Two men witness an unexplainable event in the sky as a historic solar storm approaches, and they try to survive as a terrifying life form hunts them. 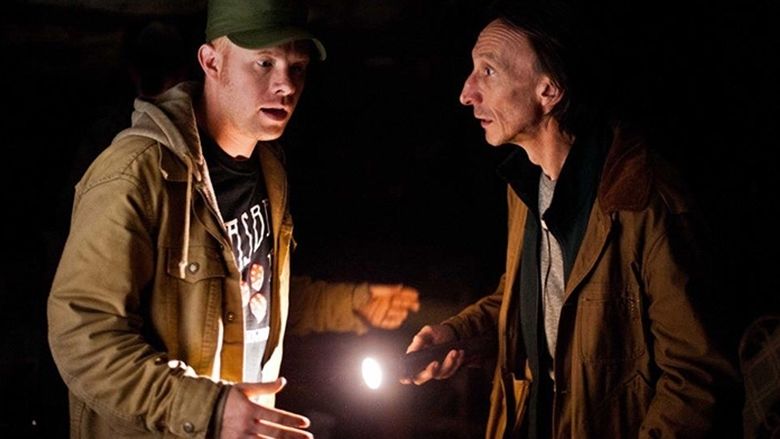 Ejecta is a 2014 science fiction film that was directed by Chad Archibald and Matt Wiele. The films script was written by Tony Burgess and stars Julian Richings as a man that has experienced an extraterrestrial encounter. Ejecta had its world premiere on August 3, 2014 at Fantasia Festival and Canadian film rights were purchased by Anchor Bay Canada. 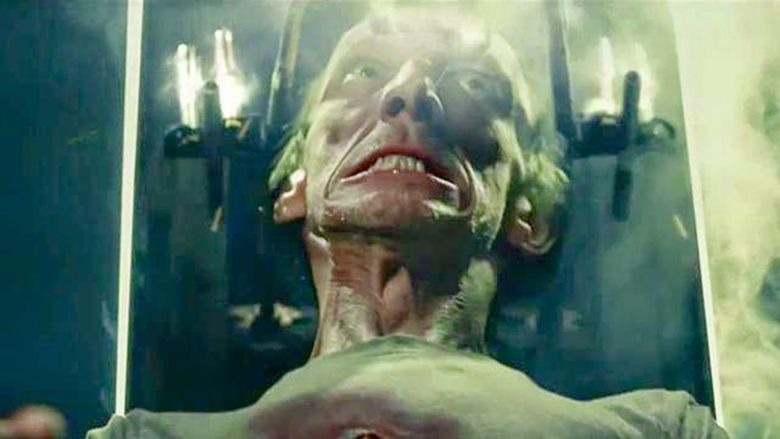 Two men witness an unexplainable event in the sky as a historic solar storm approaches, and they try to survive as a terrifying life form hunts them.

William Cassidy (Julian Richings) is a man who has had steady interactions with extraterrestrials for the last 40 years, which has left him so filled with paranoia and fear that he now spends his days as a blogger living in seclusion. He contacts Joe Sullivan (Adam Seybold), an alien researcher and conspiracy theorist blogger, and invites him to his home on the night of a solar event that Cassidy believes could be potentially dangerous to Earth. The film switches back and forth between footage from that night to a later day where Cassidy is being interrogated by an unseen person.

Dread Central praised Ejecta for its script, writing "On the surface Ejecta is a twisting tale of sci-fi horror involving shadowy figures, terrestrial or otherwise; but Burgess, never one to spoon feed you answers, slides in the subtext in an almost inconspicuous manner, compelling the viewer to truly think about what they just watched." Shock Till You Drop also praised Burgesss script in their review and stated that while the films aliens "do bring some scares, the real horror is the way it toys with the mortality of people and the planet."