Chaozhou (Chinese: ), alternatively transliterated Chiuchow, Chaochow, or Teochew is a city in eastern Guangdong province of the Peoples Republic of China. It borders Shantou to the south, Jieyang to the southwest, Meizhou to the northwest, the province of Fujian to the east, and the South China Sea to the southeast. It is administered as a prefecture-level city with a jurisdiction area of 3,110 square kilometres (1,200 sq mi) and a total population of 2,669,844. Along with Shantou and Jieyang, Chaozhou is part of the Chaoshan region.

Chaozhou is located in the easternmost part of Guangdong Province, north of the coastal Shantou City. It is situated in the north of the delta of the Han River, which flows throughout the city. 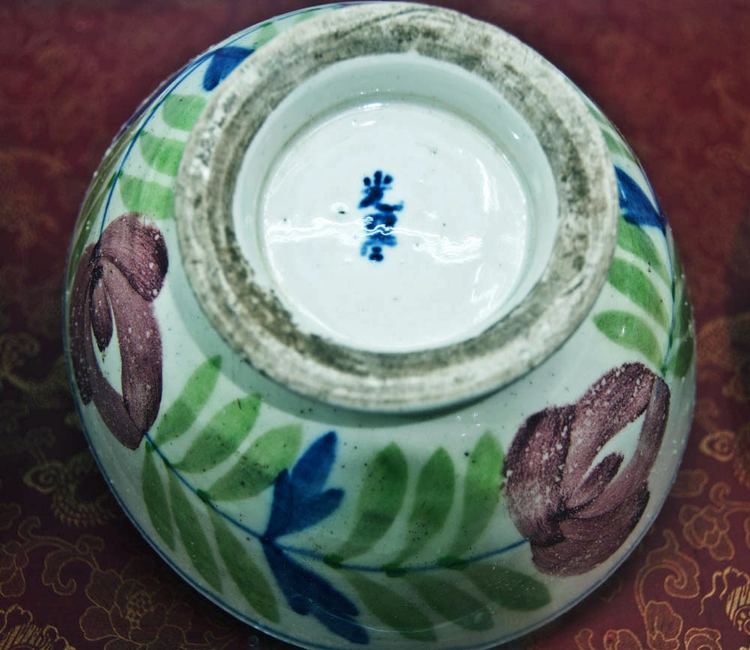 In 214 BC, Chaozhou was an undeveloped and named part of Nanhai Commandery () of the Qin Dynasty. In 331 during the Eastern Han Dynasty, Haiyang () was established as a part of Dongguan Commandery (). 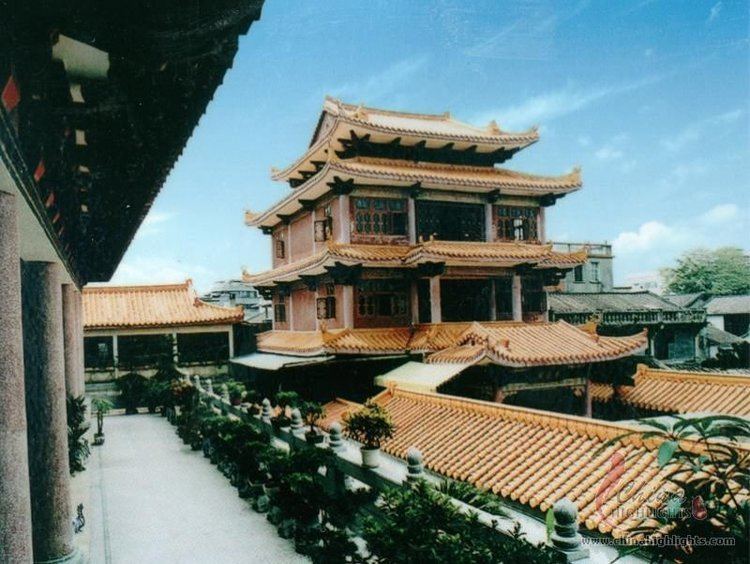 For a short while in the Sui and early Tang Dynasties, Haiyang District was called Yian District (). The name remained Haiyang until 1914, when it was renamed to Chaoan County () to avoid ambiguity with the Haiyang County, Shandong.

The seat of the 1951 Guangdong Peoples Government was at Chaoan County; part of it was converted to Chaoan City in 1953 and later that year renamed Chaozhou City (county-level). In 1955, the provincial seat moved to Shantou. Chaozhou City was abolished five years later, and reestablished again in 1979. In 1983, the situation was reversed, with Chaoan abolished and made a part of Chaozhou City. Chaozhou was made a provincially administered city in January 1989, and a vice-prefecture-level city in January 1990. In December 1991, Chaozhou was further upgraded into its current statue of prefecture-level city. 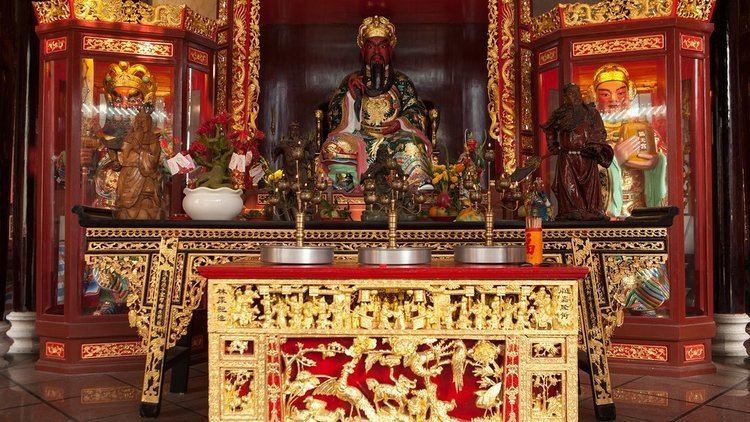 Chaozhou is famously known as one of the great cultural centres in the Lingnan region of China. Chaozhou culture is known worldwide as a unique part of world heritage. Throughout history, the Chaozhou region, was able to flourish and thrive as a prosperous cultural centre enabling the nourishing of a unique and distinctive character epitomized in the Chaozhou Dialect, Chaozhou opera, Chaozhou cuisine, Fenghuang Dancong tea, Chaozhou music, Chaozhou lion dance and Chaozhou embroidery. 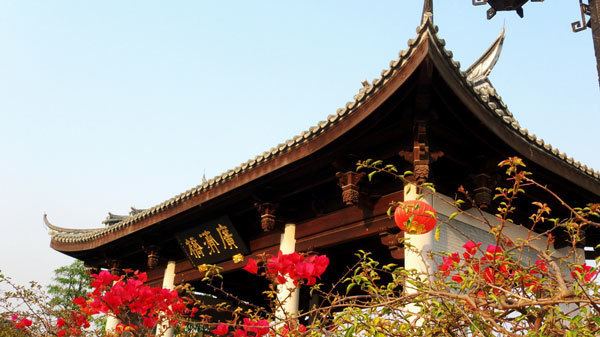 Chaozhou opera () is a traditional art form which has a history of more than 500 years and is now appreciated by 20 million Chaozhou natives in over 20 countries and regions. Based on the local folk dances and ballads, Chaozhou opera has formed its own style under the influence of Nanxi Opera. Nanxi is one of the oldest Chinese operas and originated in the Song Dynasty. Clowns and females are the most distinctive characters in a Chaozhou opera, and fan-playing and acrobatic skills are more prominent than in other types of performances.

Gongfu tea, the espresso of Chinese teas with a formidable kick, which was first sipped in the Song Dynasty, is still flourishing and remains an important part of social etiquette in Chaozhou. Visitors to local families can be sure of at least one round of Ganghu tea. Though it tastes bitter when it first reaches the mouth, it is the lingering aftertaste that marks Ganghu tea. Drinking Ganghu tea is a process of aesthetics rather than a solution to thirst.

At the local teahouse, tea service is often accompanied by Chaozhou music. String music, gong and drum music and the ancient music of set flutes are the traditional forms of Chaozhou music. Chaozhou string music is made up of mostly plucked and bowed string instruments, and on some occasions, wind instruments are used. The most characteristic instruments are the rihin (??), tihu and yahu (all two-stringed bowed lutes), the sanxian, pipa, ruan, guzheng, and yangqin. The number of instruments and performers in the ensemble is flexible and depends on the availability of instruments and musicians to play them - but to have an even and balanced texture only one of each instrument is preferred. Chaozhou drum music includes the big drum and gong, the small drum and gong, the dizi set drum and dong and su drum and gong ensembles. The current Chaozhou drum music is said to be similar to the form of the Drum and Wind Music of the Han and Tang Dynasties. The Chaozhou guzheng and erhu are also regarded as major members of the southern instrument family.

The region is best known for originating Bak Kut Teh (???), loosely translated in dialect as Meat Bone Tea which is a popular dish with overseas Chinese Teochew community in Singapore and Malaysia. Owing to its coastal geography, Chaozhou is also famed for its seafood soups and porridge known as a Myueh. 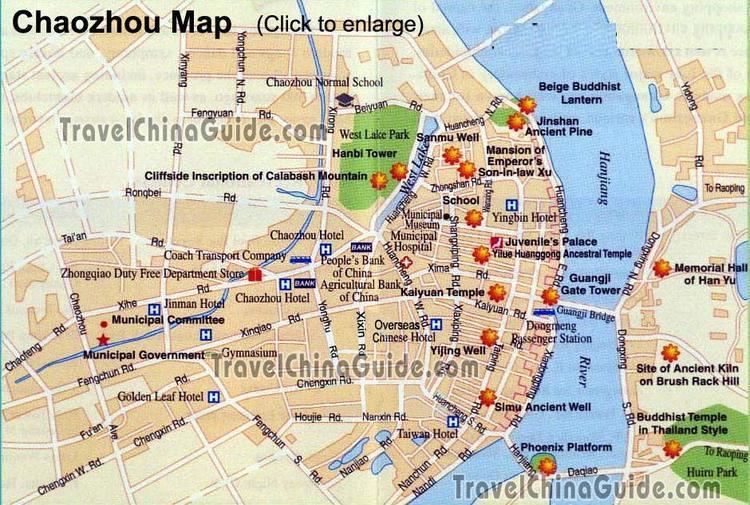 Chaozhou is a famous historical and cultural city in the country. The citys feature is known as "Classic Tourist City" which receives numerous tourists both from abroad and home. There are many valuable historic relics in Chaozhou city, totally about 600 units and among them 42 are classified as the state, provincial and citys key preservation units of cultural relics. The Chaozhou Dialect, Chaozhou Opera, Chaozhou Ganghu tea, etc. have unique features of Chaozhou culture, attracting numerous tourists from home and abroad, and are the richly endowed tourist resources.