Frankie (Frankie Avalon) and the gang are hitting the beach for some good old-fashioned shenanigans. To get the party underway, the manager (Paul Lynde) of pop singer Sugar Kane (Linda Evans) decides a skydiving publicity stunt will really do the trick. As Frankie and the others are pulled into the plan, things get out of control. Throw in Bonehead (Jody McCrea) falling in love with a mermaid (Marta Kristen) and a kidnapping biker (Harvey Lembeck), and the partys just getting started. 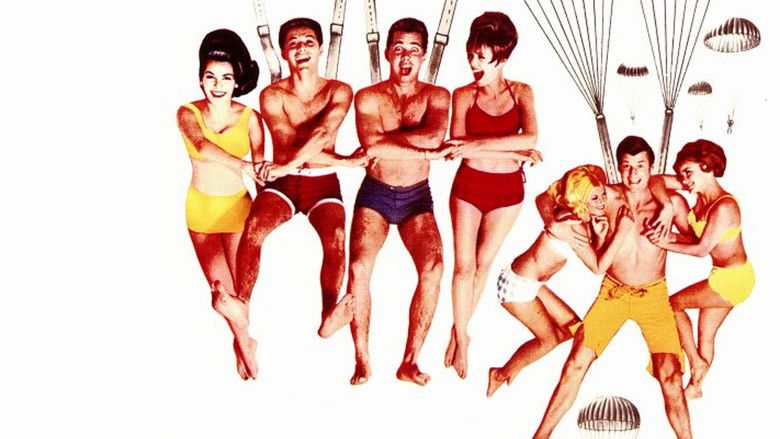 Beach Blanket Bingo is an American International Pictures beach party film, released in 1965 and was directed by William Asher. It is the fifth film in the beach party film series. The film starred Frankie Avalon and Annette Funicello and also featured cameos by Paul Lynde, Don Rickles and Buster Keaton. Linda Evanss singing voice was dubbed by Jackie Ward. 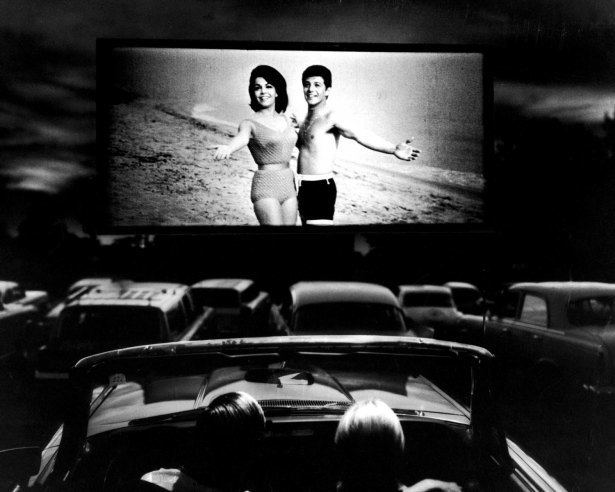 In the fourth of the highly successful Frankie and Annette beach party movies, a motorcycle gang led by Eric Von Zipper kidnaps singing star Sugar Kane managed by Bullets, who hires sky-diving surfers Steve and Bonnie from Big Drop for a publicity stunt. With the usual gang of kids and a mermaid named Lorelei.

A singer, Sugar Kane (Linda Evans), is unwittingly being used for publicity stunts for her latest album by her agent (Paul Lynde), for example, faking a skydiving stunt, actually performed by Bonnie (Deborah Walley). Meanwhile, Frankie (Frankie Avalon), (duped into thinking he rescued Sugar Kane), takes up skydiving at Bonnies prompting; she secretly wants to make her boyfriend Steve (John Ashley) jealous. This, of course, prompts Dee Dee (Annette Funicello) to also try free-falling. Eric Von Zipper (Harvey Lembeck) and his Malibu Rat Pack bikers also show up, with Von Zipper falling madly in love with Sugar Kane. To top all this, Bonehead (Jody McCrea) falls in love with a mermaid (Marta Kristen). Eventually, Von Zipper "puts the snatch" on Sugar Kane. The film takes a The Perils of Pauline-like twist, with the evil South Dakota Slim (Timothy Carey) kidnapping Sugar and tying her to a buzz-saw.

Elsa Lanchester was originally announced for a small role off the back of her performance in Pajama Party but does not appear in the final film.

Deleted sequences and songs
Dee Dee leaves the beach club and sings “I’ll Never Change Him” by herself at the beach house.

(This sequence can still be seen in 16mm prints and television broadcasts of Beach Blanket Bingo, but the Region 1 MGM DVD omits it. See Music section below)

Bonehead asks Frankie if Lorelei and himself can double-date with Frankie and Dee Dee;Bonehead then goes to a dress shop to get Lorelei’s clothes – where an older saleslady flirts with him as he tries to illustrate Lorelei’s dress size;A strolling Frankie and Dee Dee see Bonehead with his arms around the older saleslady and figure she must be his date;Frankie and Dee Dee arrive to pick them up, and the four of them sing “A Surfer’s Life For Me” as they drive to the beach club in Frankie’s hot rod coupe. Then, as seen in the release print, the two couples arrive together at the beach club as the Hondells are performing “The Cycle Set.”
Movie tie-in

The score for this fifth film, like the four preceding it, was composed by Les Baxter.

Guy Hemric and Jerry Styner wrote seven songs for the film: “Beach Blanket Bingo” sung by Frankie Avalon and Annette Funicello with the cast; the duet “I Think You Think” performed by Avalon and Funicello; “These Are the Good Times” sung by Avalon; “It Only Hurts When I Cry” sung by Donna Loren; “Follow Your Leader” sung by Harvey Lembeck with the “Rat Pack;” and the two songs “New Love” and “Fly Boy” – both of which were sung by studio call vocalist Jackie Ward off-screen – and lip-synched by Linda Evans onscreen.