Asap rocky before they were famous

Rakim Mayers (born October 3, 1988), better known by his stage name ASAP Rocky (stylized as A$AP Rocky), is an American rapper, singer, songwriter, and actor from Harlem, New York. He is a member of the hip hop collective ASAP Mob, from which he adopted his moniker. Rocky released his debut mixtape Live. Love. ASAP, in 2011 to critical acclaim. The success of his mixtape led to a record deal with Polo Grounds Music, RCA Records, and Sony Music Entertainment. He subsequently recorded his 2013 debut album Long. Live. ASAP, which was also well received by critics and debuted at number one on the Billboard 200. In 2015, Rocky released his second studio album titled At. Long. Last. ASAP. The album debuted at number one on the Billboard 200, making it Rocky's second consecutive album to debut at number one and has received critical acclaim from music critics. 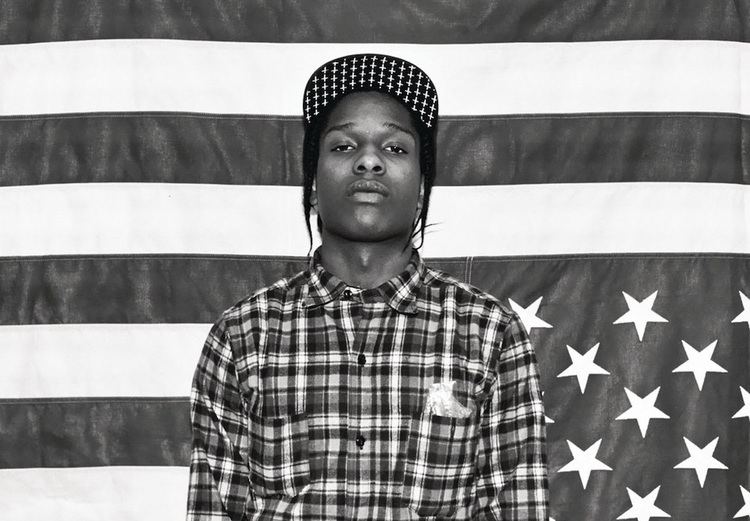 Rocky has also directed music videos for himself, Danny Brown and other ASAP Mob members. He is also a noted record producer, producing under the pseudonym Lord Flacko. 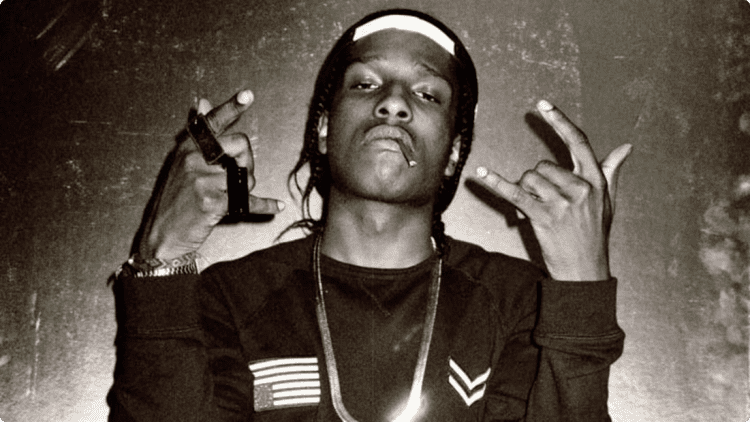 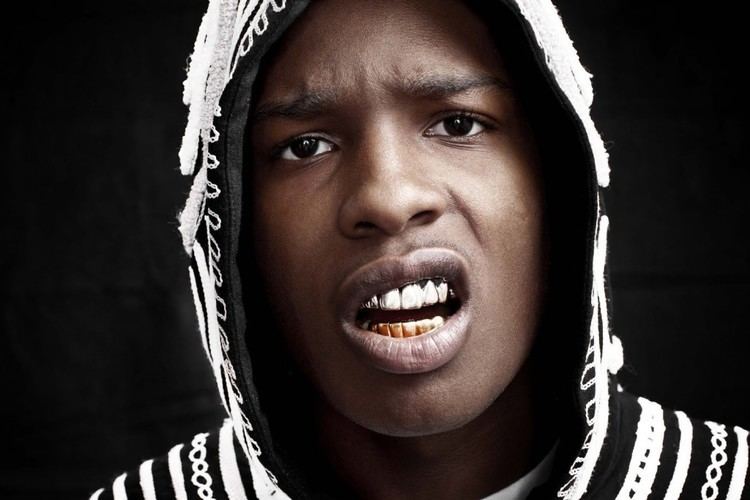 ASAP Rocky was born Rakim Mayers on October 3, 1988 in Harlem, New York City. His father was from Barbados. He also has a younger sister. Mayers was named after the Hip hop legend Rakim, one half of the Eric B. & Rakim duo. His cousin is fellow ASAP Mob member ASAP Nast. 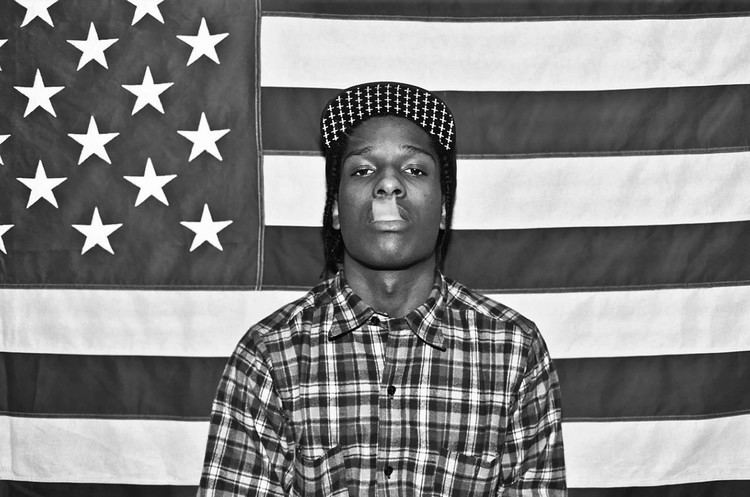 Rocky started rapping at age eight, when he moved to Harrisburg, Pa. He learned how to rap from his older brother, who also wore the French braids hairdo that Mayers later adopted. When Mayers was 12 years old, his father went to jail in connection with selling drugs; he died in 2012. When Mayers was 13, his brother was killed in Harlem. The death inspired Rocky to take rapping more seriously. Mayers grew up admiring Harlem-based rap group The Diplomats. He was also influenced by Mobb Deep, Three 6 Mafia, UGK, Run DMC, Wu-Tang Clan, and Bone Thugs-n-Harmony.

In August 2011, Rocky's debut single "Peso", was leaked online and within weeks received airplay on the high-profile Hot 97 New York radio station. After he released a music video for his song "Purple Swag", he received attention from several record labels. In October, he released the mixtape Live. Love. ASAP to critical acclaim and signed a two-year, $3 million record deal with RCA Records and Polo Grounds Music. Upon his record deal, Rocky started a label, ASAP Worldwide, with ASAP Yams. On December 5, he was nominated for BBC's Sound of 2012 poll.

Beginning in February 2012, Rocky joined Kendrick Lamar as the opening act for Drake's Club Paradise Tour. In June, SpaceGhostPurrp, founder of Miami-based collective Raider Klan and Rocky's past collaborator, accused ASAP Twelvyy of jumping Raider Klan's Matt Stoops and subsequently diassociated himself from ASAP Mob and Rocky in a YouTube video. He and Raider Klan also accused ASAP Mob of copying their style, and Rocky of using lyrics from SpaceGhostPurrp's song "My Enemy" on "Goldie". Rocky responded in a July interview for MTV, saying that SpaceGhostPurrp is "try[ing] to build hype" and told him to "stick to makin' beats".

In July, Rocky performed at the Pitchfork Music Festival. He was scheduled to make his network television debut on Late Night with Jimmy Fallon on July 20, but was arrested the night before after an alleged involvement in a brawl with 21-year-old artist iRome. The scuffle took place in downtown Manhattan and the performance was canceled. After it was rescheduled for August 21, Rocky performed "Goldie" on the show. On September 6, he also performed a guest rap on Rihanna's "Cockiness (Love It)" at the 2012 MTV Video Music Awards.

Rocky recorded his debut studio album Long. Live. ASAP with producers Clams Casino, Hit-Boy, Friendzone, ASAP Ty Beats, Soufein3000, and Joey Fat Beats. "Goldie" was released as the album's first single on April 27. On August 27, his crew ASAP Mob released the mixtape Lords Never Worry as a free download. During September through November, Rocky promoted the album with a 40-date national concert tour, the Long Live ASAP Tour, with opening acts ScHoolboy Q, Danny Brown, and ASAP Mob. Long. Live. ASAP was released on January 15, 2013, to mostly positive reviews from critics. The album debuted at number 1 on the Billboard 200 chart, with first-week sales of 139,000 copies in the United States. As of March 13, 2013, it has sold 284,000 copies. On March 16, 2015, Long. Live. ASAP was certified gold by the Recording Industry Association of America, for the shipment of 500,000 copies in the United States.

On April 12, 2013 during an interview at Wild 94.9 radio station, Rocky revealed he was working on an instrumental album which he plans to release without notice. He also discussed his favorite music videos and talked about his desire to collaborate with veteran rapper Andre 3000. On June 21, Rocky told MTV News he had completed his debut instrumental album, which mostly consists of ambient oriented instrumental tracks, titled Beauty & The Beast: Slowed Down Sessions (Chapter 1) and was originally set to be released during the summer for free download. However, that album was delayed with no other release date announced. Rocky previewed two snippets that might make the Beauty & The Beast: Slowed Down Sessions (Chapter 1) compilation titled "Riot Rave" and "Unicorn".

On March 16, 2014, Rocky has announced that he was working on his second studio album, entitled A.L.L.A. (an acronym for At. Long. Last. ASAP) which is a follow-up to his debut album, Long. Live. ASAP. Upon the wake of a delay of the ASAP Mob album, L.O.R.D., Rocky subsequently collaborated with cohorts ASAP Ferg, Nast and Twelvyy on the album's third single, "Hella Hoes", which was released on June 6, 2014. Nonetheless, ASAP Mob leader ASAP Yams announced on his Tumblr account that the album had been scrapped and the singles made for L.O.R.D. are to be included on solo albums instead.

On October 6, 2014, 3 days after his 26th birthday, Rocky launched a music giveaway called Flacko Jodye Season, which first premiered with "Multiply", which featured additional vocals from Juicy J; later released on iTunes one week after its premiere. However, Rocky later stated in a Q&A interview that "Multiply" is not part of the final tracklisting of A.L.L.A..

On New Year's Day 2015, Rocky released his sophomore album's lead single, "Pretty Flacko 2" (stylized as "Lord Pretty Flacko Jodye 2"), a sequel to "Pretty Flacko". 17 days later after the single's release, Rocky's mentor and partner, Steven "ASAP Yams" Rodriguez, died at the age of 26 with no official cause of death revealed. However, some reports later stated that Yams' cause was ruled acute mixed drug intoxication while Rocky and several ASAP Mob members and affiliates said that the late leader of the collective died due to his sleep apnea, which caused asphyxiation and pulmonary aspiration.

Sometime during 2014, Rocky (along with fellow rappers Tyga, Casey Veggies and Vince Staples) were offered cameo roles in the 2015 indie comedy-drama, Dope. The film premiered at the 2015 Sundance Film Festival on January 21, 2015. It opened in all movie theaters on June 12. There at the event, Rocky explained his expressions and grief over the death of his own friend and partner; performed "Multiply" on-stage as a dedication to his loving memory, minutes before running backstage to calm down.

On April 8, 2015, the rapper released a song titled "M's" (stylized with the dollar sign at the end as "M'$"), which debuted during an interview with the Red Bull Music Academy, and was released on the iTunes Store two days later, however, it was announced that the song was not an official single from the album. The album, however, did include a remixed version of the track that replaced Rocky's second verse with a guest verse from Lil Wayne.

On May 9, 2015, Rocky unveiled the album's cover art on his official Instagram page, with the caption "AT LONG LAST...." On the same day, an alternative artwork and the album's second single titled "Everyday" featuring Rod Stewart, Miguel and Mark Ronson (the latter of which also produced the track alongside Emile Haynie) was released.

Rocky also announced that the release date for A.L.L.A. was updated to June 2, 2015, but, however, on May 25, 2015, around 6:00 PM EDT, the album leaked online, approximately one week before its expected release. Subsequently, Rocky tweeted to announced that the album will be released at midnight (May 26), changing the date a week early.

Upon its release, At. Long. Last. ASAP received generally positive reviews from music critics. Overall, the album was supported by the release of three singles, "Pretty Flacko 2", "Everyday" and "L$D".

In addition, At. Long. Last. ASAP also spent four weeks at number one on the Top R&B/Hip-Hop Albums from June 13–July 4, before singer Leon Bridges' debut album, Coming Home, dethroned the album's run at the top slot. Also, as the R&B/Hip-Hop Albums chart's distillation, A.L.L.A. stayed at the top slot on the Rap Albums chart for a total of five nonconsecutive weeks (between June 13–July 11), before being dethroned by fellow rapper Meek Mill's second studio album, Dreams Worth More Than Money, which also debuted at number one on the Billboard 200, giving Meek Mill his first number one album to date as well.

On June 11, 2015, Rocky was featured on The Tonight Show where he performed the song "L$D" with The Roots. In June, it was confirmed that he was featured on the song "Good for You" by American actress and singer Selena Gomez. One month later, he appeared on the "Carpool Karaoke" segment of The Late Late Show, riding with Rod Stewart and host James Corden.

In October 2011, Rocky signed a record deal with Sony Music Entertainment worth $3 million, $1.7 million of which was earmarked for his solo work and $1.3 million earmarked to fund his company ASAP Worldwide, along with A&R and executive producer Steven Rodriguez. (known as ASAP Yams). Rocky said that he sought a "bigger platform" for him and his collective with the deal. His first studio album planned to be under the deal, but it allowed him to continue releasing mixtapes through RED Distribution. Fellow rapper and ASAP Mob member ASAP Ferg, also signed a joint venture deal with Rocky's same labels, RCA and Polo Grounds, who released his single "Work", for retail on iTunes, and later announced an official remix featuring Rocky, French Montana, ScHoolboy Q and Trinidad James.

In 2013, he released his ASAP clothing brand, and went to collaborate with high-profile fashion designer and close friend Raf Simons. On October 2, 2014, ASAP Rocky announced he had officially signed a contract for worldwide representation with William Morris Endeavor.

In late 2011, Rocky began dating Australian rapper Iggy Azalea, whom he met through Chase N. Cashe. Azalea confirmed that they were dating in an interview with Vibe Magazine released on January 15, 2012. It was around this time that she revealed she had tattooed the title of Rocky's breakout mixtape "Live.Love.A$AP", on her fingers. She also claimed she was not the only one with tattoos dedicated to the relationship. Later, in July 2012, Rocky said they were no longer dating. They seemed to be on and off before officially breaking it off. In March 2013, Azalea revealed she had crossed out the "A$AP" part of the tattoo, stating she had crossed it out months ago.

In July 2012, ASAP Rocky was arrested for beating a man in a New York clothing store, and two photographers who had been filming the altercation outside. He was subsequently sued for assault by the first man. The confrontation began after Shenick Alcine witnessed ASAP Rocky using illegal drugs inside the clothing store, sparking the assault. Rocky then attacked two amateur photographers who were recording the incident. He was eventually charged with assault and robbery for striking the photographers and attempting to take their cameras. In December 2012, Rocky struck a plea deal in the criminal case, pleading guilty to attempted grand larceny, with the assault and robbery charges being dropped.