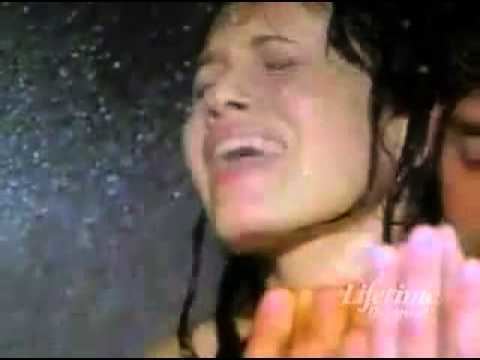 A Date with Darkness: The Trial and Capture of Andrew Luster is an American made-for-TV movie which first aired in 2003, based on a true story about criminal Andrew Luster.

Andrew Luster, the heir to the Max Factor fortune, is convicted of rape on 86 counts. This Lifetime original movie recounts the rapes committed by the infamous Andrew Luster and the women who brought him to justice.

On 14 July 2000, in Ventura County, California, young Connie is raped by the Max Factor heir Andrew Luster after ingesting a drug called Liquid X in a glass of water offered by him in a nightclub. With the support of her father, she reluctantly decides to go to the police and gives them snapshots of the occurrence. While Connie and the police collect evidence to send Andrew to the jury and during the investigation, two other victims of Andrew, Sarah and Teri, are found and join the accusation. He is placed on trial, but escapes during the proceedings. Under Federal regulations, the trial proceeds in absentia, and he is convicted.

The movie started shooting while Luster was still on the run, and was originally supposed to end with a plea for information regarding his whereabouts. However, while the film was in production, he was captured in Mexico by Duane "Dog" Chapman and returned to the country to serve an effective life sentence of 104 to 124 years. As a result, Lusters capture was written into the film at the last minute.