Timothy Donald "Tim" Cook (born November 1, 1960) is an American business executive, and is the chief executive officer of Apple Inc. Cook joined Apple in March 1998 as senior vice president of worldwide operations—he also served as executive vice president of worldwide sales and operations and was chief operating officer until he was named the CEO of Apple on August 24, 2011, when he succeeded Steve Jobs. He had previously served as acting CEO of Apple after Jobs began medical leave in January 2011. In early 2012, he was awarded compensation of one million shares, vesting in 2016 and 2021, by Apple's board of directors. Cook also serves on the boards of directors of Nike, Inc. and the National Football Foundation. In 2014, Cook became the first CEO of a Fortune 500 company to publicly identify as gay. 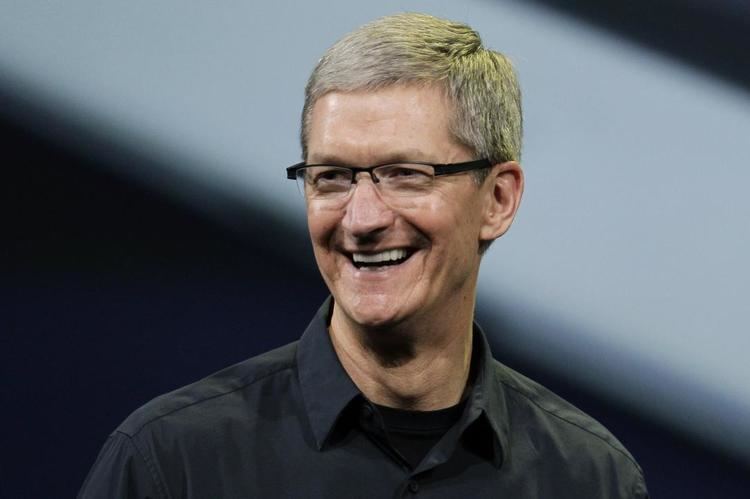 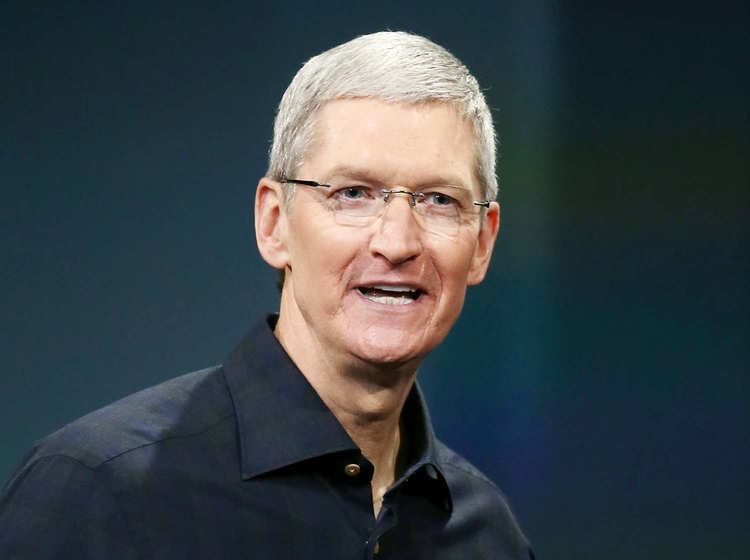 Cook was born in Mobile, Alabama, United States, and grew up in nearby Robertsdale. His father, Donald, was a shipyard worker, and his mother, Geraldine, worked at a pharmacy. 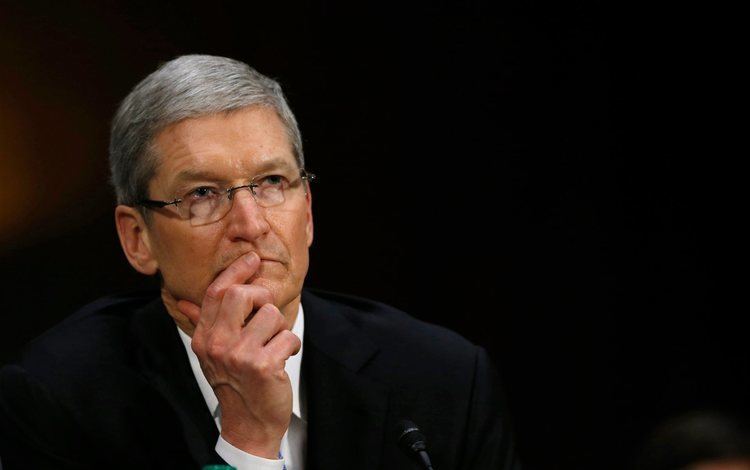 Cook graduated from Robertsdale High School. He earned a B.S. degree in industrial engineering from Auburn University in 1982, and his Master of Business Administration (MBA) from Duke University's Fuqua School of Business in 1988. 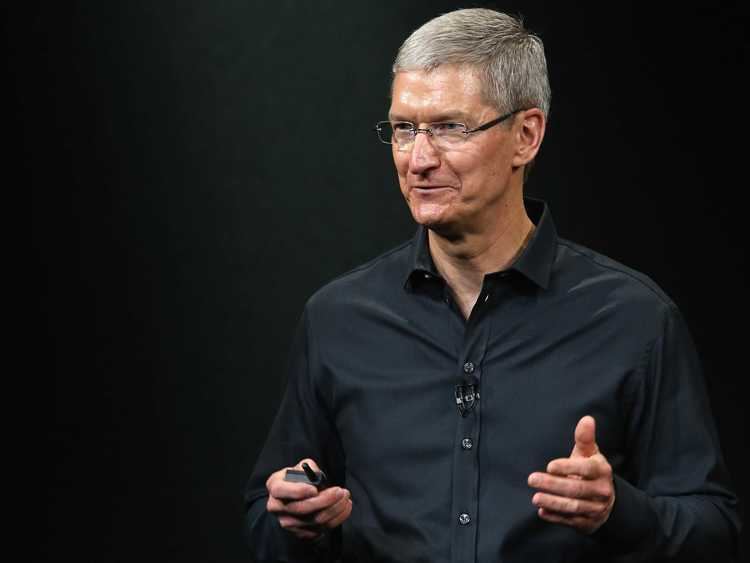 After graduating from Auburn University, Cook spent 12 years in IBM's personal computer business, ultimately serving as the director of North American fulfillment. Later, he served as COO of the computer reseller division of Intelligent Electronics and was vice president for corporate materials at Compaq for six months.

"Any purely rational consideration of cost and benefits lined up in Compaq's favor, and the people who knew me best advised me to stay at Compaq... On that day in early 1998 I listened to my intuition, not the left side of my brain or for that matter even the people who knew me best... no more than five minutes into my initial interview with Steve, I wanted to throw caution and logic to the wind and join Apple. My intuition already knew that joining Apple was a once in a lifetime opportunity to work for the creative genius, and to be on the executive team that could resurrect a great American company."

His first assignment was SVP for worldwide operations. In relation to the role, Cook was quoted as saying: "You kind of want to manage it like you're in the dairy business. If it gets past its freshness date, you have a problem". Cook closed factories and warehouses, replacing them with contract manufacturers, causing a reduction in the company's inventory, from months to days. Predicting its importance, his group invested in long-term deals such as advance investment in flash memory from 2005 onwards, guaranteeing stable supply of what became a key iPod Nano, then iPhone and iPad component. Competitors at HP, describing their cancelled TouchPad tablet computer, later said that it was made from "cast-off reject iPad parts." Cook's actions were credited with keeping costs under control and, combined with the company's design and marketing savvy, generated huge profits.

In January 2007, Cook was promoted to the position of COO and served as CEO in 2009, while Jobs was away on a leave of absence to manage his health. In January 2011, Apple's board of directors approved a third medical leave of absence requested by Jobs. During that time, Cook was responsible for most of Apple's day-to-day operations, while Jobs made most major decisions.

After Jobs resigned as CEO and became chairman of the board, Cook was named CEO of Apple Inc. on August 24, 2011. Six weeks later, on October 5, 2011, Jobs died because of complications from cancer. Forbes contributor Robin Ferracone wrote in September 2011: "Jobs and Cook proceeded to forge a strong partnership, and rescued the company from its death spiral, which took it from $11 billion in revenue in 1995 down to less than $6 billion in 1998 ... Under their leadership, the company went from its nadir to a remarkable $100 billion today". In April 2012, Time included Cook on its annual "100 Most Influential People in the World" list.

On October 29, 2012, Cook made major changes to the company's executive team. Scott Forstall resigned as senior vice president of iOS, and became an advisor to Cook until he eventually departed from the company in 2013. John Browett, who was SVP of retail, was dismissed six months after he commenced at Apple, when he received 100,000 shares worth US$60 million. Forstall's duties were divided among four other Apple executives: design SVP Jonathan Ive assumed leadership of Apple's human interface team; Craig Federighi became the new head of iOS software engineering; services chief Eddy Cue became responsible for Maps and Siri; and Bob Mansfield, previously SVP of hardware engineering, became the head of a new technology group.

Cook's executive changes occurred after the third quarter of the fiscal year (Q3), when revenues and profits grew less than predicted. One commentator said that Forstall was forced to step down, as Cook "decided to lance the boil as internal politics and dissent reached a key pitch". Since becoming CEO, Cook focused upon building a harmonious culture that meant "weeding out people with disagreeable personalities—people Jobs tolerated and even held close, like Forstall"; although, another journalist said that "Apple's ability to innovate came from tension and disagreement."

Alongside Google vice-president Vint Cerf and AT&T CEO Randall Stephenson, Cook attended a closed-door summit held by President Barack Obama, on August 8, 2013, in regard to government surveillance and the Internet in the wake of the Edward Snowden NSA incident.

On February 28, 2014, Cook made headlines when he challenged shareholders to "get out of the stock" if they didn't share the company's views on sustainability and climate change.

As Apple Inc. CEO, Cook regularly begins sending emails at 4:30 a.m. and previously held Sunday-night staff meetings by telephone to prepare for the next week. Cook shared the keys to his leadership at Apple in May 2013: people, strategy, and execution; he explained, "If you get those three right the world is a great place." Under Cook's leadership, Apple has increased its donations to charity, and in 2013, he hired Lisa Jackson, formerly the head of the Environmental Protection Agency, to assist Apple with the development of its renewable energy activities.

Cook is a fitness enthusiast and enjoys hiking, cycling, and going to the gym. Cook is known for being mostly solitary. He uses an off-campus fitness center for privacy, and very little is publicly known of his personal life. He explained in October 2014 that he has sought to achieve a "basic level of privacy". Cook was misdiagnosed with multiple sclerosis in 1996, an incident he said made him "see the world in a different way". He has since taken part in charity fundraising, such as cycle races to raise money for the disease. Cook later told an Auburn alumni magazine that his symptoms came from "lugging a lot of incredibly heavy luggage around."

In 2009, Cook offered a portion of his liver to Jobs, since both share a rare blood type. Jobs responded by yelling, "I'll never let you do that. I'll never do that."

While delivering the 2010 commencement speech at Auburn University, Cook emphasized the importance of intuition during significant decision-making processes in his life, and further explained that preparation and hard work are also necessary to execute on intuition.

While it had been reported in early 2011 that Cook was gay, Cook chose to keep his personal life private. He did publicly support LGBT rights. In October 2014, the Alabama Academy of Honor inducted Cook, who spoke about his home state's record of lesbian, gay, bisexual and transgender rights. The Academy of Honor is the highest honor Alabama gives its citizens.

On October 30, 2014, Cook came out as gay in an editorial for Bloomberg Business, stating "I'm proud to be gay, and I consider being gay among the greatest gifts God has given me." Cook also explained that he has been open about his sexuality "for years" and, while many people at Apple were aware of his sexual orientation, he sought to focus on Apple's products and customers rather than his personal life. He ended the article by saying "We pave the sunlit path toward justice together, brick by brick. This is my brick." As a result, Cook became the first openly gay CEO on the Fortune 500 list. In September 2015, Cook appeared on The Late Show with Stephen Colbert; when asked about what inspired him to publicly reveal his sexual orientation, he responded, "Where I valued my privacy significantly, I felt that I was valuing it too far above what I could do with other people, so I wanted to tell everyone my truth."

According to Fortune, Cook has Apple stock worth about $120 million and options with a value of $665 million. In March 2015, he said he planned to donate his entire fortune to charity. As of July 1, 2015, Cook serves on Duke University's board of trustees.