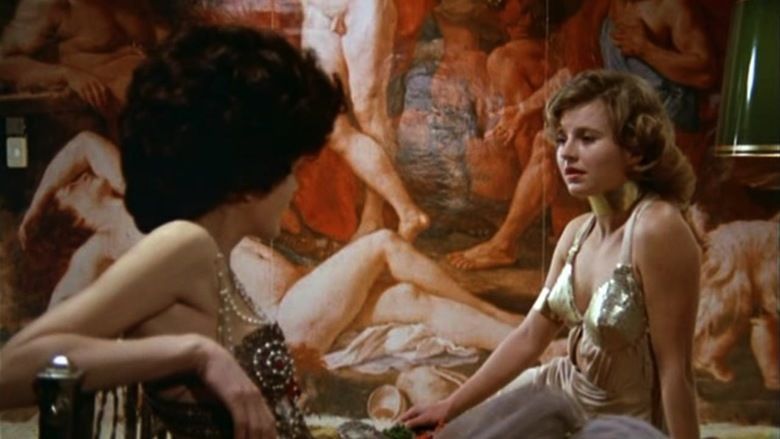 The Bitter Tears of Petra von Kant (German: ) is a 1972 German film directed by Rainer Werner Fassbinder, based on his own play. This film has an all-female cast and is set in the home of the protagonist, Petra von Kant. It follows the changing dynamics in her relationships with the other women. The film was entered into the 22nd Berlin International Film Festival. 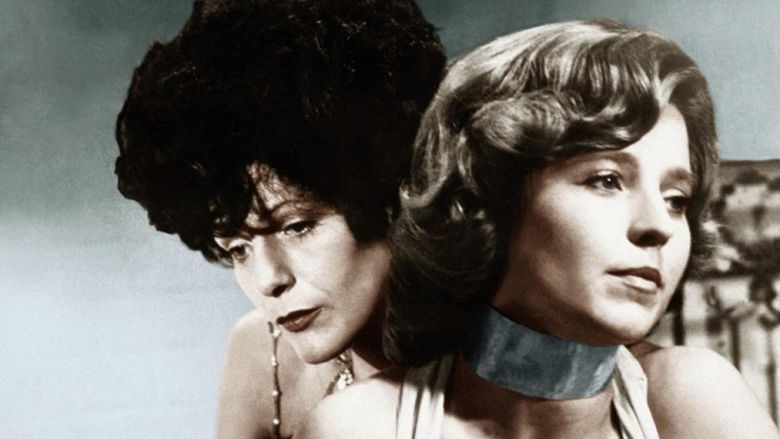 Petra von Kant is a successful fashion designer arrogant, caustic, and self-satisfied. She mistreats Marlene (her secretary, maid, and co-designer). Enter Karin, a 23-year-old beauty who wants to be a model. Petra falls in love with Karin and invites her to move in. The rest of the film deals with the emotions of this affair and its aftermath. Fassbinder tells his story in a series of 5 or 6 long scenes with extended uses of a single camera shot and deep focus. Written by 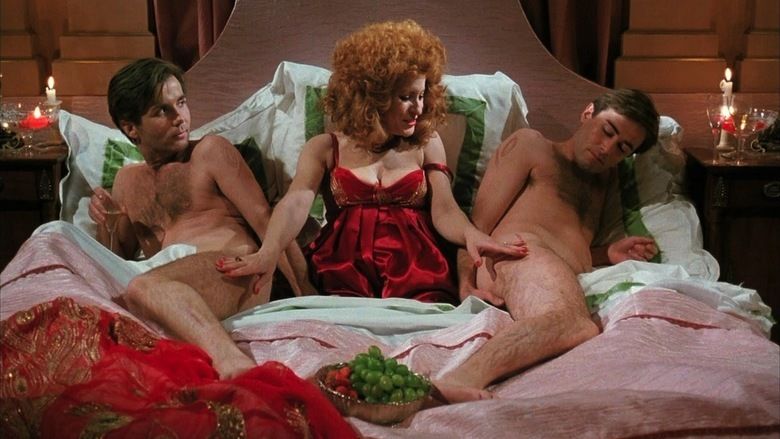 Petra von Kant (Carstersen) is a prominent fashion designer based in Bremen. The film is almost totally restricted to her apartments bedroom, decorated by a huge reproduction of Poussins Midas and Bacchus (c.1630), which depicts naked and partially clothed men. The room also contains numerous life-size mannequins for her work, though only her assistant Marlene (Hermann) is shown using them.

Petras marriages have ended in death or divorce. Her first husband, Pierre, was a great love, who died in a car accident while Petra was pregnant; the second began the same way, but ended in disgust. Petra lives with Marlene, another designer, whom she treats as a slave, and reveals her sadistic side by making codependent relationships. 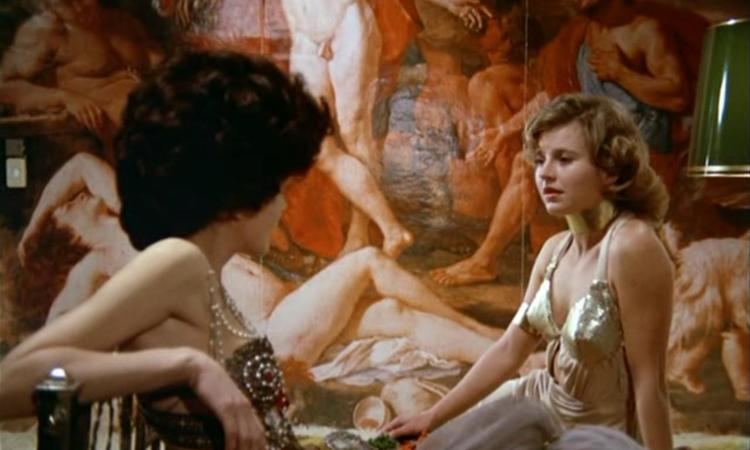 Von Kant is shown being awoken by Marlene. She begins her day and gets dressed while her assistant attends to her. Von Kant makes a phone call to her mother, makes demands of Marlene (including slow-dancing), and dons a brown wig just before she receives a visitor.

Petra talks to Sidonie (Schaake), her cousin, about her male relationships. Meanwhile, Marlene does the work and acts as hostess. Karin Thimm (Schygulla), Sidonies friend, joins the women. Karin, newly returned to Germany after residing in Sydney for five years, is a desirable 23-year-old woman. Petra is immediately attracted to Karin, and at this first meeting, suggests Karin becomes a model. Karin agrees to return the following day. 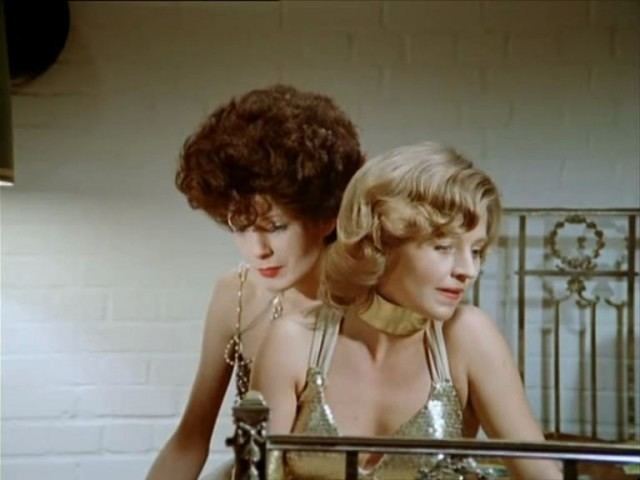 Petra quickly falls madly in love with Karin. The next day, with Marlene showing clearer signs of frustration, but still typing, Petra, now wearing a larger and dark wig, offers to support Karin while she trains to be a model. Karins husband has remained in Sydney, though Petra is only momentarily put off by this revelation. The women soon show their incompatibility. Petra had a happy childhood and came from a home where the good things in life were always stressed. Karins father was a toolmaker, and she always felt neglected by her parents. Petra loved mathematics and algebra at school, but Karin could never understand arithmetic and the point of substituting letters for numbers. Petra has a daughter, whom she rarely sees, but reassures herself that her daughter is at the best possible boarding school.

Karins parents are now both dead. She says people reject her when they find out about her history, but Petra now admits to a great affection for her, even stronger after having heard her family history. Petra orders Marlene to get a bottle of Sekt. Karin goes into more detail about her parents death. Her father was laid off because of his age. In a drunken stupor, he killed Karins mother and then hanged himself. Karin feels she has drifted in her life; her husband in Sydney treated her as a slave and offered no reprieve from her past, but Petra insists this is about to change. Marlene returns with the bottle of Sekt in a tumbler, silently returns to her typing, and the other two women toast each other. Petra promises to make Karin a great model. Marlene, previously hidden by a curtain, stops typing and glares at Petra. While listening to a record, Petra says life is predestined, people are brutal and hard and everyone is replaceable. Petra, discovering the expense of Karins hotel, suggests she move in with her. Marlene resumes her typing, but after Karin agrees to move in with Petra, she is ordered to bring more Sekt. While Petra admits to being in love with Karin, Karin herself can only say she likes Petra. Six months or so pass. 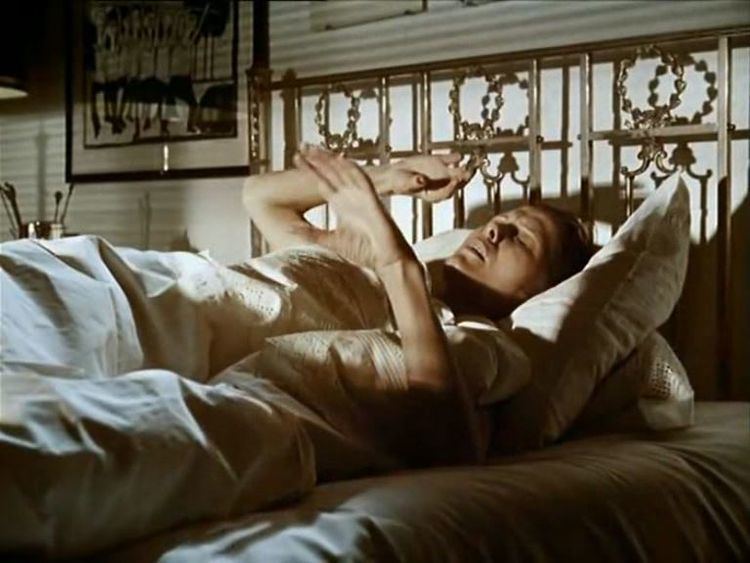 Petra, resplendent in a red wig, is getting dressed, while Karin is in bed reading a colour magazine. Petra cancels a flight to Madrid over the telephone, a habit which Karin thinks is pointless, and Petra orders Marlene to find her shoes. Karin thinks Marlene is strange, but Petra reassures her that Marlene loves her. Karin still cannot say she loves Petra. Karins own capacity for cruelty emerges while the two drink gin and tonics together. The previous night, Karin had been out until 6am, and admits to having slept with a man, though she keeps changing her precise story; Petra is jealous and shouts at Marlene. Freddy, Karins husband, telephones from Zurich. It emerges they have been in contact by letter, and Karin is no longer planning on gaining a divorce; rather she is rejoining her husband. Petra calls her a "rotten little whore", and Karin responds that being with Petra is less strenuous than walking the streets. She asks Petra to book a flight to Frankfurt, where she is to meet her husband, and asks for 500DM from Petra, though Petra freely gives her twice that. Marlene drives Karin to the airport; Petra is now too drunk to drive. 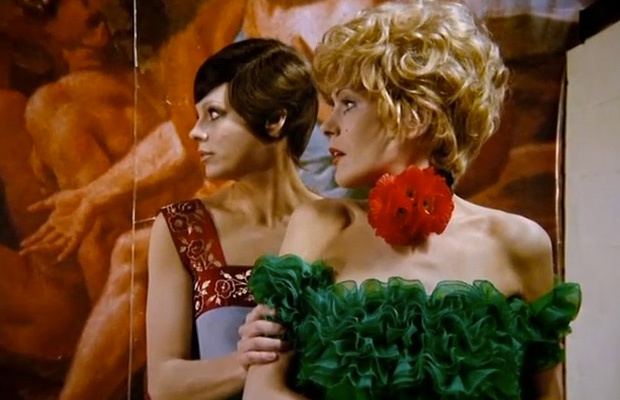 On Petras birthday, the bedroom is almost empty. Petra, lying on the floor and now wearing a blond wig, is drinking heavily while assuming her object of love and hate, Karin, will phone. Her daughter Gaby (Eva Mattes) arrives. Petra tells her little; Gaby admits to being in love with a young man, though it is so far unrequited. Sidonie appears with a birthday present: a doll with a blond hair like Karins. She admits to knowing Karin is in Bremen that day. Petras mother Valerie (Gisela Fackeldey) is subjected to abuse in her turn. Petra accuses her of being a whore who never worked and lived off her husband. Petra tramples on the china tea service Marlene had brought in; she insists on an ability to smash anything she has bought. She insists she is not crazy about Karin, but loved her. She claims Karins little finger is worth all of them put together. Her mother, previously unaware of Karin, is shocked at the thought of her daughter being in love with another woman. Petra rejects Sidonie and hopes not to see her again, but Sidonie stays. 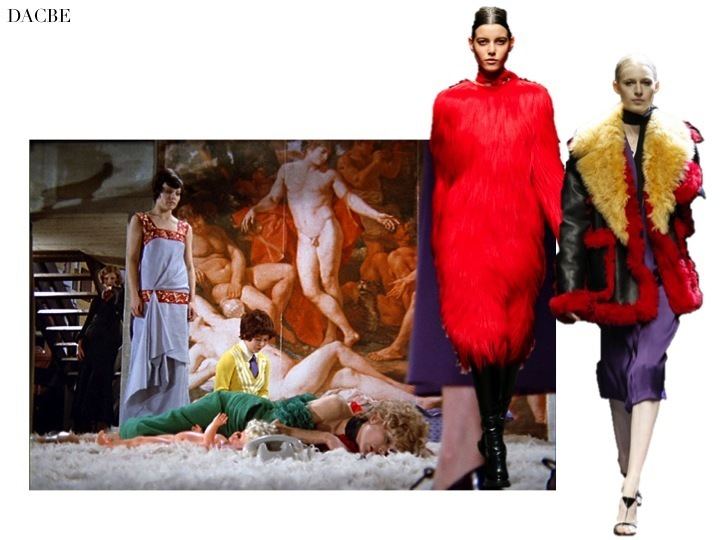 Later, Petra lies in bed sans wig, her natural auburn hair on display. She is apologetic to her mother, and realizes she wanted to possess Karin rather than love her. Karin rings from Paris, offering the chance that they will perhaps meet again. Petra turns to Marlene after her mother has left, and admits she has to apologize to her for many things. It will be different from now on, Petra promises, adding that she will share her life with Marlene. But Marlene, who has satisfied her personal masochistic desire in submitting to Petra, packs her small suitcase, leaves and takes the doll with her.

The text of the play, in its English translation by Denis Calandra, was employed by Gerald Barry as the libretto for his five-act opera, commissioned by RTE and English National Opera and premiered in Dublin and London in 2005. The opera is also available on CD featuring the RTE National Symphony Orchestra.