Saint John is the largest city in New Brunswick and the second largest city in the maritime provinces. It is known as the Fundy City due to its location on the north shore of the Bay of Fundy at the mouth of the Saint John River, as well as being the only city on the bay. In 1785 Saint John became the first incorporated city in Canada. 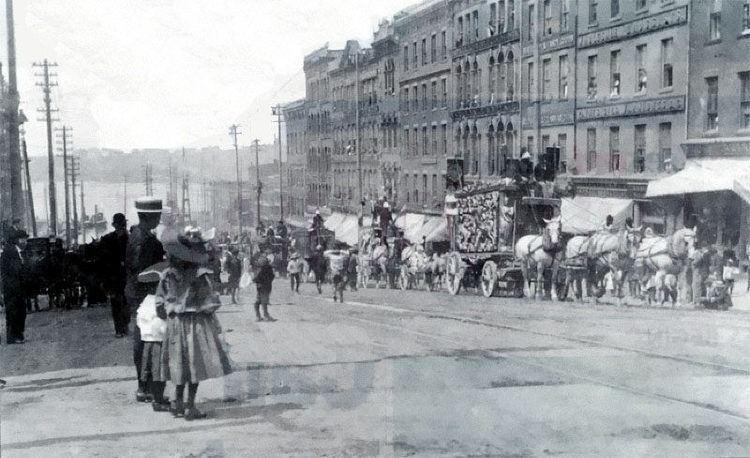 Situated in the south-central portion of the province, along the north shore of the Bay of Fundy at the mouth of the Saint John River, the city is split by the south-flowing river and the east side is bordered on the north by the Kennebecasis River where it meets the Saint John River at Grand Bay. The harbour is home to a terminal for cruise ships as well as being a fairly busy home for various container ships.

The Saint John River itself flows into the Bay of Fundy through a narrow gorge several hundred feet wide at the centre of the city. It contains a unique phenomenon called the Reversing Falls where the diurnal tides of the bay reverse the water flow of the river for several kilometres. A series of underwater ledges at the narrowest point of this gorge also create a series of rapids.

The topography surrounding Saint John is hilly; a result of the influence of two coastal mountain ranges which run along the Bay of Fundy – the St. Croix Highlands and the Caledonia Highlands. The soil throughout the region is extremely rocky with frequent granite outcrops. The coastal plain hosts numerous freshwater lakes in the eastern, western and northern parts of the city.

In Saint John the height difference from low to high tide is approximately 8 metres (28 ft) due to the funnelling effect of the Bay of Fundy as it narrows. The Reversing Falls in Saint John, actually an area of strong rapids, provides one example of the power of these tides; at every high tide, ocean water is pushed through a narrow gorge in the middle of the city and forces the Saint John River to reverse its flow for several hours.

Politically, socially, economically, as well as geographically, the sea has shaped Saint John. The Fundy City, as the city has been called as it is the only city located on the Bay of Fundy, has a long history of shipbuilding at the citys dry dock which is one of the largest in the world. Since 2003 shipbuilding has ended on the scale it once was forcing the city to adopt a new economic strategy. The University of New Brunswick, the New Brunswick Museum and the New Brunswick Community College are important institutions along with Radian6 and Horizon Health Network and many others are a part of Saint Johns fast growing Research and Information Technology sectors. As the city moves away from its industrial past it now begins to capitalize on the other new growing economies in Saint John of tourism, having over 1.5 million visitors a year and 200,000 cruise ship visitors a year, creating a renaissance in the citys historic downtown (locally known as uptown) with many small businesses moving in and large scale waterfront developments underway such as the Fundy Quay being condo, hotel, office space along with the Saint John Law Courts and Three Sisters Harbour front condos.

Saint John shares much of the same cultural roots found in cities like Boston and New York. The presence of Irish heritage is very apparent along with strong maritime traditions. Saint John is a true maritime city with ties to the fisheries and shipbuilding, and is known for the Marco Polo as its flagship vessel. The city has been a traditional hub for creativity, boasting many notable artists, actors and musicians, including Walter Pidgeon, Donald Sutherland, Louis B. Mayer, Fred Ross and Miller Brittain.

Saint John has a long history of brewers, such as Simeon Jones, The Olands, and James Ready. The city is now home to Moosehead Breweries, James Ready Brewing Co., and Big Tide Brewing Co.

Dance, music, and theatre ensembles in the city include:

The following museums are also located in Saint John:

National Historic Sites of Canada located in Saint John include the following: