Two former geeks become 1980s Punks, then party and go to concerts while deciding what to do with their lives.

SLC Punk! is a 1998 American comedy-drama film written and directed by James Merendino. The film is about the young punk rock fan Steven "Stevo" Levy, a college graduate living in Salt Lake City. The character is portrayed as a stereotype of an anarchist punk in the mid-1980s. Many events and characters in the movie are allegedly based on real life, although they may have been exaggerated.

The character of Stevo is based on the life of writer/director James Merendino, although the character is named after Stephen Egerton, originally known as Stephen "Stevo" OReilly, who played for the Salt Lake City punk band Massacre Guys, and eventually joined the L.A. bands Descendents and ALL. SLC Punk was chosen as the opening-night feature at the 1999 Sundance Film Festival.

Merendino created the film based on his experience growing up in Salt Lake City. Although the film is not autobiographical, Merendino has said that many characters were based on people he knew.

Two former geeks become 1980s punks, then party and go to concerts while deciding what to do with their lives.

The film outlines the daily lives of two punks in Salt Lake City, Utah in the fall of 1985: Stevo and his best friend, "Heroin" Bob; Stevo narrates the film. The nickname "Heroin" is ironic, as Bob is afraid of needles and actually believes that any drug (with the notable exception of alcohol and cigarettes) is inherently dangerous.

Stevo and Bob go from party to party while living in a dilapidated apartment. They spend much of their time fighting with members of other subcultures, particularly Rednecks. Stevo has a casual relationship with a girl named Sandy, while Heroin Bob is in love with Trish, the manager of a head shop, however he is reluctant to ask her to become his girlfriend.

The two of them are shaped by their experiences with their parents. Stevos parents, now divorced, are former hippies who are proud of their youthful endeavors; however, Stevo is revolted by what he perceives as their "selling out" by becoming affluent Reagan Republicans, which they lamely try to justify. Stevos grades are excellent, and when his father—a lawyer with a Porsche and a penchant for younger women—sends an application to Harvard Law School and Stevo is accepted, he nevertheless rejects it because of his beliefs. By contrast, Bobs father is a paranoid, drunken wreck who mistakes his son and his friend for Central Intelligence Agency operatives, and chases them away with a shotgun when they visit him on his birthday. 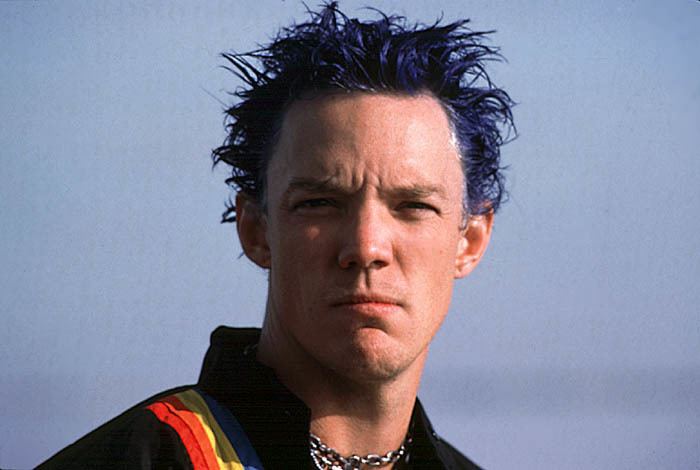 Stevo begins to see the drawbacks of living the punk life. Sean, a fellow punk, is a drug dealer who once attempts to stab his mother while under the influence of an entire 100-dose sheet of acid, before being taken away by the police; Stevo later finds him panhandling on the streets with some obvious mental issues. 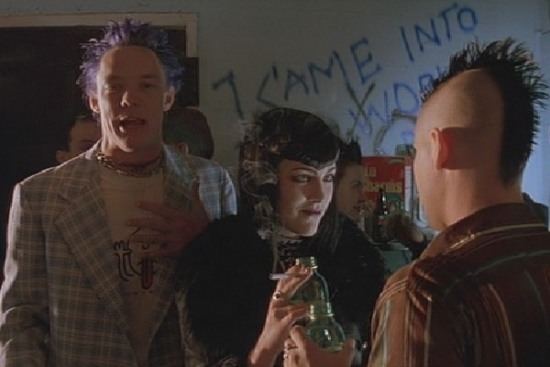 While Stevo understands that his relationship with Sandy is casual, hes still enraged when he discovers her having sex with another man, and savagely beats him, later loathing himself because his action contradicts his own belief in anarchism. His social circle begins to drift away, as Mike leaves Salt Lake City to attend the University of Notre Dame. Stevo falls in love with a young rich girl named Brandy (Summer Phoenix), who points out that his anarchistic clothing and attitude are more of a fashion choice than an actual political philosophy. Rather than being offended, Stevo takes the criticism thoughtfully and they passionately kiss.

At the same party, Heroin Bob complains of a headache (induced by Spandau Ballets "She Loved Like Diamond" playing on a stereo), and is given Percodan, which he consumes after being told the pills are simply "vitamins" that will help his headache. The accidental drug overdose kills him in his sleep, seemingly justifying the aversion to chemicals he previously espoused in a diatribe delivered to Stevo. When Stevo discovers that his best friend is dead, he breaks down completely. At the funeral, he appears with a shaved head and changed clothing, and decides that hes done with his punk lifestyle. He decides to go to Harvard, and suggests in the narration that he marries Brandy and she will be the mother of his children. He notes in his closing narration that his youthful self would probably kick his future selfs ass, wryly describing himself as ultimately just another poseur. 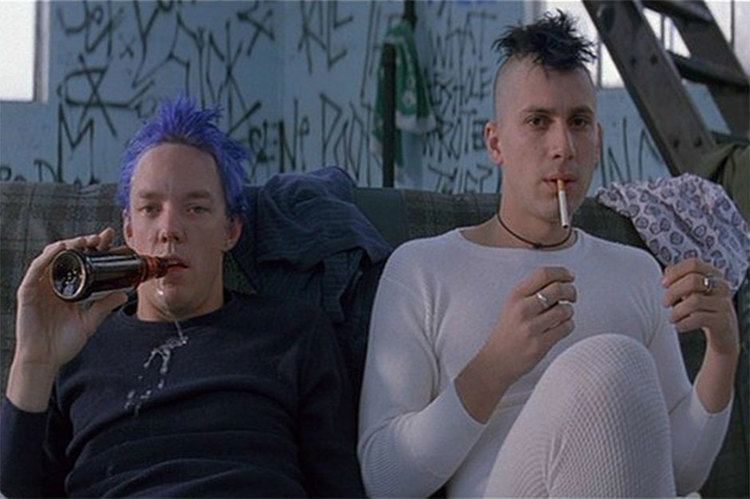 The film features several cliques presented as "tribes." The film focuses primarily on the punk tribe, but includes several others as well: 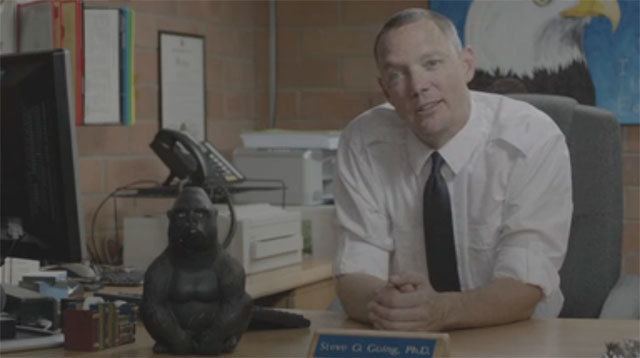 Writer-director James Merendino produced a comic book adaptation of the film in 1999, illustrated by Dean Haspiel and published by Straight Edge Productions/Lulu Publishing.

Eight Bucks Experiment, the band portraying fictional English band ECP, were featured on a European release of the soundtrack. The three songs they recorded live for the punk concert scene were sent back to the band after filming. They self-released the songs on the One Of These Days EP through their Blue Moon Recordings Label website. 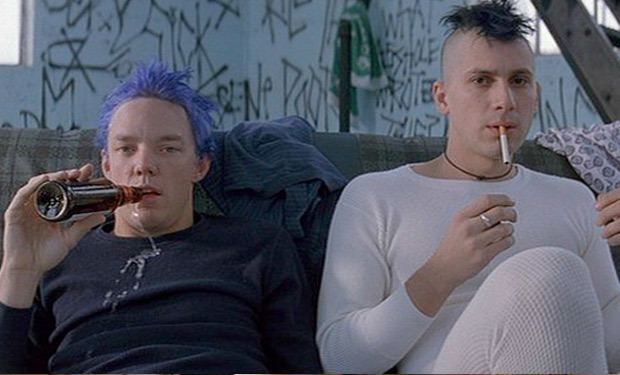 In April 2013, director James Merendino announced that a sequel to SLC Punk! titled Punks Dead will begin filming later in the year and will be released in 2014 with most of the original cast reprising their roles. The film was successfully funded by an Indiegogo campaign launched on October 27, 2013, and completed on January 15, 2014. Merendino said of the sequel, “I made SLC Punk! when I was a kid, and accordingly, the story is naive, and, as just a coming of age story, not finished. The characters are facing big questions, 18 years later, as outsiders, punk rockers… What relevance do they have in a world where all statements have already been made? In the years since I made SLC Punk!, it has found a rather large and supportive following who have been very kind to me. So in making a sequel, I feel I owe it to those people to really do it right."

In May 2014, the film was announced to be shooting in June, with its cast officially announced to include Devon Sawa, Michael Goorjian, Adam Pascal and James Duval returning as Sean, Heroin Bob, Eddie and John the Mod, respectfully, with Ben Schnetzer appearing as Heroin Bobs son, Ross, Machine Gun Kelly as Crash, and Hannah Marks and Sarah Clarke will portray the female leads. Also in May, Matthew Lillard and Jason Segel, who starred in the original film announced that they will not be reprising their roles through social media.