A platoon of South Korean soldiers falls victim to a curse while searching the jungle for the source of a mysterious distress call. 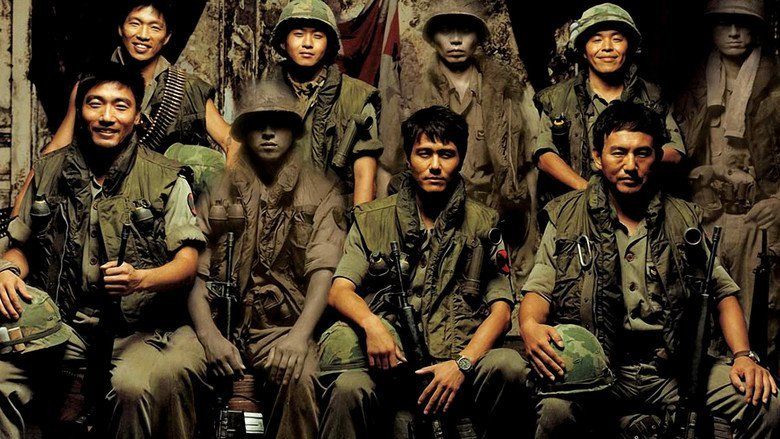 R-Point (Hangul: ) is a 2004 Korean horror film written and directed by Kong Su-chang. Set in 1972 Vietnam, during the Vietnam War, it stars Kam Woo-sung and Son Byung-ho as members of the South Korean military in Vietnam. Most of the movie was shot in Cambodia. Bokor Hill Station plays a prominent part of the movie, in this case doubling as a colonial French plantation.

On 07 January 1972, the South Korean base in Nah-Trang, Vietnam, receives a radio transmission from a missing platoon presumed dead.

On 7 January 1972, the South Korean base in Nha-Trang, Vietnam, receives a radio transmission from a missing platoon that has been presumed dead. The high-command assigns the veteran and decorated Lieutenant Choi Tae-in to lead a squad of eight other soldiers to extract the missing soldiers from the rendezvous point or R-Point. When they arrive at the location, they engage and defeat a Vietnamese woman with a machine gun. They later find a tombstone sayinging that one hundred years previously, local Vietnamese were killed by the Chinese who disposed of them in a lake. A temple built over the site has become a sacred location to the Vietnamese. They find an immense, but empty mansion, where they set up their base. They have a week to find the missing soldiers, but time is passing slowly when one of them dies in a horrific way, and instead of finding answers, they encounter further mysteries......

Before the film was released, filmmakers conducted viral marketing to promote the film. The official website, www.rpoint.com, carried several fictional articles such as a journal written by an American war correspondent, statements made by various soldiers who witnessed events portrayed innthe film, radio transmissions supposedly received by Korean soldiers, internet news links about missing Korean soldiers in Vietnam, and a fictional timeline of R-Point.