Pescara    is the capital city of the Province of Pescara, in the Abruzzo region of Italy. As of 1 January 2007 it was the most populated city within Abruzzo at 123,059 residents, approximately 450,000 including the surrounding metropolitan area. Located on the Adriatic coast at the mouth of the Aterno-Pescara River, the present-day municipality was formed in 1927 joining the municipalities of Pescara, the part of the city to the south of the river, and Castellamare Adriatico, the part of the city to the north of the river. The surrounding area was formed into the province of Pescara. The poet Gabriele DAnnunzio, a native of Pescara, was a major sponsor for the creation of the new city.

The main commercial street of the city is Corso Umberto I, which runs from Piazza della Republica and reaches the seacoast at Piazza Primo Maggio. The rectangle that it forms with Corso Vittorio Emanuele II and Via Nicola Fabrizi encloses the main shopping district, where several of the best fashion shops are located. Corso Manthone, the course of the old Pescara has, for many years, been the center of the nightlife of the city. City hall and the administration of the province are in Piazza Italia, near the river, and in the area between here and the faculties of Economics, Architecture, Foreign Languages and Literature of G. dAnnunzio University to the south, a business district has grown up over the years. To the immediate south of the mouth of the river is the marina. Pescara has also an important international airport, called Abruzzo Airport and one of the most important and major touristic ports of Adriatic Sea and Italy, the Port of Pescara.

A roman in pescara beach in italy contest closed 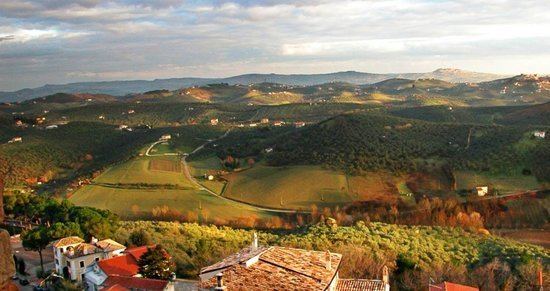 Pescara is situated at sea level on the Adriatic coast and has developed from some centuries BC onwards at the strategic position around the mouth of the Aterno-Pescara River. The coast is low and sandy and the beach extends, unbroken for some distance to both the north and the south of the river, reaching a width of approximately 140 metres (150 yd) in the area around Pineta to the north. To the south the pine forest that once gave shade to bathers along much of the Adriatic coast, has almost disappeared near the beach, but remains within the Pineta Dannunziana Provincial Nature Reserve.

The urban fabric of the city spreads over a flat T-shaped area, which occupies the valley around the river and the coastal strip. To the northwest and the southwest, the city is also expanding into the surrounding hills which were first occupied in the Neolithic period.

The whole city is affected by the presence of groundwater, the level of which varies by up to a metre, being at its highest in spring due to snow melting in the mountains inland.

Even without a significant historical importance, Pescaras origins precede the Roman conquest. It was founded to be the port of Theate, Capital of the people of Marrucini, to trade with the peoples of the Orient, a supporting role that was held for centuries. The name of both the town and the river was Aternum (in Greek ???????), it was connected to Rome through the Via Claudia Valeria and the Via Tiburtina. The main building was the temple of Jovis Aternium. The town was an important port for trade with the Eastern provinces of the Empire.

In the Middle Ages it was destroyed by the Lombards (597). Saint Cetteus, the towns patron saint, was a bishop of the 6th century, elected to the see of Amiternum in Sabina (today the city of San Vittorino) in 590, during the pontificate of Gregory the Great. His legend goes that he was executed by the Lombards at Amiternum by being thrown off a bridge with a stone tied around his neck; his body floated to Pescara.

In 1095 Pescara was a fishing village enriched with monuments and churches. In 1140 Roger of Sicily conquered the town, giving rise to a period in which it was destroyed by armies ravaging the Kingdom of Sicily. The name of Piscaria ("abounding with fish") is mentioned for the first time in this period. Several seignors ruled over Pescara afterwards, including Rainaldo Orsini, Louis of Savoy and Francesco del Borgo, the vicar of king Ladislaus of Naples, who had the fortress and the tower built.

The subsequent rulers were the DAvalos. In 1424 the famous condottiero Muzio Attendolo died here. Another adventurer, Jacopo Caldora, conquered the town in 1435 and 1439. In the following years Pescara was repeatedly attacked by the Venetians, and later, as part of the Spanish Kingdom of Naples, it was turned into a massive fortress.

In 1566 it was besieged by 105 Turk galleys. It resisted fiercely and the Ottomans only managed to ravage the surrounding territory.

At the beginning of the 18th century Pescara had some 3,000 inhabitants, half of them living in the Castellammare. In 1707 it was attacked by Austrian troops under the command of the Duke of Wallis: the town, led by Giovanni Girolamo II Acquaviva, resisted for two months before capitulating.

Pescara was always part of the Kingdom of Naples, apart from the brief age of the Republic of Naples of 1798–99. The town was therefore attacked by the pro-Bourbon Giuseppe Pronio. In 1800 Pescara fell to French troops, becoming an important military stronghold of Joseph Bonapartes reign. Castellammare, which now had 3,000 inhabitants of its own, became a separate municipality.

In 1814, Pescaras Carboneria revolted against Joachim Murat. There, on 15 May 1815, the king undersigned one of the first constitutions of the Italian Risorgimento. In the following years Pescara became a symbol of the Bourbons violent restoration as it housed one of the most notorious Bourbon jails. After a devastating flood in 1853, Pescara was liberated by Giuseppe Garibaldis collaborator Clemente De Caesaris in 1860. Seven years later the fortress was dismantled.

In the sixty following years Pescara was included in the Province of Chieti and then merged with the adjacent town of Castellammare degli Abruzzi and eventually became the largest city of its region. The new city received a hard blow during World War II and has since been massively rebuilt, becoming a very modern coastal city of Italy.

One of the most popular sights is the birthplace house of Gabriele DAnnunzio.

Pescara also houses the Museum of the Abruzzi people: the institution traces, towards 13 halls dedicated to the aspects of life, traditions and economy, 4,000 years of history of the Abruzzo people. 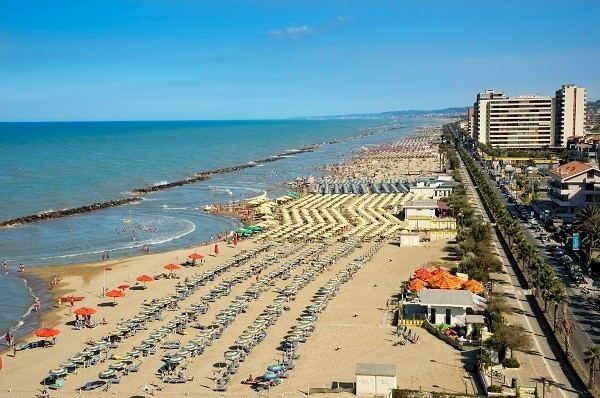 Pescara is the most populous city in the Abruzzo region, and is one of the top ten economic, commercial, and tourist centers on the Adriatic coast. Featuring a shoreline that extends for more than 20 km (12 mi), Pescara is a popular seaside resort on the Adriatic coast during summer. Situated in the sea at a short distance from the waterline there are many breakwaters made with large rocks, that were placed to preserve the shore from water-flood erosion.

Abruzzo boasts one of the best cuisine to be found in Italy, well known for its variety and richness owing to the heterogeneity of its territory. Both the agricultural and coastal aspects of Abruzzo have contributed to its cuisine. Due to the mountains themselves, much of Abruzzo grew separated from the influence of international commerce and civilization until the 20th century. With this physical exclusion, the region’s cuisine stays unique. One of the most prominent dishes of the region is maccheroni alla chitarra. This dish is created by pressing or cutting pasta through an instrument called a chitarra, creating long thin noodles similar to spaghetti. The pasta is served with a tomato-based sauce, often flavored with peppers, pork, goose, or lamb. This dish is served with complementary regional side dishes, such as the bean and noodle soup known as sagne e fagioli. This soup is traditionally flavored with tomatoes, garlic, oil, and peperoncini. Best-known is the extra-virgin olive oil produced in Colline Teramane (Teramo hills), marked by the quality level DOP and considered one of the best in the country Renowned wines like Montepulciano DOCG and Trebbiano dAbruzzo DOC are considered amongst the world’s finest wines. In 2012 a bottle of Trebbiano dAbruzzo ranked #1 in the top 50 Italian wine award.

In 2013 the Italian organization Confesercenti led a research which indicated Abruzzo as the best region where to eat in Italy according to foreign tourists ratings.

Other popular dishes include:

Across the region, roast lamb is enjoyed in several variations. Some of these variations include:

Seafood also plays a role in the cuisine of Abruzzo, especially in those areas located closer to the coast. The variety of fish available to the area has resulted in several fish-based Brodetti (broths), coming from such places as Vasto, Giulianova, and Pescara. These broths are often created by cooking the fish in an earthenware pot, and flavored with tomatoes, herbs, and peperoncino.

Rustic pizzas are also very common. Some of these are:

Also from Teramo are the spreadable sausages flavored with nutmeg, liver sausages tasting of garlic and spices. The ventricina from the Vasto area is made with large pieces of fat and lean pork, pressed and seasoned with powdered sweet peppers and fennel and all encased in the dehydrated stomach of the pig itself. Atri and Rivisondoli are famous for cheeses. Mozzarella, either fresh or seasoned, made from ewes milk, although a great number of lesser known varieties of these cheeses can be found all over Abruzzo and Molise.

The sweets of Abruzzo are famous throughout the world. Some of the better known include:

The region is also well known for the production of typical liquors such as Centerbe, Limoncello, Ratafia and Genziana.