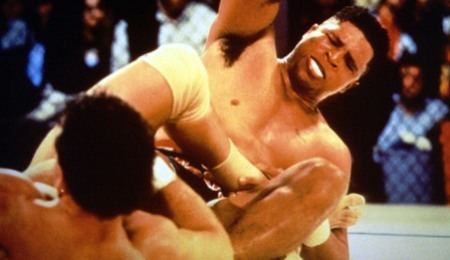 He is a 3rd degree black belt in Tae Kwon Do and also holds a black belt in Hapkido, Kenpo Karate, and Tang Soo Do. In 1993, Smith was ranked No. 1 as a Super Heavyweight kickboxer in the United States and held a ranking of No. 5 internationally. He also won the Sabaki Challenge, an annual karate tournament held in Denver, twice in his division.

Patrick Smith first rose to fame in the USA for his kickboxing prowess. In 1994 he entered the K-1 Grand Prix '94 where he caused one of the biggest upsets in K-1 history by knocking out legendary karaketa and future K-1 star Andy Hug with an uppercut after just 19 seconds of the first round in their quarter final match. Smith was unable to build on this success as he was soundly defeated by eventual champion Peter Aerts in the semi finals.

After the Hug victory, Smith's K-1 career never took off. He lost to Andy Hug in a rematch at the K-1 Revenge event and then failed to qualify for the followings years K-1 Grand Prix at K-1 Grand Prix '95 Opening Battle. His last match in K-1 was against rising local star Musashi, a match he lost by KO, and he was released from his K-1 contract, finishing 1 and 4 with the organization. Despite little international success, Smith had more success at home, accumulating an overall 66-8 kickboxing record by the time he retired in 2000.

Smith participated the first Ultimate Fighting Championship (UFC) event (see UFC 1) which was an eight-man single-elimination tournament with very few rules, awarding $50,000 to the winner. Art Davie, the promotor, placed advertisements in martial arts magazines and sent letters to anyone in any martial arts directory he could find to recruit competitors for the event. With the event being held in Smith's hometown of Denver, he was an easy addition.

Smith's first match was against Ken Shamrock after a random draw. Shamrock, Smith, and several other fighters were not convinced that the fights were real until the event actually started. Shamrock took Smith down easily and submitted him with a heel hook. The fans in Denver booed heavily as they were unaware of the submission rules and were displeased with the fact that Smith went down so easily.

Smith's performance got him invited to UFC 2 where he entered with the expressed intent of a shot at the previous winner Royce Gracie. Smith said he spent the time between shows working on his grappling to perform better fighting on the ground. Smith submitted 2 of his 3 opponents and knocked out Scott Morris in under a minute before finally losing to Gracie in the final.

Smith returned at UFC 6 where he fought Rudyard Moncayo and won by rear naked choke-submission at 1:08. Due to an injury sustained during the fight, Smith had to withdraw from the tournament due to stomach cramps. He was replaced by Anthony Macias.

Smith went on to fight for K-1 and Bas Rutten's first three invitationals shows as well as fighting on a few of the World Vale Tudo Championship events showcasing No Holds Barred fighting. Recently he has signed to the YAMMA fight organization. On 4/11/08 Smith came in as a late replacement for Gary Goodridge and defeated Eric "Butterbean" Esch via submission due to strikes in a "Masters Superfight" at YAMMA Pit Fighting's inaugural event.