Patrick mckenna wonders why does ottawa need a comedy festival

Patrick McKenna (born May 8, 1960, in Hamilton, Ontario) is a Canadian comedian and actor. He is best known for playing Harold Green on the television series The Red Green Show. 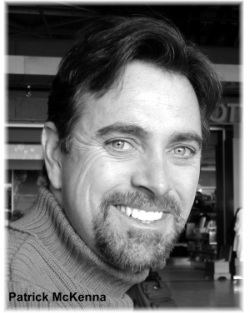 Patrick McKenna became interested in Second City when a high-school teacher took him to a show at Second City Toronto. After he graduated from high school, he attended Sheridan College, graduating with a business degree in 1982. To help with tuition, he worked his way to being night manager at Second City, learning how improv worked. In 1983 he auditioned successfully for the main stage. During the 1980s he tried his hand at standup and spent 5 years performing his act in Canada and the US.

One night at Second City during the late 1980s, McKenna received the acting-job offer which would change his life. Steve Smith was recruiting cast members, especially a sidekick, for his new project, The Red Green Show. He had come to Second City and was scoping out the entire troupe, but when Patrick did his twitchy-nerd character, Smith knew he had his sidekick. He approached McKenna after the show, and he accepted the part. This twitchy nerd character would be seen on television screens throughout Canada and the US for the next 15 years as the lovable nephew Harold Green on The Red Green Show.

For his work on Traders and The Red Green Show, McKenna received two Gemini awards. He is the only Canadian actor to receive these for drama and comedy.

McKenna was the subject of the PBS Documentary ADD and Loving It?! In 2006 McKenna played producer Jeffrey Littleman on the short-lived CBC television series Getting Along Famously. He also voices Robear on Iggy Arbuckle.

In 2007 he appeared in the pilot of Sabbatical. He stars as Victor in indie horror film Silent But Deadly.

McKenna guest starred in two episodes of Stargate SG-1 playing Dr. Jay Felger, first in the Season 6 episode "The Other Guys" and then in the Season 7 episode "Avenger 2.0".

In late 2011 he played the politician and Canadian Confederation leader Alexander Galt in the CBC TV movie John A: Birth of a Country.

As of 2012, McKenna is still active in acting, live speakings, and charitable work. He occasionally can be seen as Mr. Telson on the TV series Wingin It.

He appeared in the first episode of the third season, and the first two episodes of the eighth season of Murdoch Mysteries as Detective, and later Inspector, Hamish Slorach.

In recent years, McKenna has become involved with many charity organizations—including Wheelchair athletes, Adult ADHD, MS Society, Lupus Canada and McMaster Sick Kids—some of which he has personal connection.

McKenna suffered a debilitating back injury in the early 2000s that left him unable to walk for a year. He went through times being in a wheelchair and having to learn to walk again. It was from this experience that he became involved with Wheelchair athletes.

His mother, Patricia, suffers from lupus. She has been suffering from the condition since the 1970s. McKenna's friend and fellow Second City alumn Colin Mochrie and his wife, Debra McGrath, are often seen helping McKenna with lupus charity fundraising.

McKenna has ADD/ADHD and was not diagnosed until he was well into his forties. He has become somewhat of spokesman on this condition in Canada through his personal struggles. McKenna and Rick Green, a writer and performer for The Red Green Show, made a documentary to explain some of ADD/ADHD's positives and negatives titled "ADD and Loving It." Both men open up about how it has affected them and their relationships. McKenna's wife, Janis, is also interviewed during the documentary and goes through the diagnosing process on camera with Patrick.

McKenna is a member of Toronto's The Second City comedy troupe.

McKenna's mother's name is Patricia, and he has three brothers. He married his high school sweetheart, Janis, in 1983. They have a son, Brendon, born in 1985.

Brendon McKenna was also seen in two episodes, Dancing with Mr. D. and The Unseen Lever, of his father's series Traders as Marty's son, Mark Stephens.