Paramaribo ( [?pa?ra??ma?ribo? is the capital and largest city of Suriname, located on banks of the Suriname River in the Paramaribo District. Paramaribo has a population of roughly 250,000 people, more than half of Surinames population. The historic inner city of Paramaribo has been a UNESCO World Heritage Site since 2002. 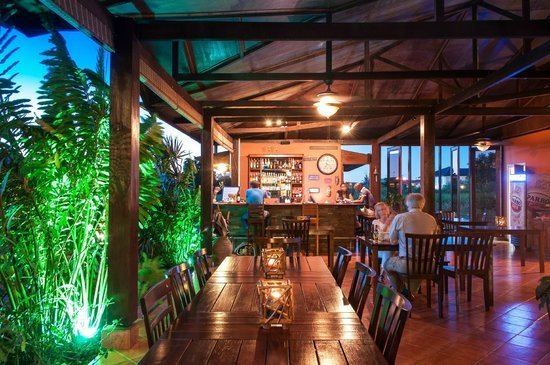 Surinamese cuisine is extensive, since the population of Suriname came from many countries. Surinamese cuisine is a combination of many international cuisines including East Indian, African, Javanese (Indonesia), Chinese, Dutch, Jewish, Portuguese, and Amerindian cuisines.

The above has ensured that Surinamese cooking has spawned many dishes; the different groups were influenced by each others dishes and ingredients; this new Surinamese cuisine included roti, nasi goreng, bakmi, pom, snesi foroe, moksi meti, and losi foroe; because of this blending of many cultures, Surinamese cuisine is a unique creation. Basic foods include rice, plants such as tayer and cassava, and roti. Usually, there is chicken on the menu in many variations of the Chinese snesi foroe, the Indian chicken masala and pom, a very popular party dish of Creole origin. Also, salted meat and stockfish (bakkeljauw) are widely used. Yardlong beans, okra, and eggplant are examples of vegetables in the Surinamese kitchen. For a spicy taste, Madame Jeanette peppers are used.

Besides the casserole pom, roti (often served with a filling of chicken masala, potato and vegetables) is also often served on festive occasions with many guests. Other well known dishes are moksi-alesi (mixed boiled rice with salted meat, shrimp or fish, and any vegetable), rice and beans and the original Javanese nasi goreng and mie goreng.