Nantes (Breton: , Gallo: Naunnt) is a city in West France, located on the Loire River, 50 km (31 mi) from the Atlantic coast. The city is the sixth largest in France, with a metropolitan area of about 900,000 inhabitants.

Nantes is the capital city of the Pays de la Loire region and the Loire-Atlantique departement and also the largest city in the Grand-Ouest, "Northwestern France" in English. Together with Vannes, Rennes and Carhaix, it was one of the major cities of the historic province of Brittany and the ancient Duchy of Brittany. Nantes is culturally Breton and still widely regarded as its capital city.

The Nantes Tramway opened in 1985, a reversal of the trend of tramway closures that had been going on since the middle of the 20th century. The tramway system is one of the largest and busiest in France. The city also has a Busway line, an innovative and notable bus rapid transit. Nantes is served by an international airport, Nantes Atlantique Airport and a major French railway station, the Gare de Nantes.

In 2004, Time named Nantes as "the most liveable city in Europe". In 2010, Nantes was named a hub city for innovation in the Innovation Cities Index by innovation agency 2thinknow. The city was ranked 36th globally from 289 cities and 4th overall in France, behind Paris, Lyon and Strasbourg for innovation across multiple sectors of the economy. As of 2013, Nantes holds the title of European Green Capital, awarded by the European Commission for its efforts to reduce air pollution and CO2 emissions, for its high-quality and well-managed public transport system, and for its biodiversity with 3,366 hectares of green spaces and several Natura 2000 zones which guarantee protection of nature in the area.

Euronantes is the citys central business district, which is currently in development near Gare de Nantes and on Ile de Nantes, offering by 2015 500,000 square metres of office space, retail space and upscale hotels. The district is served by Busway line 4 at Cite Internationale des congres et Tripode stations.

In 2012, Nantes was classified as a global city by the GAMMA GaWC ranking of Loughborough University in England. Nantes is the fourth highest-ranked French city (behind Paris, Lyon and Marseille) according to its classification. Nantes was ranked ahead of cities such as Porto, Florence, New Orleans, Hanover, and Genoa. 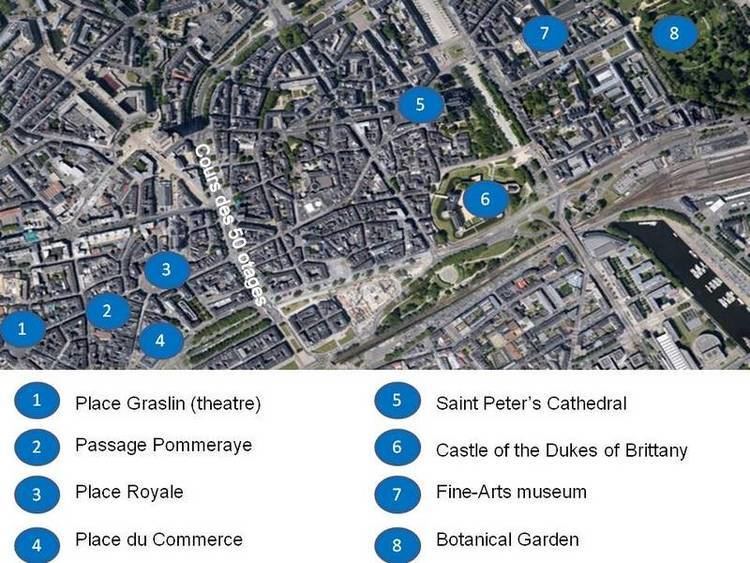 Although there are very few prehistoric archaeological finds in Nantes and its surrounding area (in contrast to numerous ancient remains on the Breton coast), it seems the ancient population was based around mining communities in the north of the current town. During the Gallic period the area belonged to the Namnetes, who were conquered by Julius Caesar in 56 BC. The Romans Latinised the towns name to Condevincum, or Condevicnum, and under Roman rule it became an administrative centre. In the 3rd century it was renamed Portus Namnetum, and during this period a Gallo-Roman surrounding wall was constructed to fend off Saxon invasion; the remains can still be seen today. Nantes was Christianised during this period, and its first bishops took office after the conversion of Constantine the Great. 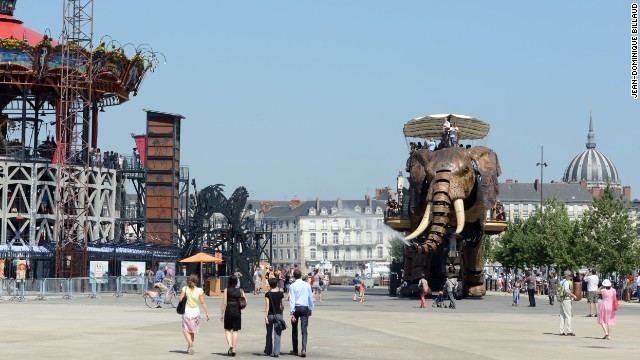 Nantes is located on the banks of the Loire River, at the confluence of the Erdre and the Sevre Nantaise, 55 kilometres (34 miles) from the Atlantic Ocean. The city was built in a place where many branches of the Loire river created several islands, but most of those branches were filled in at the beginning of the 20th century (and the confluence with the Erdre river diverted and covered) due to the increasing car traffic. 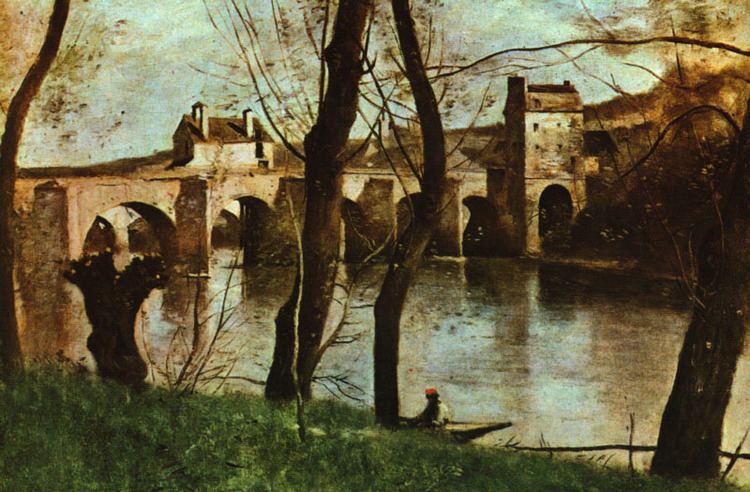 Nantes is the central point of the land hemisphere (the half of the earth containing the largest possible area of land). 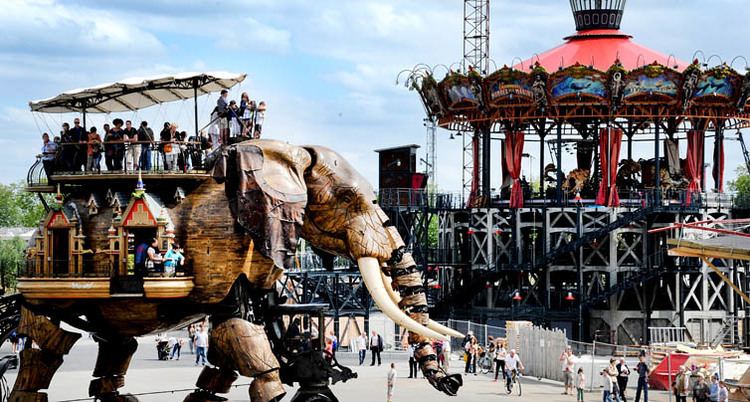 Nantes hosts a variety of cultural events, among which:

Specialties from Nantes include:

Street food in nantes bread from a wood fired oven