The Marquesas Islands ( French: or Archipel des Marquises or Marquises; Marquesan: Te Henua (K)enana (North Marquesan) and Te Fenua `Enata (South Marquesan), both meaning "The Land of Men") are a group of volcanic islands in French Polynesia, an overseas collectivity of France in the southern Pacific Ocean. The Marquesas are located at 9° 00S, 139° 30W. The highest point is the peak of Mount Oave (French: Mont Oave) on Ua Pu island at 1,230 m (4,035 ft) above sea level. 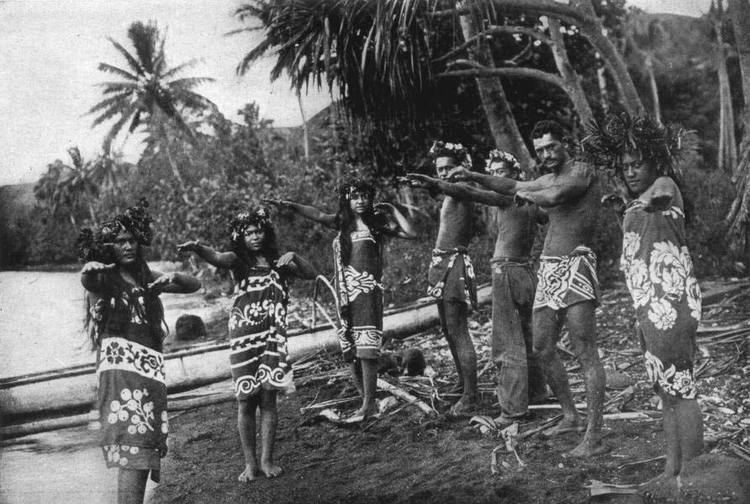 The first recorded settlers of the Marquesas were Polynesians, who, from archeological evidence, are believed to have arrived before 100 AD. However, a recent study using revised, high-precision radiocarbon dates pushes forward the date of Polynesian settlement to between 1200-1277 AD. Ethnological and linguistic evidence suggests that they likely arrived from the region of Tonga and Samoa. 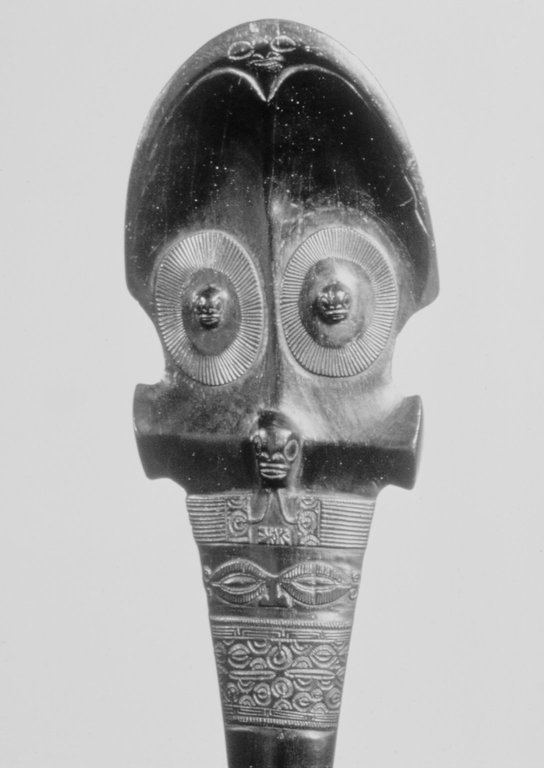 The first Europeans to reach the Marquesas may have been the crew of San Lesmes, a Spanish vessel which disappeared in a storm while passing through the region as part of an expedition headed by Garcia Jofre de Loaisa in June 1526. The islands were given their name by the Spanish explorer Alvaro de Mendana who reached them seventy years later on 21 July 1595. He named them after his patron, Garcia Hurtado de Mendoza, 5th Marquis of Canete (Spanish: Marques de Canete) who was Viceroy of Peru at the time. Mendana visited first Fatu Hiva and then Tahuata before continuing on to the Solomon Islands. They charted the four southernmost Marquesas as Magdalena (Fatu Hiva), Dominica (Hiva Oa), San Pedro (Moho Tani), and Santa Cristina (Tahuata).

The American maritime fur trader Joseph Ingraham first visited the northern Marquesas while commanding the brig Hope in 1791, giving them the name Washington Islands. In 1813, Commodore David Porter claimed Nuku Hiva for the United States, but the United States Congress never ratified that claim. In 1842, France—following a successful military operation on behalf of a native chief (named Iotete) who claimed he was king of the whole island of Tahuata—took possession of the whole group and established a settlement (abandoned in 1859) on Nuku Hiva. France reestablished control over the group in 1870, and later incorporated it into French Polynesia.

Of all major island groups in the Pacific, the Marquesas suffered the greatest population decline from diseases brought by Western explorers. Imported diseases reduced the eighteenth century population of over 78,000 inhabitants, to about 20,000 by the middle of the nineteenth century, and to just over 4,000 by the beginning of the 1900s. During the course of the twentieth century, the population increased to 8,548 at the November 2002 census, not including the Marquesan community residing on Tahiti, and it has continued to increase since then, reaching 9,264 inhabitants at the August 2012 census.

The sparsely populated Marquesas Islands, located 1,371 km (852 mi) from Tahiti, the most populous island and dominant political center of French Polynesia, often feels neglected by politicians in Tahiti, and some favor a direct link with Paris instead of depending on Papeete. Several prominent Marquesan political leaders have repeatedly declared themselves in favor of separating from French Polynesia and remaining within the French Republic in case French Polynesian political leaders in Tahiti proclaim independence from France. This has generated controversies in Tahiti where pro-independence Tahitian leaders have accused the French central government of encouraging the separation of the Marquesas Islands from French Polynesia.

The Marquesas Islands group is one of the most remote in the world, lying about 1,371 km (852 mi) northeast of Tahiti and about 4,800 kilometres (3,000 mi) away from the west coast of Mexico, the nearest continental land mass. They fall naturally into two geographical divisions: the northern group, consisting of Eiao, Hatutu (Hatutaa), Motu One, and the islands centered around the large island of Nuku Hiva: Motu Iti (Hatu Iti), Ua Pu, Motu Oa and Ua Huka, and the southern group of Fatu Uku, Tahuata, Moho Tani (Motane), Terihi, Fatu Hiva and Motu Nao (Thomasset Rock), clustered around the main island of Hiva `Oa. With a combined land area of 1,049 square kilometres (405 sq mi), the Marquesas are among the largest island groups of French Polynesia originally discovered by Spanish galleons fleets en route to Manila, Nuku Hiva being the second largest island in the entire territory, after Tahiti. With the exception of Motu One, all the islands of the Marquesas are of volcanic origin.

In contrast to the tendency to associate Polynesia with lush tropical vegetation, the Marquesas are remarkably dry islands. Though the islands lie within the tropics, they are the first major break in the prevailing easterly winds that spawn from the extraordinarily dry (from an atmospheric perspective) Humboldt Current. Because of this, the islands are subject to frequent drought conditions, and only those that reach highest into the clouds (generally, above about 750 m/2,500 ft above sea level) have reliable precipitation. This has led to historical fluctuations in water supply, which have played a crucial role in the sustainability of human populations in certain sections of the various islands throughout the archipelago. This is especially evident in the low historical population of Ua Huka (maximum elevation 857 m/2,812 ft.) and the intermittent inhabitability of Eiao (maximum elevation 576 m/1,890 ft.). The Marquesas Islands are thought to have formed by a center of upwelling magma called the Marquesas hotspot. 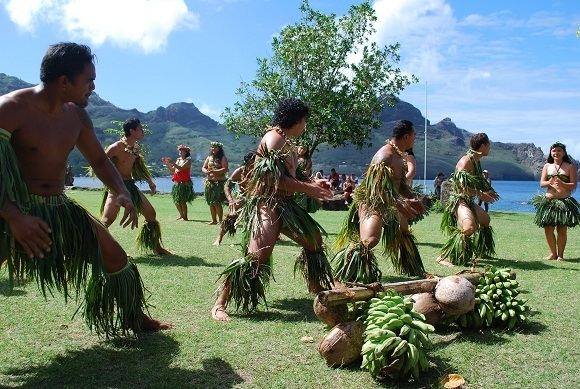 The Marquesas Islands were once a major center of eastern Polynesian civilization.