Maanyanmaar is a 1992 Malayalam film. Directed by T. S Suresh Babu, this film is a fun movie surrounding over two petty thieves who are on a run after released on parole for a week. Mukesh, Sreenivasan, Jagadeesh, Ramyakrishnan, Jagathi Sreekumar, Rajan P. Dev and Vijayaraghavan appears in leading roles. 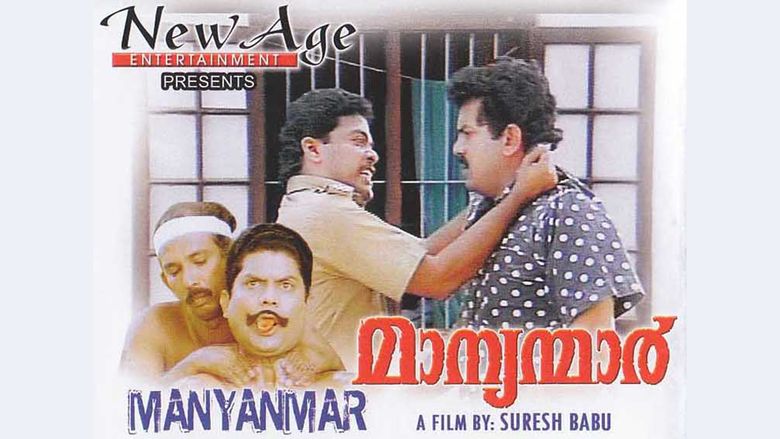 Two thieves (Mukesh and Sreenivasan) become targets of the two rival crime gangs and the police after they are wrongly accused of attempted murder when robbing a hotel. 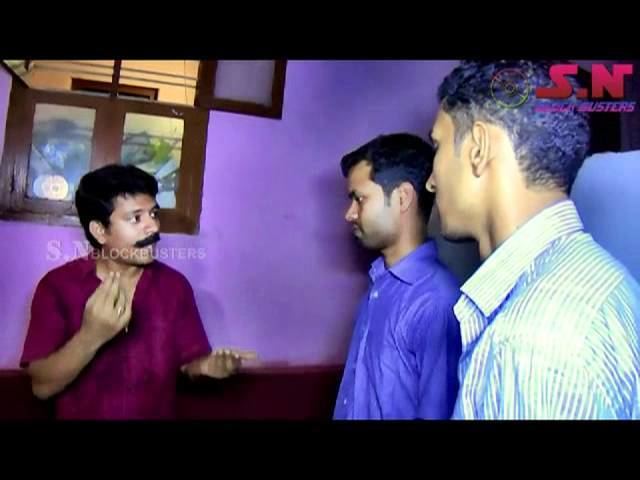 Thomas alias Thorappan Thoma (Mukesh) and Pathira Thankappan (Sreenivasan) are two petty thieves working under Kottayam Kochunni (Jagathi Sreekumar), a notorious thief wanted by police. One day, to financially support Athapady Anthru (Mamukkoya), his master, Kochunni plans a big robbery at a hotel suite along with his disciples. On the same day, three young sons of Vikraman (Rajan P. Dev), a mafia don arrives in Kochi. K.R (Prathapachandran) his business rival plans to shoot down the children of Vikraman on same night at their hotel suite. But after getting the news, they wait for the killer to enter their room, heavily armed. Both Thorappan Thoma and Pathira Thankappan enters the same suite, and is attacked by them. In a bid to escape both fights back. The commotion leads to chaos and police arrives. Thoma and Thankappan are trialed for killing the sons of Vikraman and is sentenced for five years in jail. Kochunni and Andru escapes from the scene. Two years after the incident, Thankappan gets parole and absconds. Thoma is granted parole, but has been assigned to find out Thankappan in two weeks. Kochunni now runs an automobile shop, where Andru is a worker under him. Thoma arrives at Kochunnis shop in search of money. He is assigned to hand over a car at Chennai. Unknowing that the car belongs to same Vikraman, Thoma sets for Chennai. In the meantime, the elder son of Vikraman is shot dead by KR. Vikraman suspects Thoma for this, who is now in Chennai. Accidentally he happens to meet Thankappan, who is now married and is living under a new name Shambhu Iyer. Both Thankappan and Thoma is now on run from police and Vikraman. Their chase and fight to prove innocence forms the rest of the story.