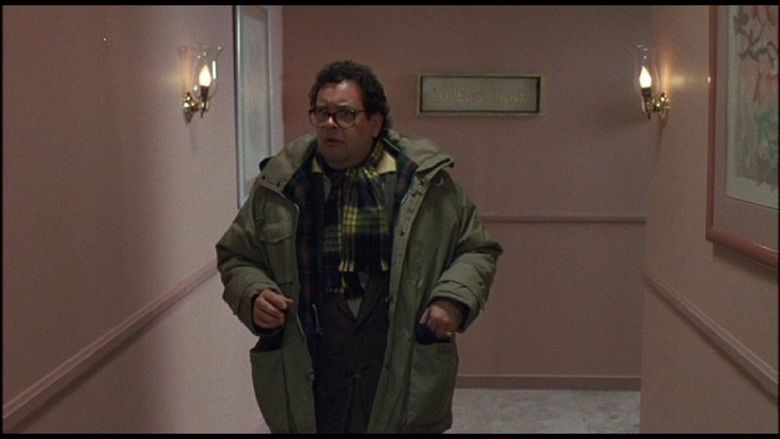 Lucky Stiff is a 1988 American comedy horror film written by comedy writer Pat Proft and directed by Anthony Perkins. It is his only directing credit apart from Psycho III.

Ron Douglas has no luck in women, and when his bride runs away on their wedding day, he goes on holiday up in the mountains, only to be reminded more of his misery when placed in the honey-moon wing of the hotel. However he finds love with Cynthia, a beautiful blonde, and his self esteem improves. Cynthia invites him for Christmas dinner, and he accepts, only to meet Cynthia's eccentric cannibal family, and finds out HE is the main course.

Ron Douglas takes a holiday in the mountains to recover from his bride running away on their wedding day. There he meets Cynthia Mitchell, who invites him home for Christmas dinner with her family, descendants of the Donner Party.