The Getty family's wealth was the result of the oil business founded by George Franklin Getty. At birth he was given the name Eugene Paul Getty, but in later life he adopted other names, including Paul Getty, John Paul Getty, Jean Paul Getty, Jr. and John Paul Getty II. A long-time Anglophile, he became a British citizen in 1997. In 1986, he was awarded an honorary knighthood for services to causes ranging from cricket (a sport he came to love despite his American upbringing), to art and to the Conservative Party. His honorary knighthood became substantive when he became a British citizen. In 1998 he changed his name by deed poll when he renounced the first name Eugene and wished to be known as Sir Paul Getty, KBE. 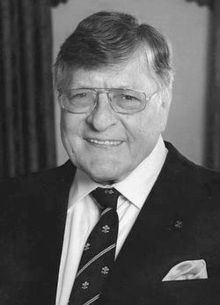 His father expected him to prove himself: his first job was pumping gas for $100 a month. He attended St. Ignatius College Preparatory and the University of San Francisco, both Jesuit schools. He was drafted into the US Army to serve in Korea. 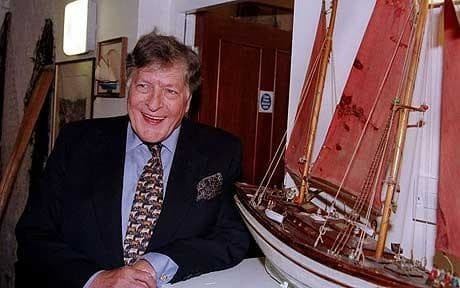 His first marriage was to Abigail "Gail" Harris, a former water polo champion. They divorced in 1964, having had four children including John Paul Getty III and Mark Getty.

His second marriage was to the Dutch actress, model and style icon Talitha Pol (stepdaughter of Augustus John's daughter Poppet) on 10 December 1966. The two posed for an iconic photograph on a roof-top in Marrakesh, Morocco in January 1969. The photo, taken by Patrick Lichfield, shows Talitha Getty crouched down leaning on a wall and her husband in the background in hood and sunglasses. The photo appeared in American Vogue and again in the September 1999 issue of American Vogue and is part of the collection of the National Portrait Gallery in London. Two and a half years after the photo was taken, Talitha died of a heroin overdose on 14 July 1971. She was survived by her son with Getty: Tara Gabriel Gramophone Galaxy Getty (born June 1968), an ecological conservationist in Africa.

Getty moved to Rome as head of Getty Oil Italiana. After the death of his second wife in 1971, he moved back to England and was reclusive for a time. In 1973, his eldest son, John Paul Getty III, was kidnapped in Rome by Calabrian mobsters and held in the Calabrian Mountains, chained to a stake in a cave. Getty did not have enough money to pay the $17 million ransom demand, and his father refused to help, saying "I have 14 other grandchildren, and if I pay one penny now, then I will have 14 kidnapped grandchildren." However, when one of his son's ears was delivered by mail to a newspaper in Rome (delivery had been delayed by three weeks because of a postal strike), his father finally agreed to help out with the ransom payment by making the ransom payment a loan to his son. In 1976, Getty's father died. Over the next decade Getty suffered from depression and, in 1984 in a final attempt to end his drug addiction, checked himself into a London clinic. While there he received a visit from the then Prime Minister Margaret Thatcher to thank him for large donations to the National Gallery. She reportedly helped speed his recovery by telling him, "My dear Mr. Getty, we mustn't let things get us down, must we? We'll have you out of here as soon as possible." During a low period in the 1970s Getty had been cheered up by the former England cricketer and later President of the MCC, Gubby Allen, having previously been introduced to the game by Mick Jagger of the Rolling Stones.

Getty donated over £140m to various artistic and cultural causes. The National Gallery alone received £50m from him. He was awarded a knighthood in the Order of the British Empire (KBE) in 1987, but as a foreign national he could not use the title "Sir". In December 1997 he was granted British citizenship and immediately renounced his US nationality. The Queen reportedly commented: "Now you can use your title, that's nice."

He acquired an interest in cricket and this led to his building a replica of The Oval cricket ground at Wormsley Park, his 2,500 acre (10 km²) Buckinghamshire estate. He became President of Surrey County Cricket Club for one year, and gave money to Lord's Cricket Ground to build a new stand. He combined his loves of cricket and books when he purchased the ownership of Wisden, the famous publishers of the cricketing almanack. Getty built an extraordinary library at Wormsley, collecting such treasures as a first edition of Chaucer, Ben Jonson's annotated copy of Spenser, and Shakespeare Folios. He was a notable member of the exclusive Roxburghe Club, famous among book collectors.

His personal fortune was estimated as about £1.6 billion. He donated significant support for the National Gallery, the British Museum, the British Film Institute, Hereford Cathedral, St Paul's Cathedral, the Imperial War Museum, and St. James Catholic Church. Some of his donations, especially contributions towards the purchases of Canova's The Three Graces by The National Galleries of Scotland and the Madonna of the Pinks by Raphael, foiled acquisition efforts by the J. Paul Getty Museum endowed by his father. In June 2001, he gave £5 million to the Conservative Party. He endowed a charitable trust which supports the arts, conservation and social welfare.

Having been admitted for treatment to a London hospital for a chest infection, Getty died, aged 70, on 17 April 2003.