Jericho ( Arabic: ? ?Ariha Hebrew: ????? Yeriho) is a city located near the Jordan River in the West Bank. It is the administrative seat of the Jericho Governorate. In 2007, it had a population of 18,346. The city was occupied by Jordan from 1949 to 1967, and has been held under Israeli occupation since 1967; administrative control was handed over to the Palestinian Authority in 1994. It is believed to be one of the oldest inhabited cities in the world.

Archaeologists have unearthed the remains of more than 20 successive settlements in Jericho, the first of which dates back 11,000 years (9000 BC), almost to the very beginning of the Holocene epoch of the Earths history.

Jericho is described in the Hebrew Bible as the "City of Palm Trees". Copious springs in and around the city attracted human habitation for thousands of years.

The city may be the oldest continuously occupied city in the world. 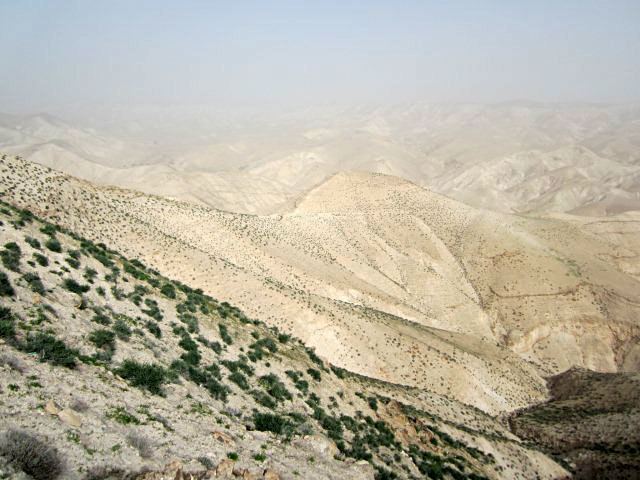 Jericho is located 258 metres (846 ft) below sea level in an oasis in Wadi Qelt in the Jordan Valley. The nearby spring of Ein es-Sultan produces 3.8 m3 (1,000 gallons) of water per minute, irrigating some 10 square kilometres (2,500 acres) through multiple channels and feeding into the Jordan River, 10 kilometres (6 mi) away. Annual rainfall is 160 mm (6.4 in), mostly concentrated between November and February. The average temperature is 15 °C (59 °F) in January and 31 °C (88 °F) in August. The constant sunshine, rich alluvial soil, and abundant water from the spring have always made Jericho an attractive place for settlement.

In 1994, Israel and the Palestinians signed an economic accord that enabled Palestinians in Jericho to open banks, collect taxes and engage in export and import in preparation for self-rule.