Janelle Wang is an American journalist currently with NBC Bay Area KNTV in the San Francisco Bay Area. She anchors the 5 PM news on weeknights and also reports on NBC Bay Area news at 6 PM. 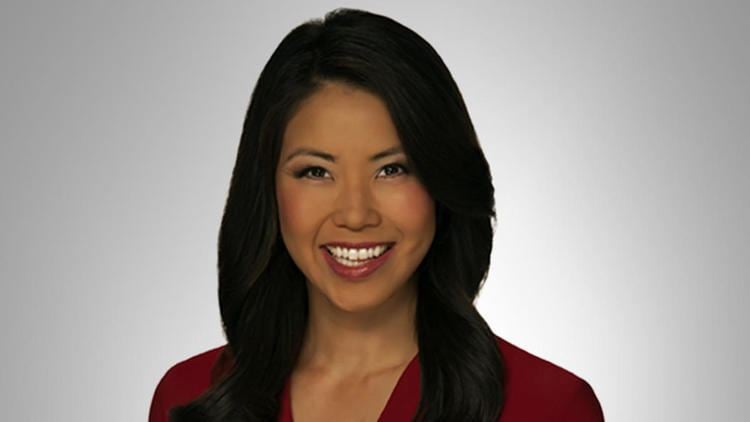 Previously, Wang was anchoring and reporting at KGO-TV ABC7. While there, she and Good Morning America alumnus Spencer Christian co-hosted the The View from the Bay during its entire four-year run.

1. Janelle Wang grew up in the Bay Area of San Fransisco. She completed her graduation from the University of California with a Bachelor’s Degree in Mass Communication and Media Studies.
2. In February 2003 she joined KGO news channel when she got several opportunities to interact and host America's high profile personalities like Oprah Winfrey, Joan Rivers, Jimmy Carter, Barack Obama, the Secretary of State Hillary Clinton at numerous occasions.
3. She also got a chance to feature with world-famous celebrity chefs like Curtis Stone, Hurbert Keller, and Martin Yan during her work with KGO TV.
4. She also joined ABC7 a television news station in San Francisco to work as an anchor as well as a news reporter. She hosted ‘The View From The Bay’ an ABC7’s daytime talk show which was a one-hour talk show known as ‘The Live’ that aired on weekdays and starred a live studio audience.
5. While working with ABC7, Wang anchored more than a thousand episodes of ‘The Live’ which aired for four continuous years.
6. Wang also co-hosted the program ‘Everyday Living’ which was aired in 11 cities around the US on regular weeknights.
7. Apart from her contributions towards the local TV, she has appeared on multiple national television channels as a reporter and an anchor all through her career of over 15 years now. Some of her prominent appearances on world television include ABC News, NBC Nightly News, and CNN.
8. Janelle Wang married  Matt Nelson a San Francisco attorney in 2009.
9. Wang and Nelson have a daughter named Hailey together.
10. Wang has been awarded many prestigious honors for her remarkable contribution in the world of media and news namely 3 Emmy Awards for Continuing Coverage, Emmy Award for Best Morning Newscast and Edward R. Murrow Award for Continuing Coverage.
11. Apart from reading news for a living, Wang loves to play golf and hang out with her daughter in her spare time.
12. She also spends her time promoting cancer awareness and encouraging people to join the National Marrow Donor Registry.
13. In fact, following her excellence in the field, she was chosen to fill in for Kelly Ripa and co-host with Regis Philbin on Live with Regis and Kelly in the year 2009. 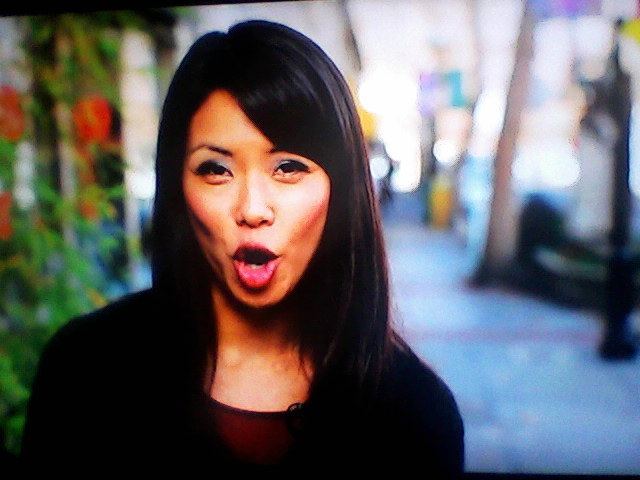 In addition to her contributions for local TV, her work has appeared on multiple national television outlets, including ABC News, NBC Nightly News, and CNN.

The name and whereabouts of Wang's parents and siblings are not disclosed. She, however, keeps posting pictures and messages for her father and mother on her Instagram and Twitter account. She is also seen posting pictures with her sister on social media quite frequently.

Janelle Wang started dating an attorney from San Francisco, Matt Nelson in 2007. After two years of successful and smooth relationship, the duo tied the knot in 2009 and have been living a happily married life ever since.

Janelle and Matt welcomed their first baby together, a daughter in March 2016. They named her 'Hailey'. Janelle keeps sharing pictures and videos of her daughter on her Instagram page. From birthdays to school pickups and Sunday outings, her Instagram is loaded with several cute and funny pictures of Hailey and Janelle. 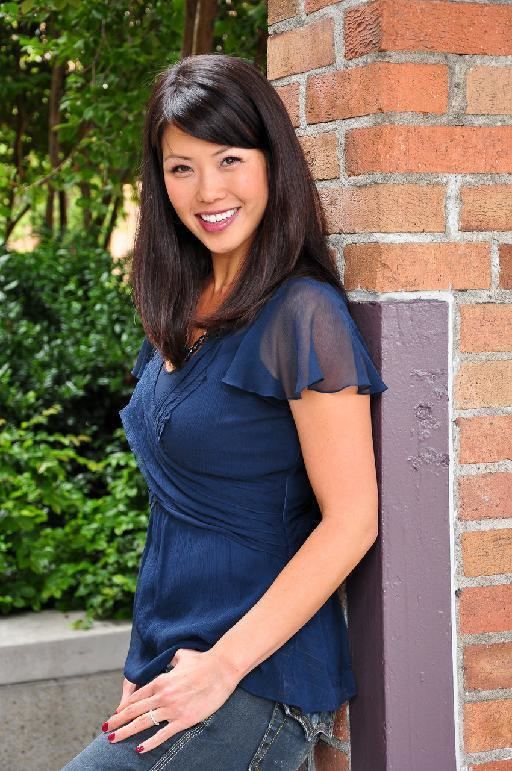 In 2009, she was chosen to fill in for Kelly Ripa and co-host with Regis Philbin on Live with Regis and Kelly. 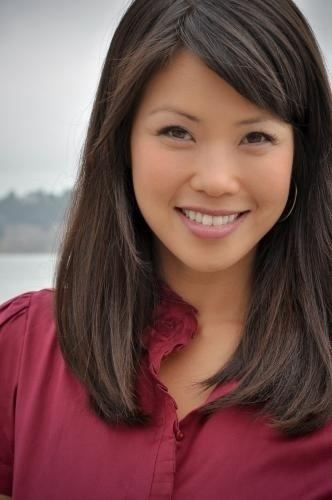 Wang grew up in the San Francisco Bay Area and is of Chinese descent. She graduated from the University of California, San Diego, where she studied communications and economics. 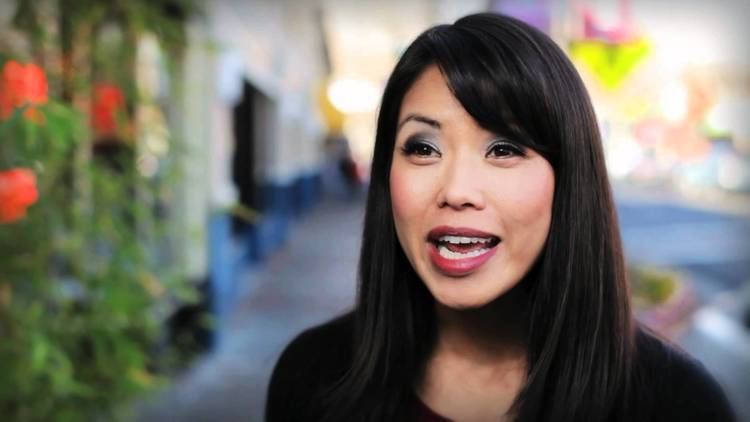 She recently traveled to Sochi, Russia to cover the 2014 Winter Olympics.

She has also reported on a variety of notable news events throughout her career, including:

Her daily trial notes from inside the courtroom of the Scott Peterson murder trial were posted online and read by people as far away as South America and Europe.

Wang joined the team at NBC Bay Area in July 2011 after spending eight years with KGO. She joined KNTV at the same time as Jon Kelley, and in a press release announcing the addition of the two journalists, Jonathan Mitchell, vice president of news for NBC Bay Area, stated, "We're very happy to add these two strong, experienced journalists to our newsroom. They join an award winning team that is dedicated to producing the deepest, most thorough newscasts in the Bay Area."

Prior to joining KNTV, Wang was anchoring and reporting at ABC7 in San Francisco. She also hosted ABC7's daytime talk show "The View from the Bay". The live, 1-hour talk show aired weekdays and featured a studio audience. Janelle hosted more than 1000 "live" episodes during the show's 4-year run. She also co-hosted the show "Everyday Living" on the Live Well HD Network, which aired in 11 cities around the country including San Francisco, Los Angeles, New York City, Chicago, and Boston. She had been with KGO since February 2003.

During her time (at KGO), she hosted "The View from the Bay" for its entire 4 year run. She was nominated for multiple Emmys for her work on the "live" one hour, daily talk show. Guests included Oprah, Joan Rivers, and the cast of Twilight, as well as political figures like Presidents Jimmy Carter and Barack Obama, and Secretary of State Hillary Clinton. She also cooked with celebrity chefs, including Curtis Stone, Hubert Keller, and Martin Yan. Wang's popularity and viewer appeal landed her a co-hosting spot with Regis Philbin on "Live with Regis and Kelly".

Before returning to the Bay Area (Wang is a native of the Bay Area), Wang worked in cities up and down the West Coast. She began her career in Medford, Oregon, and made stops in Salinas, California and Portland, Oregon.

During her career, she has gained experience as an anchor, reporter, talk show host, producer, photographer, editor, and weather forecaster.

In addition to being an avid San Francisco Giants and San Francisco 49ers fan, she enjoys working within the Asian community and is fluent in Mandarin Chinese.

Wang has also trained at "Voicetrax", one of the nation’s premier voice over academies.

Where is the Person Now ?

As of March 25 2020 , Janelle Wang presently works as an anchor with the NBC television news channel. She can be seen hosting the 5 pm news on NBC Bay Area. Apart from this she also hosts international reports on NBC Bay Area News at 6 pm every day. She lives with her daughter and family in San Francisco. She is often spotted showing off her golf skills in the city's golf club as well as hanging out on the streets, ice cream parlors, playschools, and parks with her daughter Hailey in the city.