San Diego is a major city in California, on the coast of the Pacific Ocean in Southern California, approximately 120 miles (190 km) south of Los Angeles and immediately adjacent to the border with Mexico.

With an estimated population of 1,355,896 as of July 1, 2013, San Diego is the eighth-largest city in the United States and second-largest in California. San Diego is the birthplace of California and is known for its mild year-round climate, natural deep-water harbor, extensive beaches, long association with the U.S. Navy, and recent emergence as a healthcare and biotechnology development center.

Historically home to the Kumeyaay people, San Diego was the first site visited by Europeans on what is now the West Coast of the United States. Upon landing in San Diego Bay in 1542, Juan Rodriguez Cabrillo claimed the entire area for Spain, forming the basis for the settlement of Alta California 200 years later. The Presidio and Mission of San Diego, founded in 1769, formed the first European settlement in what is now California. In 1821, San Diego became part of newly independent Mexico, and in 1850, became part of the United States following the Mexican-American War and the admission of California to the union.

Top 10 things to do in san diego california

The city is the seat of San Diego County and is the economic center of the region as well as the San Diego–Tijuana metropolitan area. San Diegos main economic engines are military and defense-related activities, tourism, international trade, and manufacturing. The presence of the University of California, San Diego (UCSD), with the affiliated UCSD Medical Center, has helped make the area a center of research in biotechnology.

The original inhabitants of the region are now known as the San Dieguito and La Jolla people. The area of San Diego has been inhabited by the Kumeyaay people. The first European to visit the region was Portuguese-born explorer Juan Rodriguez Cabrillo sailing under the flag of Castile. Sailing his flagship San Salvador from Navidad, New Spain, Cabrillo claimed the bay for the Spanish Empire in 1542 and named the site San Miguel. In November 1602, Sebastian Vizcaino was sent to map the California coast. Arriving on his flagship San Diego, Vizcaino surveyed the harbor and what are now Mission Bay and Point Loma and named the area for the Catholic Saint Didacus, a Spaniard more commonly known as San Diego de Alcala. On November 12, 1602, the first Christian religious service of record in Alta California was conducted by Friar Antonio de la Ascension, a member of Vizcainos expedition, to celebrate the feast day of San Diego. 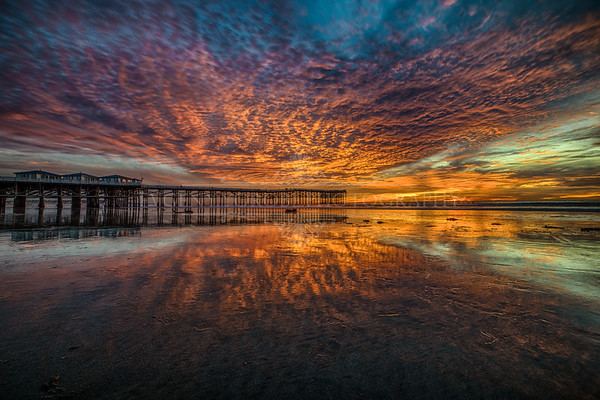 According to SDSU professor emeritus Monte Marshall, San Diego Bay is "the surface expression of a north-south-trending, nested graben". The Rose Canyon and Point Loma fault zones are part of the San Andreas Fault system. About 15 miles (24 km) east of the bay are the Laguna Mountains in the Peninsular Ranges, which are part of the backbone of the American continents. 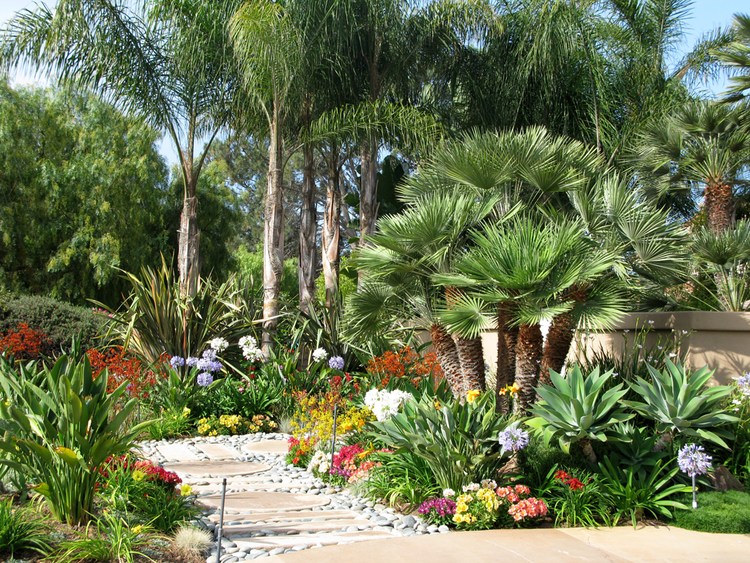 The city lies on approximately 200 deep canyons and hills separating its mesas, creating small pockets of natural open space scattered throughout the city and giving it a hilly geography. Traditionally, San Diegans have built their homes and businesses on the mesas, while leaving the urban canyons relatively wild. Thus, the canyons give parts of the city a segmented feel, creating gaps between otherwise proximate neighborhoods and contributing to a low-density, car-centered environment. The San Diego River runs through the middle of San Diego from east to west, creating a river valley which serves to divide the city into northern and southern segments. The river used to flow into San Diego Bay and its fresh water was the focus of the earliest Spanish explorers. Several reservoirs and Mission Trails Regional Park also lie between and separate developed areas of the city.

Notable peaks within the city limits include Cowles Mountain, the highest point in the city at 1,591 feet (485 m); Black Mountain at 1,558 feet (475 m); and Mount Soledad at 824 feet (251 m). The Cuyamaca Mountains and Laguna Mountains rise to the east of the city, and beyond the mountains are desert areas. The Cleveland National Forest is a half-hour drive from downtown San Diego. Numerous farms are found in the valleys northeast and southeast of the city.

In its 2013 ParkScore ranking, The Trust for Public Land reported that San Diego had the 9th-best park system among the 50 most populous U.S. cities. ParkScore ranks city park systems by a formula that analyzes acreage, access, and service and investment.

The San Diego Symphony at Symphony Towers performs on a regular basis and is directed by Jahja Ling. The San Diego Opera at Civic Center Plaza, directed by Ian Campbell, was ranked by Opera America as one of the top 10 opera companies in the United States. Old Globe Theatre at Balboa Park produces about 15 plays and musicals annually. The La Jolla Playhouse at UCSD is directed by Christopher Ashley. Both the Old Globe Theatre and the La Jolla Playhouse have produced the world premieres of plays and musicals that have gone on to win Tony Awards or nominations on Broadway. The Joan B. Kroc Theatre at Kroc Centers Performing Arts Center is a 600-seat state-of-the-art theatre that hosts music, dance, and theatre performances. The San Diego Repertory Theatre at the Lyceum Theatres in Horton Plaza produces a variety of plays and musicals. Hundreds of movies and a dozen TV shows have been filmed in San Diego, a tradition going back as far as 1898.

Because of its ethnic and cultural mix, San Diego has a wide range of cuisines. One can find Mexican, Italian, French, Spanish, Filipino, Vietnamese, Greek, Latin, German, Indian, Central and East Asian, Middle Eastern and Pacific Islander food throughout the city. In addition, there are numerous seafood restaurants and steakhouses. The citys long history and close proximity to Mexico has endowed the area with an extensive variety of authentic Mexican restaurants. Regional homemade specialties, border fare and haute cuisine are all readily available.

San Diegos warm, dry climate and access to the ocean have also made it a center for fishing and for growing fruits and vegetables. Long a center of the tuna industry, San Diego benefits from an abundant supply of seafood.

Many of the most popular restaurants can be found in the Gaslamp Quarter, Little Italy, La Jolla, Hillcrest and Old Town.