Jahandar Shah (10 May 1661 – 12 February 1713) was a Mughal Emperor who ruled for a brief period in 1712–1713, "a worthless debauch, became emperor after liquidating his three brothers." His title was Shahanshah-i-Ghazi Abu'l Fath Mu'izz-ud-Din Muhammad Jahandar Shah Sahib-i-Quran Padshah-i-Jahan (Khuld Aramgah). 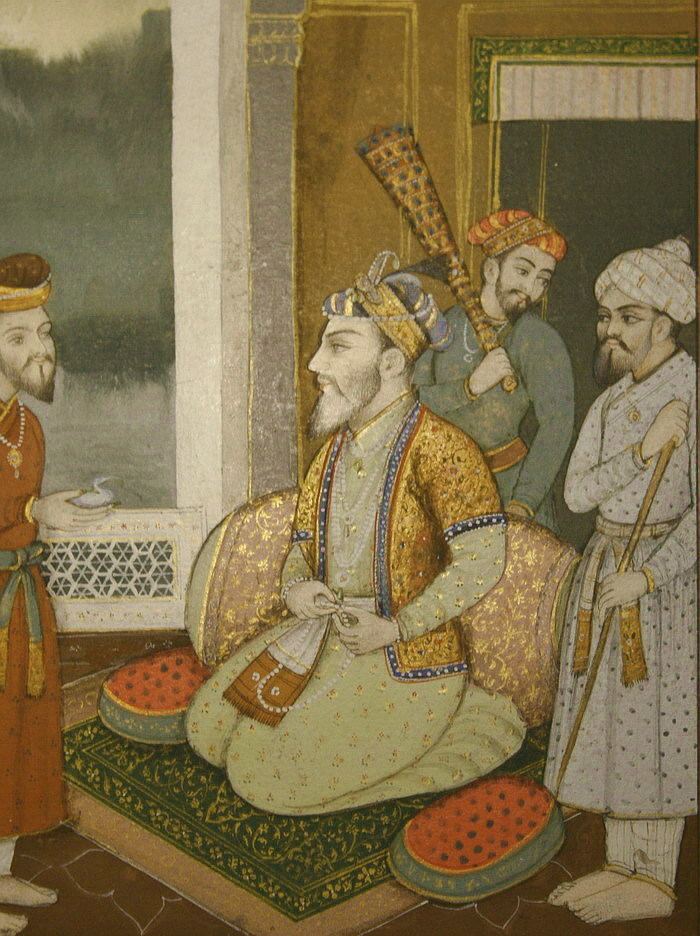 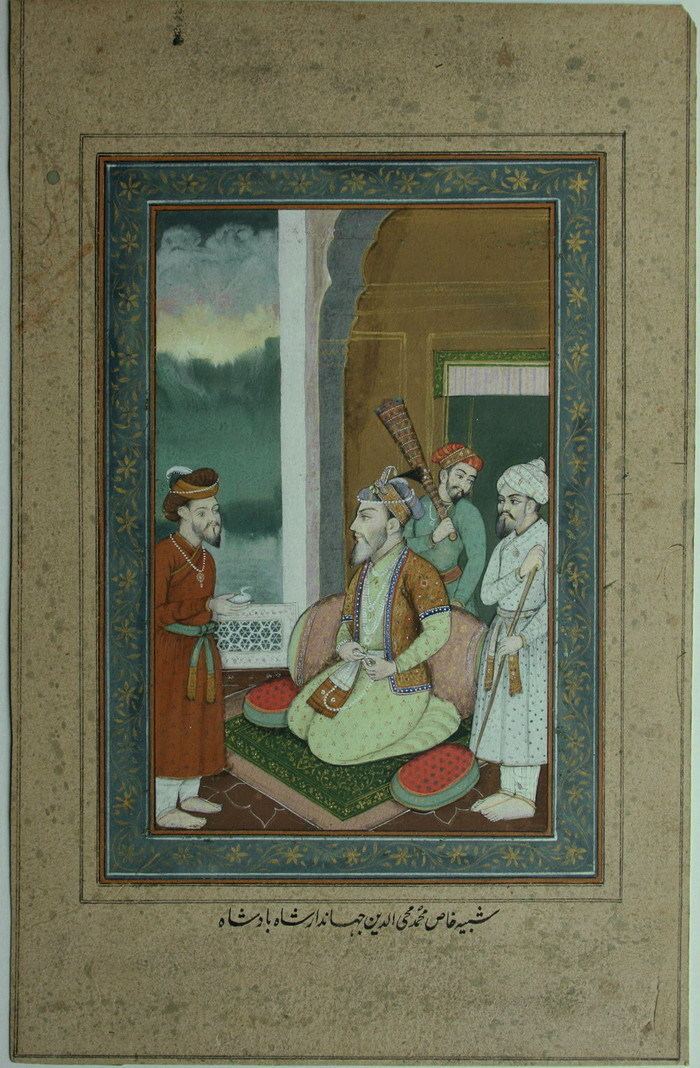 Jahandar Shah was born on 10 May 1664, a son of the emperor Bahadur Shah I. Upon the death of their father on 27 February 1712, he and his brother Azim-ush-Shan both declared themselves emperor and conducted a struggle for the succession. Azim-us-Shan was killed on 17 March 1712 and Jahandar Shah was able to rule for a further eleven months. Before coming to the throne, Jahandar Shah had sailed around the Indian ocean, and had been a very prosperous trader, and was later appointed Subedar of Sindh. He was the father of three sons, including Aziz-ud-Din who reigned as Mughal emperor between 1754 and 1759.

Jahandar Shah, was very frivolous in lifestyle, his court was enlivened by dancing and entertainment. He chose a favorite wife, Lal Kunwar who was a mere dancing girl before her elevation to the position of Queen Consort. Together they shocked the Mughal Empire and were even opposed by Aurangzeb's surviving daughter Zinat-un-Nissa. 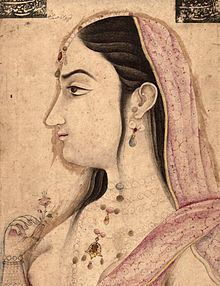 His authority was rejected by the third Nawab of the Carnatic Muhammed Saadatullah Khan I, who killed De Singh of Orchha, mainly because the Nawab believed that he was the righteous commander of the Gingee Fort, and began a smear campaign referring to Jahandar Shah as an usurper to the Mughal throne. To further strengthen his authority Jahandar Shah sent gifts to the Ottoman Sultan Ahmad III. 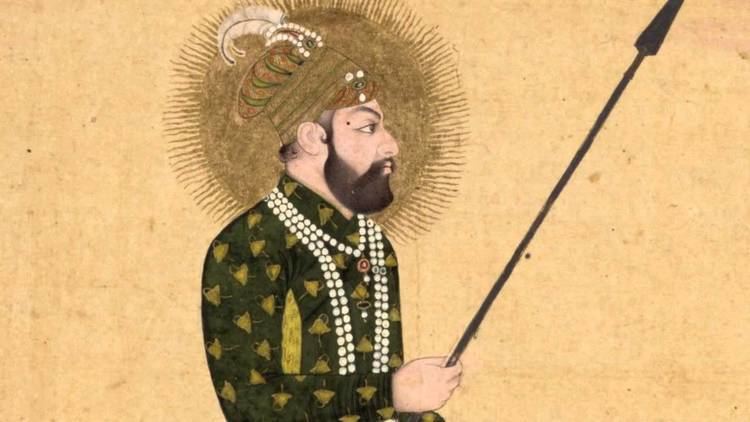 The Mughal Emperor Bahadur Shah died in 1712 and he was succeeded by Jahandar Shah, the puppet Mughal ruler.Banda Singh Bahadur knew his weaknesses and between his region he captured Punjab region,east of Lahore along with the Mughal territories near trans-Yamuna region.

He was defeated in the battle at Agra on 10 January 1713 by Farrukhsiyar, his nephew and the second son of Azim-ush-Shan, with the support of the Syed Brothers. He fled to Delhi, from where he was captured and handed over to the new Emperor, who confined him along with Lal Kunwar. He lived in confinement for a month, until 11 February 1713, when professional stranglers were sent to murder him.