Isfahan (Persian: ?, Esfah?n   ), historically also rendered in English as Ispahan, Sepahan, Esfahan or Hispahan, is the capital of Isfahan Province in Iran, located about 340 kilometres (211 miles) south of Tehran. It has a population of 1,908,609 and is Irans third largest city after Tehran and Mashhad. The Greater Isfahan Region had a population of 3,793,101 in the 2011 Census, the third most populous metropolitan area in Iran after Tehran and Mashhad.

Isfahan is located on the main north–south and east–west routes crossing Iran, and was once one of the largest cities in the world. It flourished from 1050 to 1722, particularly in the 16th century under the Safavid dynasty, when it became the capital of Persia for the second time in its history. Even today, the city retains much of its past glory. It is famous for its Islamic architecture, with many beautiful boulevards, covered bridges, palaces, mosques, and minarets. This led to the Persian proverb "Esfah?n nesf-e jah?n ast" (Isfahan is half of the world).

The Naghsh-e Jahan Square in Isfahan is one of the largest city squares in the world and an outstanding example of Iranian and Islamic architecture. It has been designated by UNESCO as a World Heritage Site. The city also has a wide variety of historic monuments and is known for the paintings and history. 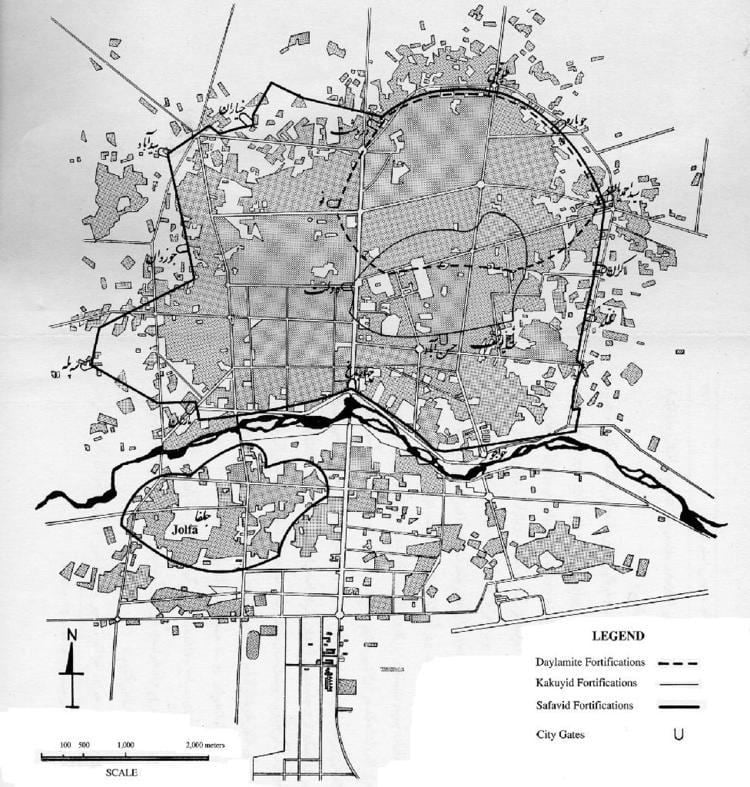 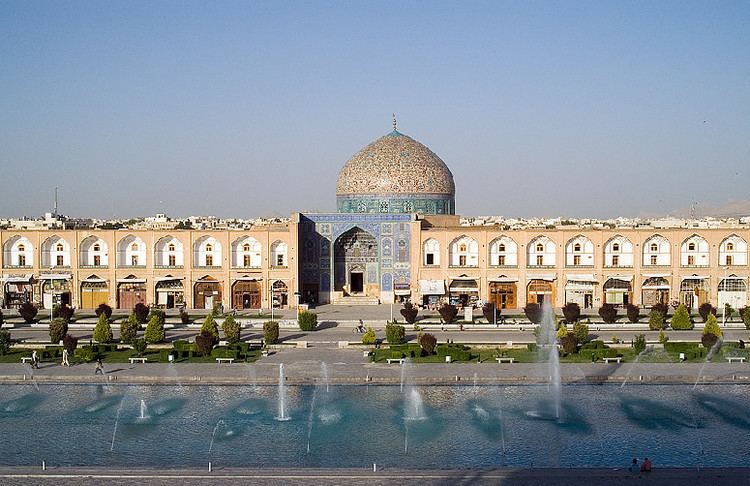 The city is located in the lush plain of the Zayanderud River, at the foothills of the Zagros mountain range. The nearest mountain is Mount Soffeh (Kuh-e Soffeh) which is situated just south of Isfahan. No geological obstacles exist within 90 kilometres (56 miles) north of Isfahan, allowing cool northern winds to blow from this direction. Situated at 1,590 metres (5,217 ft) above sea level on the eastern side of the Zagros Mountains, Isfahan has an arid climate (Köppen BSk). Despite its altitude, Isfahan remains hot during the summer with maxima typically around 35 °C (95 °F). However, with low humidity and moderate temperatures at night, the climate can be very pleasant. During the winter, days are mild while nights can be very cold. Snow has occurred at least once every winter except 1986/1987 and 1989/1990. 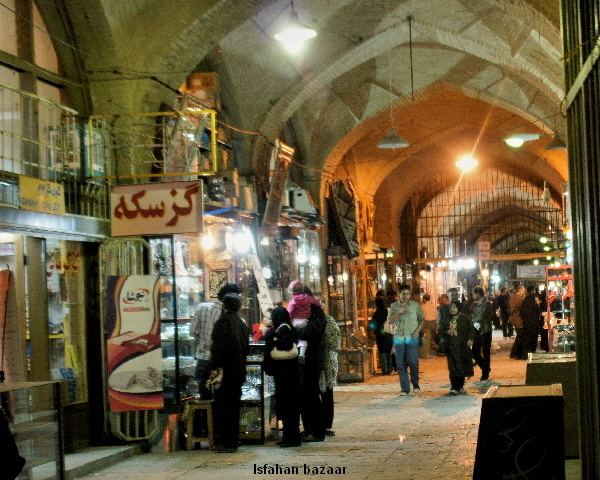 Isfahan has long been one of the centers for production of the famous Persian Rug. Weaving in Isfahan flourished in the Safavid era. But when the Afghans invaded Iran, ending the Safavid dynasty, the craft became stagnant. 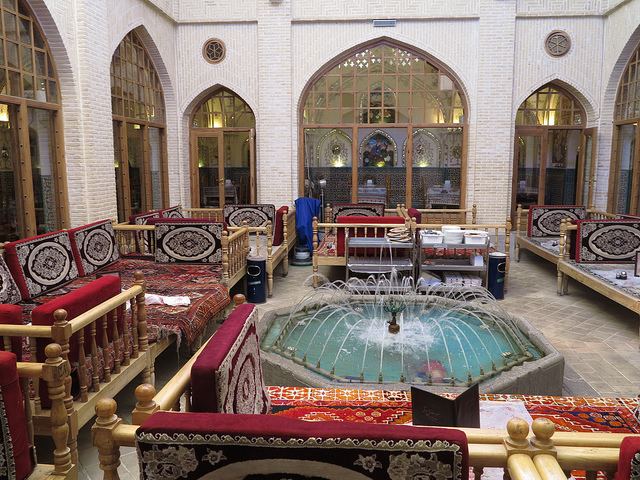