Single Dubliners (Flora Montgomery, Sean Campion, Fiona Glascott) seem doomed to repeat the same mistakes as they look for love, or at least sex, in the wrong places. 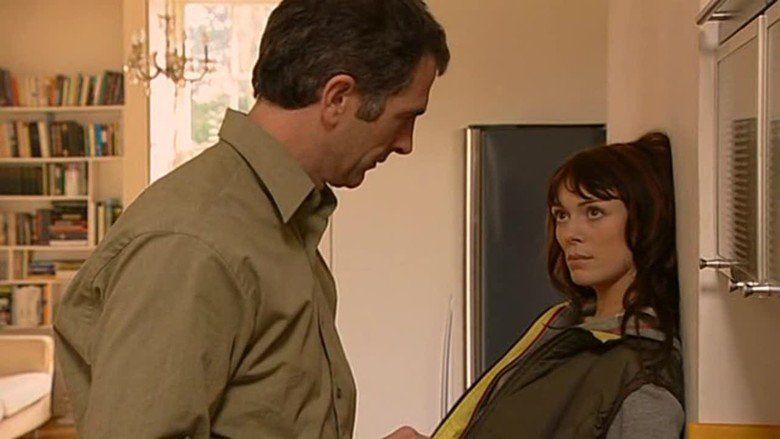 Goldfish Memory (2003) is a feature film about everyday relationships, set and filmed in Dublin. It was written and directed by Elizabeth Gill.

A small group of friends experience relationships which grow and stumble, involving everything from straight, gay, lesbian, and bisexual relationships. The speed with which these relationships last leads to the Goldfish memory effect, the belief that a Goldfish only has a 3 second memory is a metaphor for the transient nature of the characters relationships.

The movie is set around a small group of characters experiencing relationships which build and crumble before the viewers eyes. The title of the film refers to the belief, expressed by several of characters, that the goldfish retains a memory of something for only three seconds. Tom, one of the principal characters in the film, draws comparisons between this and the human tendency to jump from one relationship to the next, "forgetting" the pain that any previous one might have caused. The film shows complexities involved in straight, gay, lesbian, and bisexual relationships. Writer/director Liz Gill says the film was influenced by the work of directors Robert Altman and Richard Linklater, particularly Linklaters film Slacker.

Flora Montgomery appears in Goldfish Memory and When Brendan Met Trudy. Puccini for Beginners (2006). RelaxIts Just Sex (1998). About Adam (2001). Quackser Fortune Has a Cousin in the Bronx (1970).

The films soundtrack acted as something of a showcase for the Irish alternative music scene of the time. Alongside relatively established bands like The Frames and The Walls, it also featured up and coming acts like Rodrigo y Gabriela, Nina Hynes and Messiah J and the Expert.

Four songs by the legendary Brazilian Bossa Nova composer Tom Jobim were remade for the movie, three of which (Once I Loved, Waters of March and Desafinado) were performed by Damien Rice with Lisa Hannigan (vocals) and Vyvienne Long (cello). The other (Lamento No Morro) was performed by Richie Buckley.