Burbank is a city in Los Angeles County in Southern California, United States, 12 miles (19 km) northwest of downtown Los Angeles. The population at the 2010 census was 103,340.

Billed as the "Media Capital of the World" and located only a few miles northeast of Hollywood, numerous media and entertainment companies are headquartered or have significant production facilities in Burbank, including The Walt Disney Company, Warner Bros. Entertainment, Warner Music Group, Nickelodeon, NBC, and Insomniac Games. The city is also home to the Bob Hope Airport.

A tour of burbank ca

Burbank consists of two distinct areas: a downtown in the foothills of the Verdugo Mountains and flatlands at the east end of the San Fernando Valley.

At one time, it was referred to as "Beautiful Downtown Burbank" on Laugh-In and The Tonight Show Starring Johnny Carson. The city was named after David Burbank, a New Hampshire–born dentist and entrepreneur. 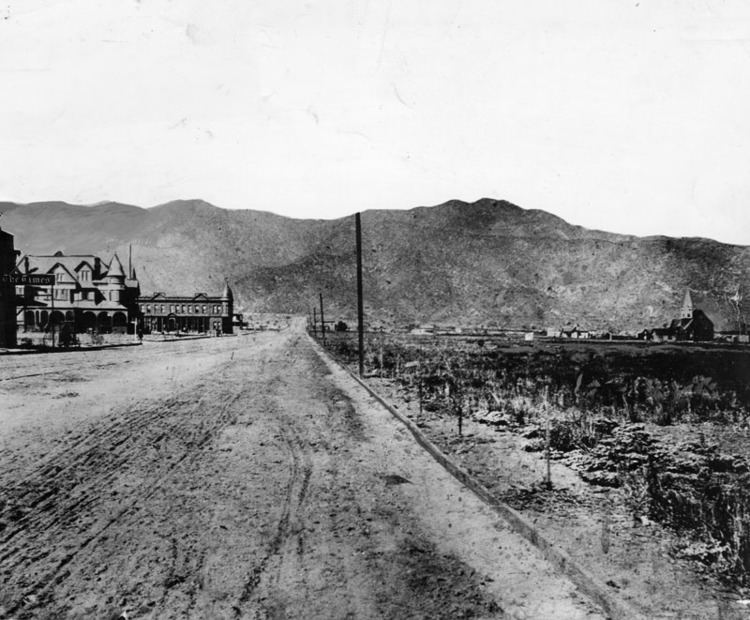 The city of Burbank occupies land that was originally part of two Spanish and Mexican-era colonial land grants, the 36,400-acre (147 km2) Rancho San Rafael, granted to Jose Maria Verdugo by the Spanish Bourbon government in 1784, and the 4,063-acre (16.44 km2) Rancho Providencia created in 1821. Historically, this area was the scene of a military skirmish which resulted in the unseating of the Spanish Governor of California, and his replacement by the Mexican leader Pio Pico. Remnants of the military battle reportedly were found many years later in the vicinity of Warner Brothers Studio when residents dug up cannonballs. 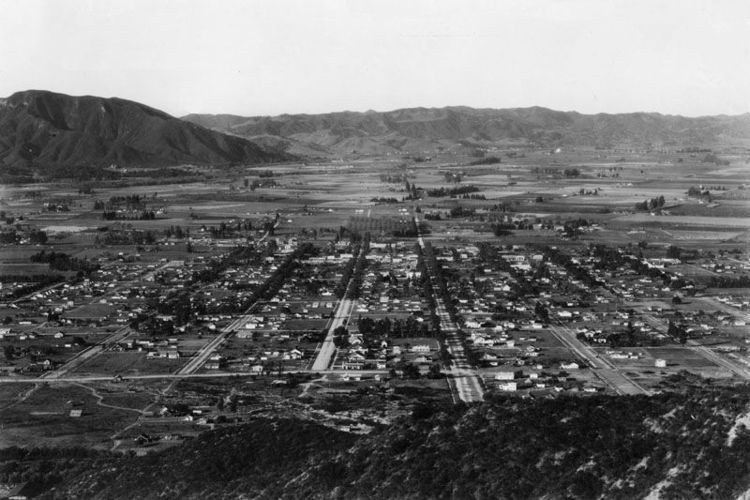 Dr. David Burbank purchased over 4,600 acres (19 km2) of the former Verdugo holding and another 4,600 acres (19 km2) of the Rancho Providencia in 1867 and built a ranch house and began to raise sheep and grow wheat on the ranch. By 1876, the San Fernando Valley became the largest wheat-raising area in Los Angeles County. But the droughts of the 1860s and 1870s underlined the need for steady water supplies.

A professionally trained dentist, Dr. Burbank began his career in Waterville, Maine. He joined the great migration westward in the early 1850s and, by 1853 was living in San Francisco. At the time the American Civil War broke out he was again well established in his profession as a dentist in Pueblo de Los Angeles. In 1867, he purchased Rancho La Providencia from David W. Alexander and Francis Mellus, and he purchased the western portion of the Rancho San Rafael (4,603 acres) from Jonathan R. Scott. Dr. Burbanks property reached nearly 9,200 acres (37 km2) at a cost of $9,000. Dr. Burbank wouldnt acquire full titles to both properties until after a court decision known as the "Great Partition" was made in 1871 dissolving the Rancho San Rafael. He eventually became known as one of the largest and most successful sheep raisers in southern California, resulting in him stopping his practice of dentistry and investing heavily in real estate in Los Angeles.

Dr. Burbank also later owned the Burbank Theatre, which opened on November 27, 1893, at a cost of $150,000. Though the theater was intended to be an opera house, instead it staged plays and became known nationally. The theatre featured famous actors of the time including Fay Bainter and Marjorie Rambeau, until it had deteriorated into a burlesque house.

When the area that became Burbank was settled in the 1870s and 1880s, the streets were aligned along what is now Olive Avenue, the road to the Cahuenga Pass and downtown Los Angeles. These were largely the roads the Indians traveled and the early settlers took their produce down to Los Angeles to sell and to buy supplies along these routes.

At the time, the primary long-distance transportation methods available to San Fernando Valley residents were stagecoach and train. Stagecoaching between Los Angeles and San Francisco through the Valley began in 1858. The Southern Pacific Railroad arrived in the Valley in 1876, completing the route connecting San Francisco and Los Angeles.

A shrewd businessman, foreseeing the value of rail transport, Burbank sold Southern Pacific Railroad a right-of-way through the property for one dollar. The first train passed through Burbank on April 5, 1874. A boom created by a rate war between the Santa Fe and Southern Pacific brought people streaming into California shortly thereafter, and a group of speculators purchased much of Dr. Burbanks land holdings in 1886 for $250,000. One account suggests Dr. Burbank may have sold his property because of a severe drought that year, which caused a shortage of water and grass for his livestock. Approximately 1,000 of his sheep died due to the drought conditions.

The group of speculators who bought the acreage formed the Providencia Land, Water, and Development Company and began developing the land, calling the new town "Burbank" after its founder, and began offering farm lots on May 1, 1887. The establishment of a water system in 1887 allowed farmers to irrigate their orchards and provided a stronger base for agricultural development. The original plot of the new townsite of Burbank extended from what is now Burbank Boulevard on the north, to Grandview Avenue in Glendale, California on the south, and from the top of the Verdugo Hills on the east to what is now known as Clybourn Avenue on the west.

At the same time, the arrival of the railroad provided immediate access for the farmers to bring crops to market. Packing houses and warehouses were built along the railroad corridors. The railroads also provided access to the county for tourists and immigrants alike. A Southern Pacific Railroad depot in Burbank was completed in 1887.

The boom lifting real estate values in the Los Angeles, California area proved to be a speculative frenzy that collapsed abruptly in 1889. Much of the newly created wealthy went broke. Many of the lots in Burbank ended up getting sold for taxes. Vast numbers of people would leave the region before it all ended.

By 1904, Burbank received international attention for having world heavyweight boxing champion James J. Jeffries become a major landowner in the town. Jeffries bought 107 acres (0.43 km2) to build a ranch on Victory Boulevard. He eventually raised cattle and sold them in Mexico and South America, becoming one of the first citizens to engage in foreign trade. He eventually built a large ranch home and barn near where Victory and Buena Vista Street now intersect. The barn was later removed and reassembled at Knotts Berry Farm in Buena Park, California.

Burbanks first telephone exchange, or telephone switch, was established in August 1900, becoming the first in the San Fernando Valley. Within 5 years, there were several telephone exchanges in the Valley and became known as the San Fernando Valley Home Telephone Company, based in Glendale. Home Telephone competed with Tropico, and in 1918 both were taken over by Pacific Telephone Company. At this time, there were an estimated 300 hand-cranked telephones in Burbank.

The towns first bank was formed in 1908 when Burbank State Bank opened its doors near the corner of Olive Avenue and San Fernando Blvd. On the first day, the bank collected $30,000 worth of deposits, and at the time the town had a population of 300 residents. In 1911, the bank was dissolved; it would then become the Burbank branch of the Security Trust & Savings Bank.

In 1911, wealthy farmer Joseph Fawkes grew apricots and owned a house on West Olive Avenue. But he also had a fascination for machinery, and soon began developing what became known as the "Fawkes Folly" aerial trolley. He and his wife Ellen C. Fawkes secured two patents for the nations first monorail. The two formed the Aerial Trolley Car Company and set about building a prototype they believed would revolutionize transportation.

Joseph Fawkes called the trolley his Aerial Swallow, a cigar-shaped, suspended monorail driven by a propeller that he promised would carry passengers from Burbank to downtown Los Angeles in 10 minutes. The first open car accommodated about 20 passengers and was suspended from an overhead track and supported by wooden beams. In 1911, the monorail car made its first and only run through his Burbank ranch, with a line between Lake and Flower Streets. The monorail was considered a failure after gliding just a foot or so and falling to pieces. Nobody was injured but Joseph Fawkes pride was badly hurt as Aerial Swallow became known as "Fawkes Folly." City officials viewed his test run as a failure and focused on getting a Pacific Electric Streetcar line into Burbank.

Laid out and surveyed with a modern business district surrounded by residential lots, wide boulevards were carved out as the "Los Angeles Express" printed:

"Burbank, the town, being built in the midst of the new farming community, has been laid out in such a manner as to make it by and by an unusually pretty town. The streets and avenues are wide and, all have been handsomely graded. All improvements being made would do credit to a city ... Everything done at Burbank has been done right."

The citizens of Burbank had to put up a $48,000 subsidy to get the reluctant Pacific Electric Streetcar officials to agree to extend the line from Glendale to Burbank. The first Red Car rolled into Burbank on September 6, 1911, with a tremendous celebration. That was about two months after the town became a city. The "Burbank Review" newspaper ran a special edition that day advising all local residents that:

"On Wednesday, the first electric car running on a regular passenger-carrying schedule left the Pacific Electric station at Sixth and Main streets, Los Angeles, for Burbank at 6:30 a.m. and the first car from Burbank to Los Angeles left at 6:20 a.m. the same day. Upon arrival of this car on its maiden trip, many citizens gave evidence of their great joy by ringing bells and discharging firearms. A big crowd of both men and women boarded the first car and rode to Glendale and there changed to a second car coming from Los Angeles and rode home again. Every face was an expression of happiness and satisfaction."

The Burbank Line was completed through to Cypress Avenue in Burbank, and by mid-1925 this line was extended about a mile further along Glenoaks Boulevard to Eton Drive. A small wooden station was erected in Burbank in 1911 at Orange Grove Avenue with a small storage yard in its rear. This depot was destroyed by fire in 1942 and in 1947 a small passenger shelter was constructed.

On May 26, 1942, the California State Railroad Commission proposed an extension of the Burbank Line to the Lockheed plant. The proposal called for a double track line from Arden Junction along Glenoaks to San Fernando Blvd and Empire Way, just northeast of Lockheeds main facility. But this extension never materialized and the commission moved on to other projects in the San Fernando Valley. The Red Car line in Burbank was abandoned and the tracks removed in 1956.

The city marshals office was changed to the Burbank Police Department in 1923. The first police chief was George Cole, who later became a U.S. Treasury prohibition officer.

In 1928, Burbank was one of the first 13 cities to join the Metropolitan Water District of Southern California, one of the largest suppliers of water in the world. This contrasted with other San Fernando Valley communities that obtained water through political annexation to Los Angeles. By 1937, the first power from Hoover Dam was distributed over Burbanks own electricity lines. The city purchases about 55% of its water from the MWD. 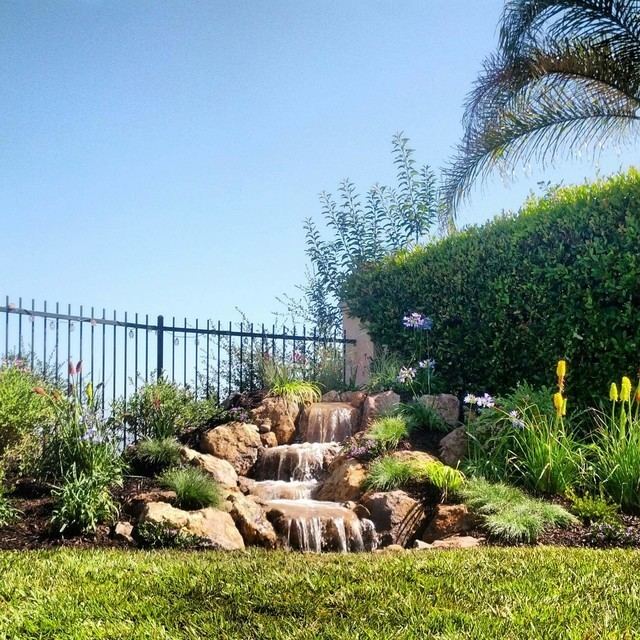 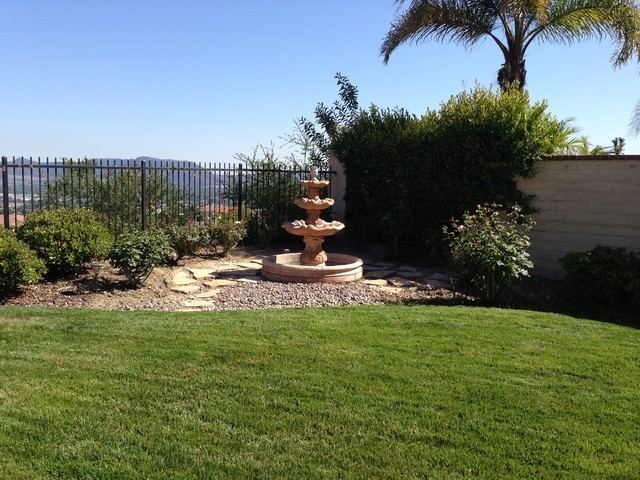 Elevations in the city range from 500 feet (150 m) in the lower valley areas to about 800 feet (240 m) near the Verdugo Mountains. Most of Burbank features a water table more than 100 feet (30 m) deep, more than the measures found in the 1940s when the water table was within 50 feet (15 m) of the ground surface in some areas of Burbank.

The second-largest office space market in the San Fernando Valley is located in Burbank. Much of the space is utilized by the entertainment industry, which has among the highest office lease rates in the region.