RADIO ONE 1973 WITH EMPEROR ROSKO

Michael Joseph "Mike" Pasternak (born December 26, 1942), known by his stage name Emperor Rosko, is an American presenter of pop music programmes, most widely known for his shows on Radio Caroline and BBC Radio 1 in the UK in the 1960s and early 1970s. 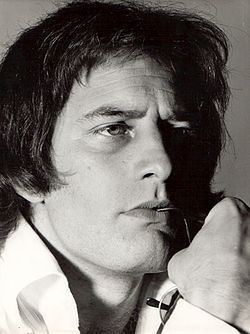 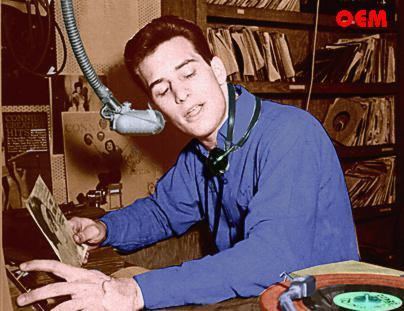 Born in Los Angeles, California, he is the son of Hollywood film producer Joe Pasternak. He was influenced in his career choice by KYA Radio DJs Lord Tim Hudson and Wolfman Jack in Los Angeles. Pasternak's opportunity to broadcast came whilst in the US Navy where he presented a show on the aircraft carrier USS Coral Sea, using the name Michael Prescott. He then moved to Europe and hosted sponsored programmes in France and Belgium.

In an interview with Chris Edwards, for Offshore Echoes, Rosko explained: "I used to listen to a guy named Roscoe, who used to listen to a guy called Boscoe and the double-syllable name ending in "o" was synonymous with rhythm and rhyme which was a precursor to rap. I also used to listen to several other people like Wolfman, Tom Donahue, etc. So I took a little bit of everybody and became Emperor Rosko to distinguish myself from all the others." 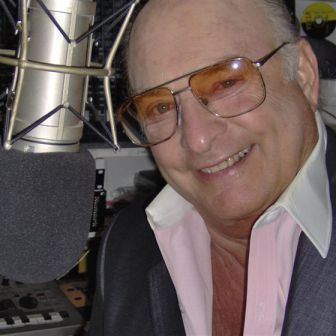 He joined Radio Caroline, a pirate radio station broadcasting from a ship off the coast of England, in 1964. There, his American-influenced quick presentation style soon made him one of the station's best-loved DJs. He was often joined on air by his mynah bird Alfie. After his time at Radio Caroline, he presented for French-language stations Radio Monte Carlo and Radio Luxembourg. 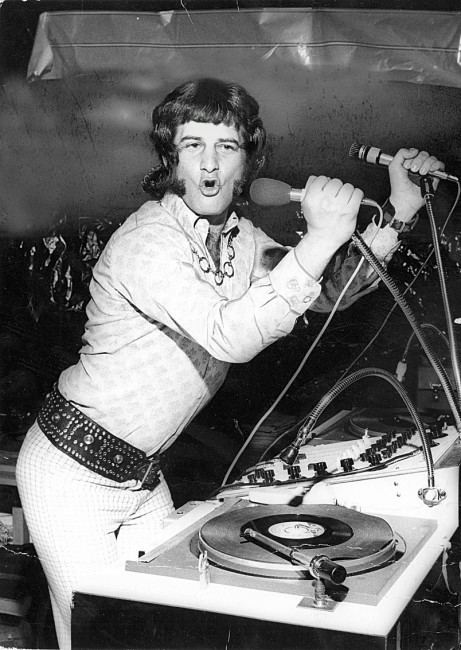 Rosko compered the Stax/Volt Tour of Europe in 1967 and can be heard introducing Booker T. & the M.G.'s, The Bar-Kays, Carla Thomas, Eddie Floyd, Sam & Dave, and Otis Redding on the two-album set The Stax/Volt Tour in London, recorded at the Finsbury Park Astoria (later the Rainbow Theatre on 17 March 1967. It is Rosko who can be heard introducing Redding and encouraging the crowd to chant and spell his name on Redding's album Live in Europe, recorded on March 17 and March 21, 1967.

As a disc jockey with Radio 1 at its launch in September 1967, Rosko initially recorded shows in France for the Midday Spin programme. On his first Midday Spin show, Rosko introduced himself with "I am the Emperor, the geeter with the heater, your leader, your groovy host from the West coast, here to clear up your skin and mess up your mind. It'll make you feel good all over." He highlighted the new Motown, reggae and rock music.

Rosko moved to the UK in 1968 and from 1970 presented Radio 1's Friday Roundtable where new records were reviewed by a panel of guests. He also presented in a Saturday lunchtime slot. Together with fellow Radio 1 DJ Dave Lee Travis, he launched the first mobile discotheque, the "Rosko International Roadshow". He stayed with Radio 1 until September 1976, when he left for America to re-join his father, who was suffering from Parkinson's disease. Around 1975, he briefly hosted Crackerjack on BBC TV with Little & Large. During that year, he also presented a few editions of Top Of The Pops, including the edition broadcast on 10 April.

When Rosko returned to Europe, he was heard via recorded shows on Radio Luxembourg. In 1981 he returned to Radio 1 for a 13-week Sunday series of shows, and continued to broadcast at weekends during the Summer for four years. In 1988 he returned to Radio 1 to help celebrate the 21st birthday of the station. In 1992 he helped celebrate the station's 25th birthday with a special broadcast, before joining Virgin Radio 1215 in April 1993.

Since 2001 Rosko has been heard on the Classic Gold Digital network, from October 2001, and REM.FM, his programme being pre-recorded in California. He has also made broadcasts for the UK's Forest FM based in Verwood, Dorset and for Vixen 101 in East Yorkshire.

He also ran his own soul station "Rosko Radio" for Live 365, which aired its final broadcasts in December 2007. There was no sponsor and the free distribution was challenged by the societies of authors and composers in the USA based on complaints of unfair competition for FM radio. The service continued in podcast form.

He also broadcasts a programme called "The LA Connection" from his studios in California, which can be heard in the UK on 96.5 Bolton FM and across Europe on several stations including Central FM in southern Spain, and Radio Ayia Napa in Cyprus.

On 11 April 2009 Rosko presented a three-hour show within a BBC-sponsored commemorative broadcast from the lightship LV18 berthed at Harwich.

In more recent years Rosko has been heard regularly on the internet broadcaster Big L International.

Rosko was the inspiration for the Philip Seymour Hoffman character "The Count" in the 2009 British comedy film The Boat That Rocked, known as Pirate Radio in the United States.