El Reno is a city in and county seat of Canadian County, Oklahoma, United States. As of the 2010 census, the city population was 16,729. The city was begun shortly after the 1889 land rush and named for the nearby Fort Reno. It is located in the central part of the state, approximately 25 miles (40 km) west of downtown Oklahoma City, and is part of the Oklahoma City Metropolitan Statistical Area. 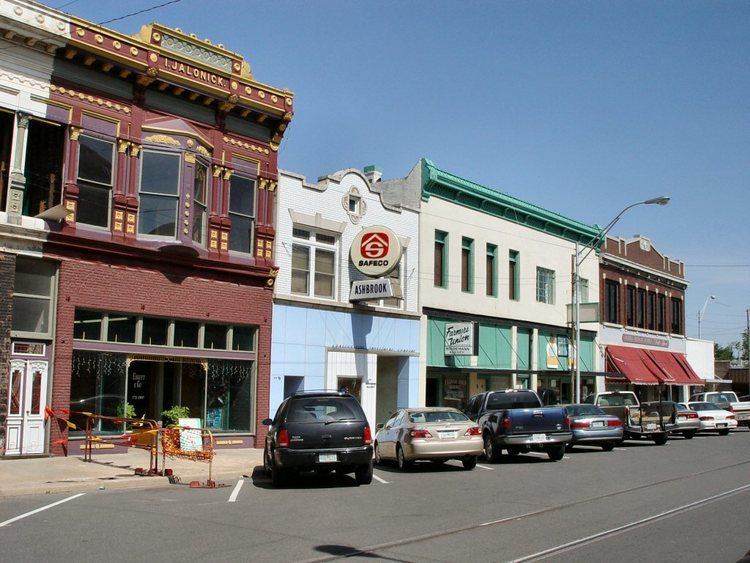 The city was originally located about five miles (8 km) north of its present location, on the banks of the North Canadian river, bearing the name Reno City, which caused its mail to get mixed up with mail for Reno, Nevada. After the second time the town flooded, it was moved to its present location and changed its name to El Reno. This word is Spanish for "the reindeer". 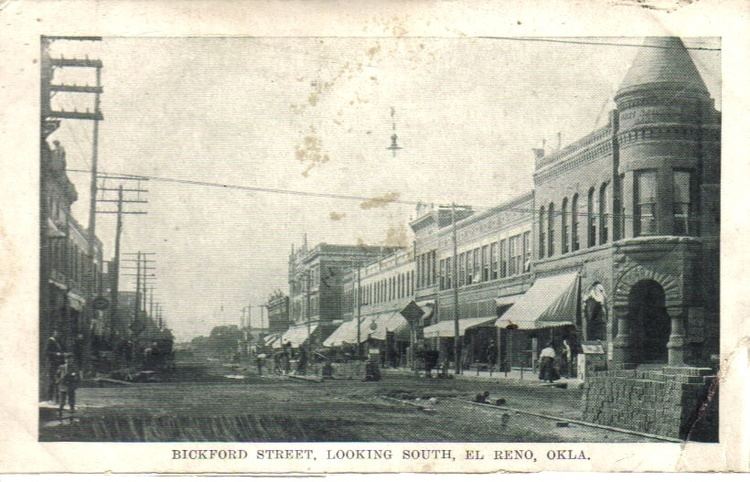 Historic Fort Reno was built in 1874, and first commanded by General Philip Sheridan. He named it in honor of his friend, Gen. Jesse L. Reno, who was killed in the Civil War. The grounds of the old fort became home to a research laboratory for the U.S. Department of Agriculture in 1948. The laboratory studies environmentally sustainable forage and livestock production, contributing to preservation of the great plains of North America.

El Reno is located on the 98th Meridian, which allowed the eastern side to be opened to non-Indian settlement in the Land Run of 1889. The western side was opened in the 1892 opening of the Cheyenne and Arapaho lands. It was subsequently selected as the land district office for the 1901 land lottery drawings.

During WWII, Fort Reno, about 5 mi (8.0 km) north west of El Reno, was the site of a prisoner of war camp, and today contains a P.O.W. cemetery, with stones bearing the names of German and Italian prisoners who died there.

Southwestern Federal Reformatory, restricted to male prisoners under the age of 35, was constructed about 2 miles (3.2 km) west of El Reno in 1935. Renamed the Federal Correctional Institution of El Reno in the mid-1970s, the population expanded to include men of all ages. It became the fifth largest prison in the U.S. It is still one of the largest employers in El Reno.

It is the only city in Oklahoma to have a streetcar in operation in the downtown area. At one time it possessed a terminal and repair facility for the CRI&P (Chicago, Rock Island and Pacific Railroad, or "Rock Island") railroad, which employed a large number of people. The CRI&P went bankrupt in 1975. The railroad yards have remained vacant property. The old depot and some other buildings were acquired by the Canadian County Historical Society for use as part of a museum complex.

El Reno is a Main Street community. The Oklahoma Main Street Program is a downtown revitalization program and the El Reno Program won the Great American Main Street Award in 2006.

The town is noted for its annual Fried Onion Burger Day Festival, which is always the 1st Saturday in May. Burger Day is where you can witness the cooking of the world’s largest fried onion hamburger, weighing over 850 pounds (400 kg). The giant burger contains all the important parts of the famous El Reno fried onion burgers which includes meat, fried onions, sliced pickles, and mustard all between two giant buns. Not only do festival goers get to watch the massive burger be built and cooked, but they are also allowed to help eat the monstrosity. Volunteers divide the giant burger into individual sized portions with burger-sized cookie cutters. Other volunteers shuttle back and forth from the burger to the crowd, delivering the free portions to anyone wanting a piece. In 2008, El Reno celebrated the 20th Annual Fried Onion Burger Day.

El Reno was hit by a multiple-vortex tornado on May 31, 2013. The Weather Channels Mike Bettes was hit by this storm, but survived it. Tim Samaras, his son Paul, and TWISTEX colleague Carl Young lost their lives near the Regional Airport. Paul and Young were ejected from their pale Chevrolet Cobalt by the tornados sub-vortex while Tim was still buckled in the passengers seat next to Youngs driving seat. Local amateur chaser, Richard Henderson lost his life in that same area. Before the tornado stuck him, Henderson snapped a picture of it from his cellular phone and sent that picture to a friend. Dan Robinson of St. Louis successfully escaped the tornado with a few injuries. He was a few hundred meters ahead of the TWISTEX crew. Oklahoma University student, Billy Prater, along with his father and a friend, sought refuge under an overpass (an action strongly discouraged in these situations) when the storm changed direction. 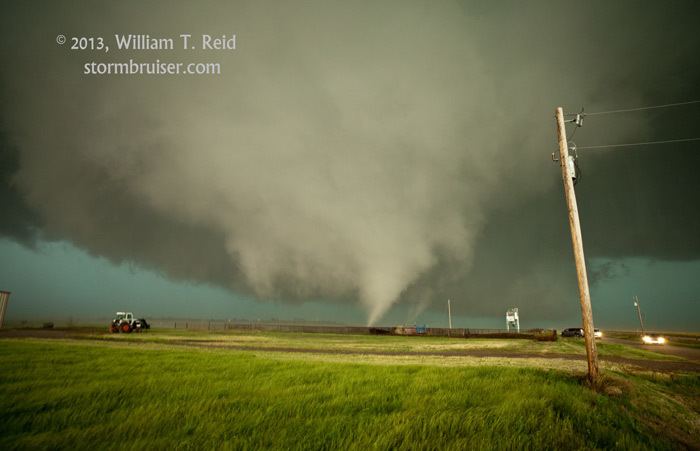 El Reno is located in the United States at the interchange of I-40 and U.S. Route 81. At one time it sat on the boundary between Oklahoma Territory and Indian Territory, and sits about 20 miles (32 km) west of the old Chisholm Trail. Jesse Chisholm is buried nearby.

In 1952, a magnitude 5.5 earthquake struck near El Reno, causing damage to several buildings in the city. It was the strongest earthquake in Oklahoma history prior to the November 5, 2011 earthquake near Sparks.