Douglas Tafadzwa Hondo (born 7 July 1979 in Bulawayo) is a Zimbabwean cricketer. He played nine Test matches as a right-arm medium-fast swing bowler, and is distinctive for his dreadlocks.

When he had finished at the academy he was placed with the Midlands team in Kwekwe. Hondo was plagued by bad form, taking only 11 wickets at more than 50. Despite this he was, surprisingly, called up for the first Test versus South Africa. Hondo assumed he was to be a net bowler but he was bowling well in the nets and then the first choice, Brighton Watambwa, was injured and Hondo made his debut. He did not bowl well, in a poor team performance, and South Africa scored 600–3 decl., Hondo taking the wicket of Gary Kirsten for 212. Hondo acquitted himself well with the bat, playing supportive innings to Andy Flowers pair of centuries, but was dismissed in the second innings with Flower stranded on 199*.

Dropped for the second Test, Hondo did play two ODIs against England but he was very inaccurate. Not wanted for the tours, Hondo was sent to play club cricket in Adelaide with Stuart Matsikenyeri. Here, he worked on his accuracy and was rewarded by being called up to the squad in India for the three-match ODI series. He did not play in the first two games but in the third he took three wickets,(Dinesh Mongia, Saurav Ganguly and VVS Laxman) and, along with Pommie Mbangwa, reduced India to 50–4. Hondo took the last wicket and Zimbabwe went on to win, with Hondo named as man of the match. Hondo then made it to the ICC Champions Trophy squad, taking more wickets against England and India.

Hondo toured England in 2003 but did not do well.

A series of back and hamstring injuries mean he has not played international cricket since January 2005. 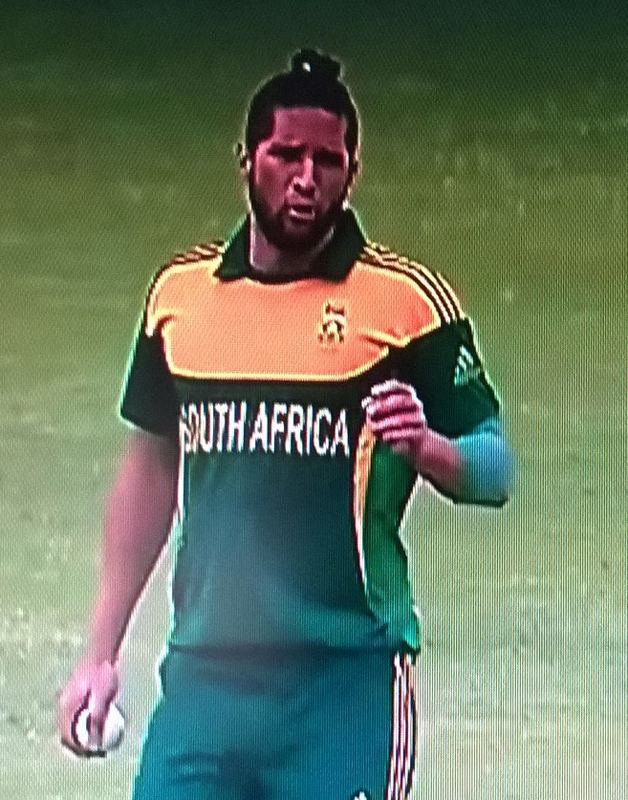 As a youth, he played rugby and basketball at Churchill, but no longer plays any sports except cricket. He has a big interest in music.