Dharangaon is a city and a municipal council in Jalgaon district in the state of Maharashtra, India. Most of the population is from the Mali,Dhangar and Teli community.

Dharangaon is the birthplace of the great poet Tryambak Bapuji Balkavi Thombare[for more info on balkavi pls visit www.balkavi.in A school opened in Dharangaon City by name of Balkavi Thombare Vidyalaya, Chintaman Moraya Nagar. There is a model railway station route from Jalgaon to Udhana (Surat) joining the central railway to the western railway route. 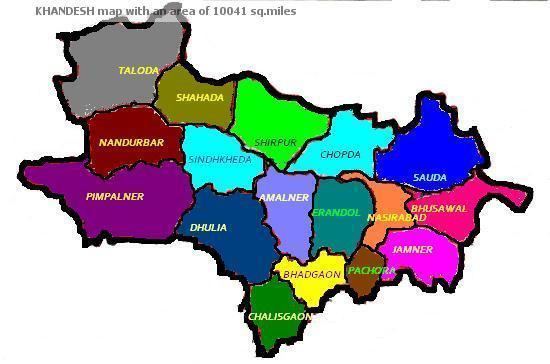 In the 17th century, when Dharangaon was an important business place for English empire, King Shivaji had visited this town while on a mission of Surat. Dharangaon, a municipal town in Erandol, thirty-five miles north-east of Dhulia, contained, in 1872, 11,807 inhabitants, and in 1879 had a municipal income of £438 (Rs. 4380).

At the time of the Moghal conquest (1600) Dharangaon was famous for its jirifaf and bhiran cloths. [Gladwins Ain-i-Akbari, II. 52,] During the seventeenth century, under the forms Dongong, Dorongon, and Drongom, it is several times mentioned as a trade centre of considerable importance. Here, in 1674, the English established a factory. The following year (March 1675) the town was plundered by King Shivaji. [Bruces Annals, IL 36,37.] And four years later (1679), King Shivaji, joining his forces with those of the Raja of Berar, again plundered Dharangaon, then one of the most flourishing places in the country. [Ormes Historical Fragments, 84. In 1683 the Drongom investment was 10,000 pieces broad bastas, 10,000 pieces sevgazis, and 100,000 lbs. (2500 mans) of turmeric 256,257.] Six years later (1685), Shambhaji still more savagely plundered the town, burning or pillaging every house. [Ormes Historical Fragments, 143. The factors at Dharangaon had but two hours to escape.] Under the Marathas Dharangaon suffered much from Bhil raids, and was the scene of one of the, frightful Bhil massacres by which the Marathas vainly attempted to keep order. It came into British possession in 1818, [Grant Duff, III. 464.] and here, from 1825 to 1830, Lieutenant, afterwards Sir James, Outram busied himself in raising the Bhil Corps. [Mr. J. Pollen, C.S.] In 1844 two American planters, Mr. Blount of Gorakhpur and Mr. Simpson of Madras, who had been appointed superintendents of cotton experiments, set up saw-gins. Next year (1845) a screw press was built, but this on account of its costliness proved a failure. In 1850 the gins, nineteen in number, were hired to Messrs. Ritchie Stewart and Co. of Bombay, who had established an agency, and a further supply of twenty-one more were made for them. In 1854 the office of superintendent was abolished, and only a small establishment was kept to take charge of the gins. Of these nineteen had been sold, a few hired out, and fifty-nine remained ready for disposal without any applicants. [Casscls Cotton, 89-100. ] In 1855 Government established a factory with ninety-three saw gins, under the management of a European overseer; merchants and cultivators were charged £1 (Rs. 10) a month for the hire of a gin. But the experiment proved costly, and after a time was given up. In 1865 there were 120 gins, and an establishment kept at a yearly cost of £144 (Rs. 1440), an outlay not nearly covered by the income realised from the gins. [Bom. Gov. Set., New Series, XCIII. 309.]

Diwali,Eid,Holi,Rath,Eid Milad are celebrated every year in Dharangaon.On every Tuesday of sharavan month there is a kushti competition is organised.Also each year Eid Milad is celebrated among the Muslim community of the city.