Denizli is a growing industrial city in the southwestern part of Turkey and the eastern end of the alluvial valley formed by the river Büyük Menderes, where the plain reaches an elevation of about three hundred and fifty metres (1,148 ft). Denizli is located in the countrys Aegean Region.

The city has a population of about 577,000 (2013 census). It jumped from 389,000 in 2007, due to the merger of 13 municipalities and 10 villages. The area of Denizli Municipality has increased almost five times and the population increase become around 50 percent. Denizli (Municipality) is the capital city of Denizli Province.

Denizli has achieved a remarkable economic development in the last decades based notably on textile production and exports. Having become a vibrant center of manufacturing focused on exportation, Denizli is frequently cited, along with a number of other Turkish cities, as one of the foremost examples of "Anatolian Tigers" in reference to its rapid pace of development.

The ancient ruined city of Hierapolis, as well as ruins of the city of Laodicea on the Lycus, the ancient metropolis of Phrygia. Also in the depending of Honaz, about 10 mi (16 km) west of Denizli is, what was, in the 1st century AD, the city of Colossae.

The weather is hot in Denizli in summers, whereas in winters, it may occasionally be very cold with snow on the mountains that surround the city. Some years, snow can be observed in the urban areas. Springs and autumns are rainy, mild climate, warm. 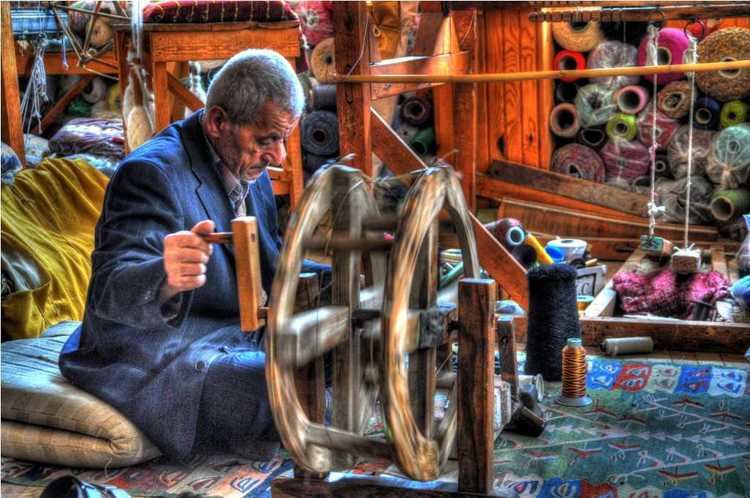 The area has been occupied since prehistoric times, there were important ancient Greek and Roman towns nearby, (Hierapolis and Laodicea on the Lycus), which persisted through the Byzantine period.

The city was founded in its current location after the area has been settled by the Turks. The inhabitants of Laodicea were resettled here in the Seljuk period.

In the 17th century, the Turkish traveler Evliya Çelebi visited Denizli and recorded the town as follows: "The city is called by Turks as (Denizli) (which means has abundant of water sources like sea in Turkish) as there are several rivers and lakes around it. In fact it is a four-day trip from the sea. Its fortress is of square shape built on flat ground. It has no ditches. Its periphery is 470 steps long. It has four gates. These are: painters gate in North, saddle-makers gate in the East, new Mosque gate in the South, and vineyard gate in the West. There are some fifty armed watchmen in the fortress, and they attend the shop. The main city is outside the fortress with 44 districts and 3600 houses. There are 57 small and large mosques and district masjids, 7 madrasahs, 7 childrens schools, 6 baths and 17 dervish lodges. As everybody lives in vineyards the upper classes and ordinary people do not flee from each other."

The city lived in peace for centuries without being involved in wars in a direct manner. Following World War I during the Independence War, the Greek forces managed to come as close as Sarayköy, a small town 20 km (12 mi) northwest of Denizli, but did not venture into Denizli where strong resistance of local mucahidans named as Zeybekler & Efeler was being prepared. The most widespread symbols of Denizli province are of textile industry, Zeybekler (Zeybeks) and Efeler (Efes) marble industry in the last decade, Denizli cock, Pamukkale...