David Rothenberg (b. 1962) is a professor of philosophy and music at the New Jersey Institute of Technology, with a special interest in animal sounds as music. He is also a jazz musician whose books and recordings reflect a longtime interest in understanding other species by making music with them. 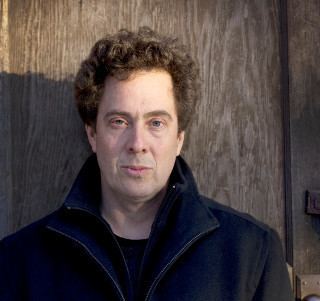 Rothenburg graduated from Harvard and took his PhD from Boston University. 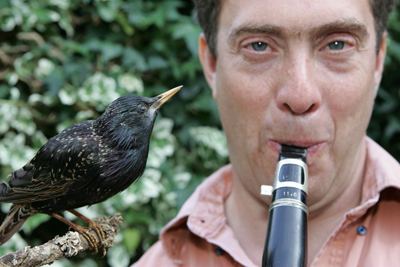 Looking back at his high school years in the 1970s, Rothenberg told Claudia Dreifus of the New York Times, "I was influenced by saxophonist Paul Winter's Common Ground album, which had his own compositions with whale and bird sounds mixed in. That got me interested in using music to learn more about the natural world." 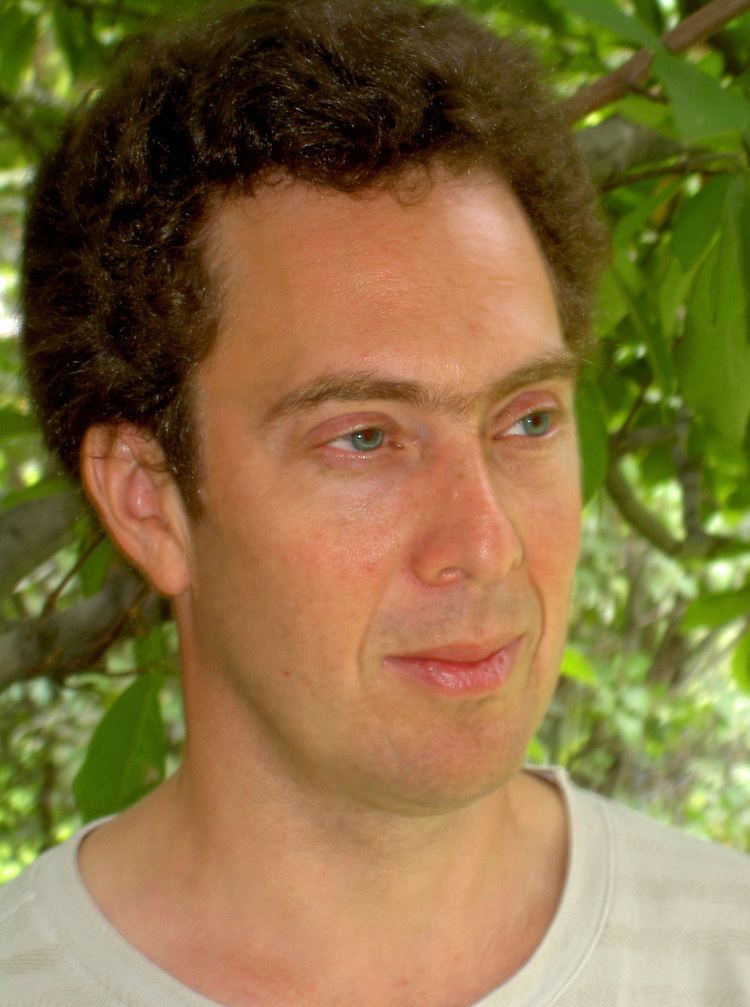 As an undergraduate at Harvard, Rothenberg created his own major to combine music with communication. He traveled in Europe after graduation, playing jazz clarinet. Listening to the recorded song of a hermit thrush, he heard structure that reminded him of a Miles Davis solo.

Because of Rothenberg's study of animal song and his experimental interactions with animal music, he is often called an "interspecies musician." According to Andrew Revkin, he "explores the sounds of all manner of living things as both an environmental philosopher and jazz musician."

Rothenberg is a professor of philosophy and music at the New Jersey Institute of Technology, with a special interest in animal sounds as music.

Rothenberg's book Why Birds Sing: A Journey Into the Mystery of Bird Song (Basic Books, 2005) was inspired by an impromptu duet in March 2000 with a laughingthrush at the National Aviary in Pittsburgh. In the wild, male and female laughingthrushes sing complex duets, so "jamming" with a human clarinet player was closely related to the bird's natural behavior. A CD accompanying the book also featured Rothenberg's duet with an Australian lyrebird. The book served as the basis for a 2006 BBC documentary of the same name.

Rothenberg's book Thousand Mile Song (Basic Books, 2008) reflects similar curiosity about whale sounds considered as music. He seeks out both scientific and artistic insights into the phenomenon. Philip Hoare said of the book, "..while Rothenberg's madcap mission to play jazz to the whales seems as crazy as Captain Ahab's demented hunt for the great White Whale, it is sometimes such obsessions that reveal inner truths...I find myself more than a little sympathetic to the author's faintly bonkers but undoubtedly stimulating intent: to push at the barriers between human history and natural history."

Survival of the Beautiful

His book Survival of the Beautiful: Art, Science and Evolution (Bloomsbury Press, 2011) was described by the journal Nature in this way: "Rothenberg covers topics such as camouflage, abstraction, the profound impact of art on science and much more to explore his theme [that beauty is not random but is intrinsic to life—and that evolution proceeds by sumptuousness, not by utility alone]." Roald Hoffmann said of the book, "David Rothenberg is a brilliantly fun guide on a journey that takes us from bower birds to the neuroesthetics of Semir Zeki. Survival of the Beautiful is just about the best travel literature of the mind out there. With wit by turns gentle and sharp, Rothenberg shows us how art is shaped by animals, and by us." Peter Forbes, writing in The Guardian, calls the book "immensely fertile", bringing together ideas from Charles Darwin, Ernst Haeckel, and D'Arcy Wentworth Thompson. Forbes praises Rothenberg's "innocent eye for the telling image", enjoying his treatment of the bowerbirds.

Bug Music, a book about insects and music, will be published by St Martins Press in 2013. He began this project at the 2006 International Arts Pestival in London. During the 2011 emergence of Brood XIX periodical cicadas, Rothenberg was the subject of a YouTube video as he played saxophone to accompany the mating calls of Magicicada tredecassini.

Rothenberg has recorded at least 9 albums in his own name, and has performed or recorded music with Peter Gabriel and other jazz musicians.

- You Can’t Get There From Here, with Scanner - Painted Betty, cdbaby, "with friends in Cold Spring"

Reviewing One Dark Night I Left My Silent House, Svenska Dagbladet wrote that Rothenberg and Crispell "create a moment of beauty" with "a searching minimalism", and awarded the maximum six stars.