Christian Wolff (less correctly Wolf; also known as Wolfius; ennobled as Christian Freiherr von Wolff; 24 January 1679 – 9 April 1754) was a German philosopher. The mountain Mons Wolff on the Moon is named in his honor. 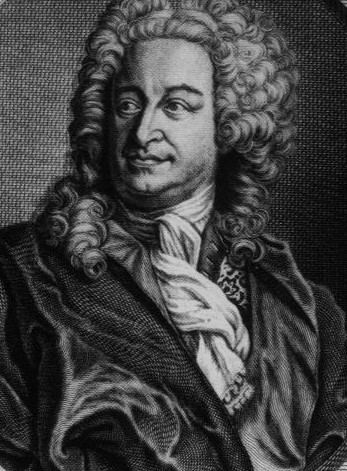 Wolff was the most eminent German philosopher between Leibniz and Kant. His main achievement was a complete oeuvre on almost every scholarly subject of his time, displayed and unfolded according to his demonstrative-deductive, mathematical method, which perhaps represents the peak of Enlightenment rationality in Germany. 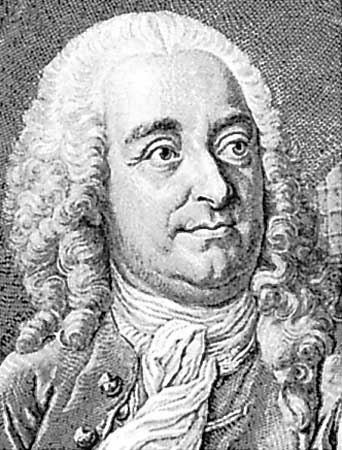 Wolff was also the creator of German as the language of scholarly instruction and research, although he also wrote in Latin, so that an international audience could, and did, read him. A founding father of, among other fields, economics and public administration as academic disciplines, he concentrated especially in these fields, giving advice on practical matters to people in government, and stressing the professional nature of university education.

However, the claims Wolff advanced on behalf of philosophical reason appeared impious to his theological colleagues. Halle was the headquarters of Pietism, which, after a long struggle against Lutheran dogmatism, had itself assumed the characteristics of a new orthodoxy. Wolff's professed ideal was to base theological truths on mathematically certain evidence. Strife with the Pietists broke out openly in 1721, when Wolff, on the occasion of stepping down as pro-rector, delivered an oration "On the Practical Philosophy of the Chinese" (Eng. tr. 1750), in which he praised the purity of the moral precepts of Confucius, pointing to them as an evidence of the power of human reason to reach moral truth by its own efforts.

On 12 July 1723 Wolff held a lecture for students and the magistrates at the end of his term as a rector. Wolff compared, based on books by the Belgian missionaries Francois Noel (1651–1729) and Philippe Couplet, Moses, Christ and Mohammed with Confucius. According to Voltaire professor August Hermann Francke had been teaching in an empty classroom but Wolff attracted with his lectures around 1,000 students from all over. In the following up Wolff was accused by Francke of fatalism and atheism.

As a consequence, Wolff was ousted in 1723 from his first chair at Halle in one of the most celebrated academic dramas of the 18th century. His successors were Joachim Lange, a pietist, and his son. His enemies had gained the ear of the king Frederick William I and told him that, if Wolff's determinism were recognized, no soldier who deserted could be punished, since he would only have acted as it was necessarily predetermined that he should. This so enraged the king that he immediately deprived Wolff of his office, and commanded him to leave Prussian territory within 48 hours or be hanged. The same day Wolff passed into Saxony, and presently proceeded to Marburg in Hesse-Kassel (or Hesse-Cassel), to whose university he had received a call even before this crisis, which was now renewed. The Landgrave of Hesse received him with every mark of distinction, and the circumstances of his expulsion drew universal attention to his philosophy. It was everywhere discussed, and over two hundred books and pamphlets appeared for or against it before 1737, not reckoning the systematic treatises of Wolff and his followers.

According to Jonathan I. Israel "the conflict became one of the most significant cultural confrontations of the 18th century and perhaps the most important of the Enlightenment in Central Europe and the Baltic countries before the French Revolution." In 1726 Wolff published his Discours, in which he again mentioned the importance of listening to music put on pregnant Chinese women, and had reworded some on Moses. At the University of Marburg, as one of the most popular and fashionable university teachers in Europe, he increased matriculation figures within five years by about 50%.

In 1738 Frederick William begun the hard labour of trying to read Wolff. In 1740 Frederick William died, and one of the first acts of his son and successor, Frederick the Great, was to acquire him for the Prussian Academy. Wolff refused, but accepted on 10 September 1740 an appointment in Halle. His entry into the town on 6 December 1740 took on the character of a triumphal procession. In 1743, he became chancellor of the university, and in 1745, he received the title of Freiherr (Baron) from the Elector of Bavaria. But his matter was no longer fashionable, he had outlived his power of attracting students, and his class-rooms remained, while not empty, then certainly emptier than they had been during his heyday in Marburg.

When Wolff died on 9 April 1754, he was a very wealthy man, almost entirely due to his income from lecture-fees, salaries, and royalties. He was also a member of many academies and probably the first scholar to have been created hereditary Baron of the Holy Roman Empire on the basis of his academic work. His school, the Wolffians, was the first school, in the philosophical sense, associated with a German philosopher. It dominated Germany until the rise of Kantianism.

Christian Wolff redefined philosophy as the science of the possible, and applied it in a comprehensive survey of human knowledge to the disciplines of his time. Wolffian philosophy has a marked insistence everywhere on a clear and methodic exposition, holding confidence in the power of reason to reduce all subjects to this form. He was distinguished for writing copies in both Latin and German. Wolff's teachings held virtually undisputed sway in Germany till the Kantian revolution, and even after that, Wolff continued to be regarded as one of the most important philosophers from German-speaking lands.

Until the 1960s, it was usually maintained by historians that Wolff's philosophy amounted to a common-sense adaptation or watering-down of the Leibnizian system; or, more charitably, Wolff was said to have methodized and "reduced" to dogmatic form the thoughts of his great predecessor. The Wolffian system retains the determinism and optimism of Leibniz, but the monadology recedes into the background, the monads falling asunder into souls or conscious beings on the one hand and mere atoms on the other. The doctrine of the pre-established harmony also loses its metaphysical significance (while remaining an important heuristic device), and the principle of sufficient reason is once more discarded in favor of the principle of contradiction which Wolff seeks to make the fundamental principle of philosophy.

Wolff had philosophy divided into a theoretical and a practical part. Logic, sometimes called philosophia rationalis, forms the introduction or propaedeutics to both. Theoretical philosophy had for its parts ontology or philosophia prima, cosmology, rational psychology, and natural theology; ontology treats of the existent in general, cosmology of the world as a whole, psychology of the soul as a simple non-extended substance, and rational theology of the existence and attributes of God. These are best known to philosophical students by Kant's treatment of them in the Critique of Pure Reason. Practical philosophy is subdivided into ethics, economics and politics. Wolff's moral principle is the realization of human perfection—seen realistically as the kind of perfection the human person actually can achieve in the world in which we live. It is perhaps the combination of Enlightenment optimism and worldly realism that made Wolff so successful and popular as a teacher of future statesmen and business leaders.

Wolff's most important works are as follows:

Wolff's complete writings have been published since 1962 in an annotated reprint collection, and thus are easily accessible:

This includes a volume that unites the three most important older biographies of Wolff.