Tessa Charlotte Rampling, OBE (born 5 February 1946) is an English actress. In a career spanning 50 years, she has appeared in English language, French and Italian cinema. A four-time Cesar Award nominee for her work in the French films On ne meurt que deux fois (1985), Under the Sand (2000), Swimming Pool (2003) and Lemming (2005), she received an Honorary Cesar in 2001 and France's Legion of Honour in 2002. 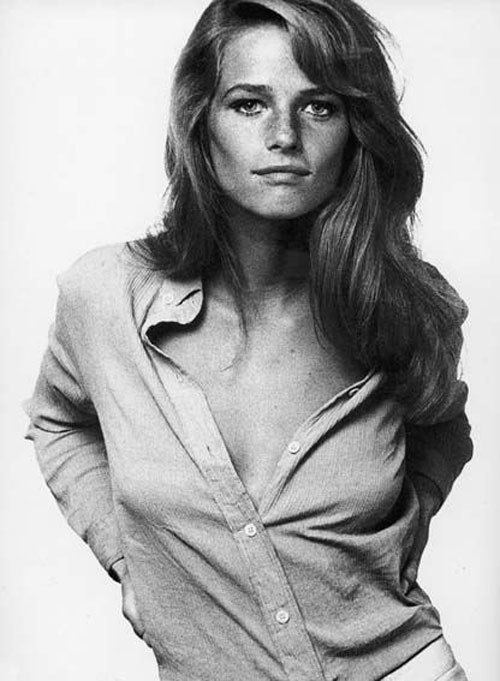 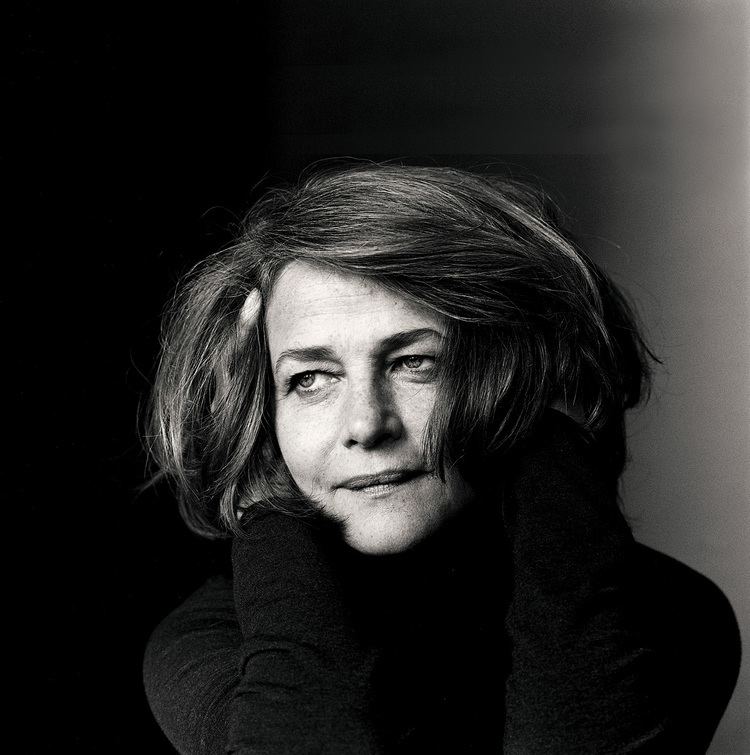 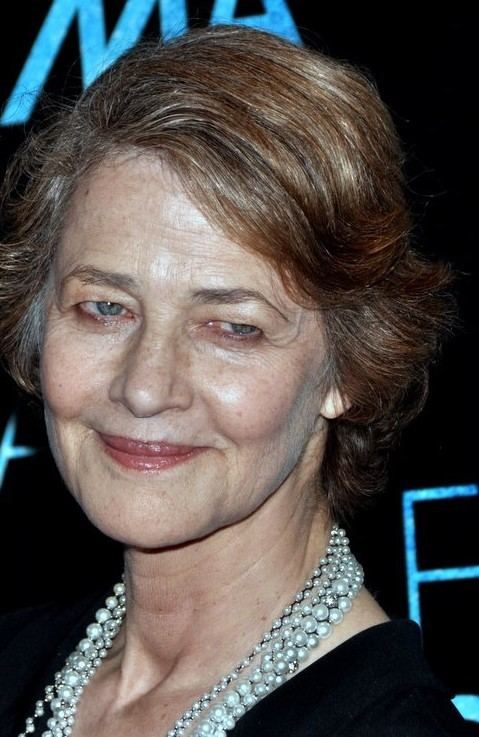 Rampling was born in Sturmer, Essex, the daughter of Isabel Anne (nee Gurteen 1918-2001), a painter, and Godfrey Rampling (1909-2009), an Olympic gold medalist and army officer. She grew up in Gibraltar, France and Spain. She attended Academie Jeanne d'Arc in Versailles and St. Hilda's School, a boarding school in Bushey, Hertfordshire, England. She had one sister, Sarah, who committed suicide in 1966 at the age of 23. 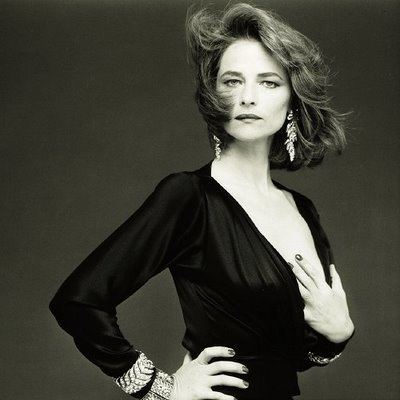 After beginning her career at age 17 in a commercial role and as a model, Rampling's first screen appearance was uncredited as a water skier in Richard Lester's film The Knack ...and How to Get It in 1965, which was followed a year later by the role of Meredith in the film Georgy Girl. 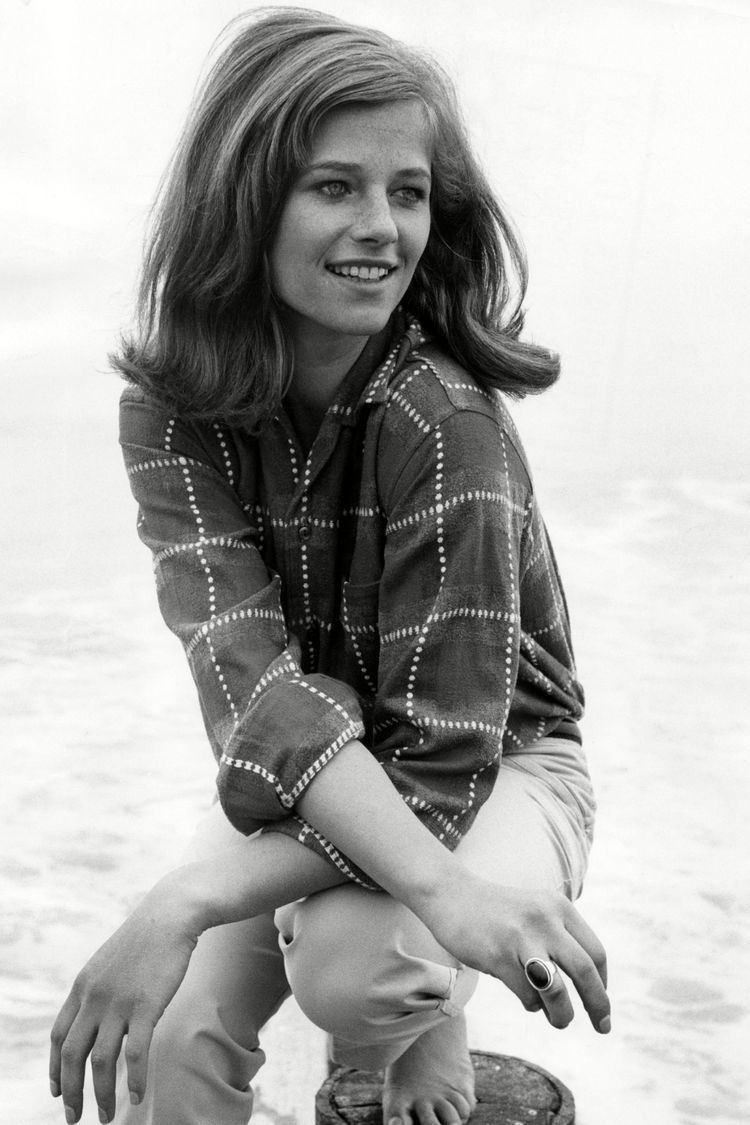 In 1967 Rampling played the gunfighter Hana Wilde in "The Superlative Seven", an episode of The Avengers. After this, her acting career blossomed in both English and French cinema. 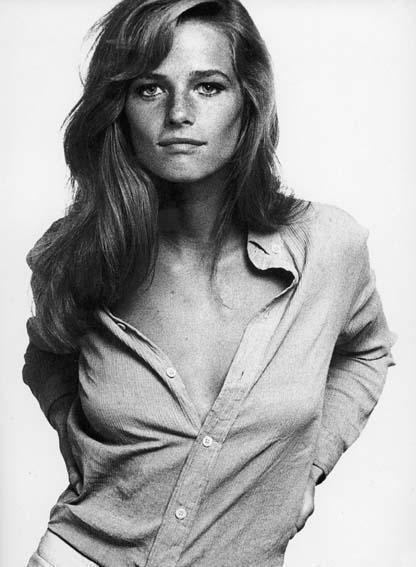 Despite an early flurry of success, she told The Independent, "We weren't happy. It was a nightmare, breaking the rules and all that. Everyone seemed to be having fun, but they were taking so many drugs they wouldn't know it anyway."

Rampling has performed controversial roles. In 1969, in Luchino Visconti's The Damned (La Caduta degli dei), she played a young wife sent to a Nazi concentration camp. Critics praised her performance, and it cast her in a whole new image: mysterious, sensitive and ultimately tragic. "The Look" as co-star Dirk Bogarde called it, became her trademark. In 1974's The Night Porter she portrayed a former concentration camp inmate who after the war meets a former camp guard with whom she had an ambiguous relationship, and their relationship resumes. Bogarde played the camp guard. In Max mon amour, she played a woman who fell in love with a chimpanzee.

Rampling gained recognition from American audiences in a remake of Raymond Chandler's detective story Farewell, My Lovely (1975) and later with Woody Allen's Stardust Memories (1980) and particularly in The Verdict (1982), an acclaimed drama directed by Sidney Lumet that starred Paul Newman.

Rampling credits Francois Ozon with drawing her back to film in the 2000s, a period when she came to terms with the death of her elder sister Sarah who, after giving birth prematurely in 1966, committed suicide at 23. "I thought that after such a long time of not letting her be with me," she told The Guardian, "I would like to bring her back into my life." The character she played in Ozon's Swimming Pool (2003), Sarah Morton, was named in her sister's honour. For most of Rampling's life, she would say only that her sister had died of a brain haemorrhage; when she and her father heard the news, they agreed they would never let her mother know the truth. They kept their secret until Rampling's mother died in 2001.

At 59, Rampling appeared in Laurent Cantet's Heading South (Vers le Sud), a 2005 film about sexual tourism. She plays Ellen, a professor of French literature and single Englishwoman, who holidays in 1970s Haiti to get the sexual attention she does not get at home.

On her choice of roles, Rampling says, "I generally don't make films to entertain people. I choose the parts that challenge me to break through my own barriers. A need to devour, punish, humiliate or surrender seems to be a primal part of human nature, and it's certainly a big part of sex. To discover what normal means, you have to surf a tide of weirdness."

The actress has continued to work in sexually provocative films, such as Basic Instinct 2. More recently, she portrayed the mother of Keira Knightley's character in the title role in 2008's The Duchess.

In 2002, she also recorded an album entitled Comme Une Femme. It is in both French and English, and includes parts that are spoken word as well as tracks Rampling sang.

Given her striking style and look, Rampling has also been seen on the cover of Vogue Magazine, Interview Magazine, Elle Magazine and CRUSHfanzine.

In 1972, Rampling married actor and publicist Bryan Southcombe and had a son, Barnaby Southcombe (a television director), before divorcing in 1976. They were widely reported to be living in a menage a trois with a male model, Randall Laurence, and in 1974, Rampling was quoted by the syndicated columnist Earl Wilson as saying: "There are so many misunderstandings in life. I once caused a scandal by saying I lived with two men [...] I didn't mean it in a sexual sense [...] We were just like any people sharing a flat." In 1978, Rampling married French composer Jean Michel Jarre and had a second son, magician and singer David Jarre. She also brought up stepdaughter Emilie Jarre, a fashion designer. The marriage was publicly dissolved in 1997 when she learned from tabloid newspaper stories about Jarre's affairs with other women and had a nervous breakdown. She was engaged to Jean-Noel Tassez, a French communications tycoon, from 1998 until his death in 2015.