Can t buy me love

Nerdy high schooler Ronald Miller (Patrick Dempsey) rescues cheerleader Cindy Mancini (Amanda Peterson) from parental punishment after she accidentally destroys her mothers designer clothes. Ronald agrees to pay for the $1,000 outfit on one condition: that she will act as though theyre a couple for an entire month. As the days pass, however, Cindy grows fond of Ronald, making him popular. But when Ronalds former best friend gets left behind, he realizes that social success isnt everything. 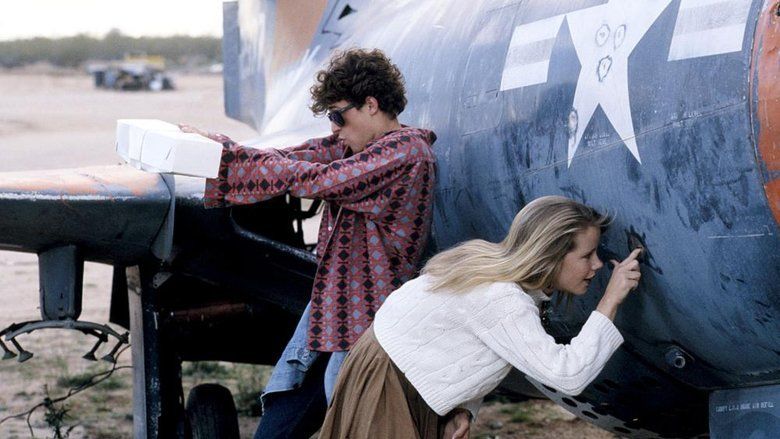 Cant Buy Me Love is a 1987 teen comedy feature film starring Patrick Dempsey and Amanda Peterson in a story about a nerd at a high school in Tucson, Arizona who gives a cheerleader $1,000 to pretend to be his girlfriend for a month. The film was directed by Steve Rash and takes its name from a Beatles song with the same title. 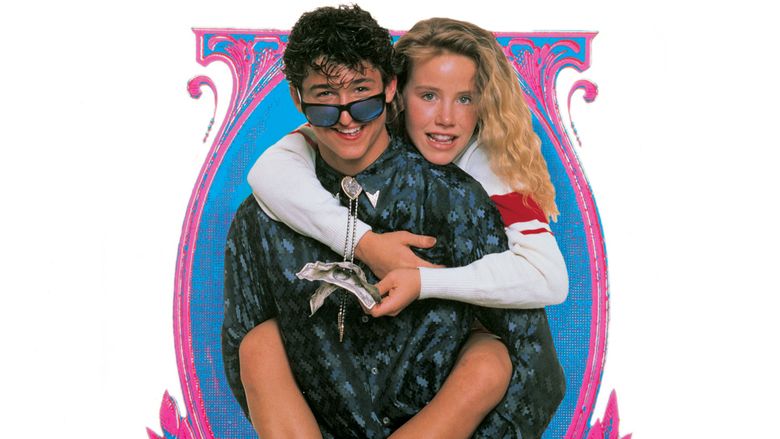 Nerdy high schooler Ronald Miller rescues cheerleader Cindy Mancini from parental punishment after she accidentally destroys her mother's designer clothes. Ronald agrees to pay for the $1,000 outfit on one condition: that she will act as though they're a couple for an entire month. As the days pass, however, Cindy grows fond of Ronald, making him popular. But when Ronald's former best friend gets left behind, he realizes that social success isn't everything. 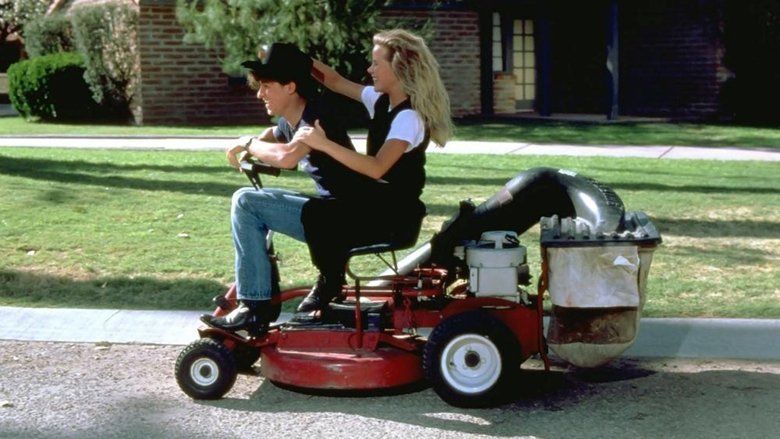 Ronald Miller (Dempsey) is a typical high school nerd living in Arizona. He has spent all summer mowing lawns to save up for a telescope. However, at an opportune moment he makes a deal with popular cheerleader Cynthia "Cindy" Mancini (Peterson) to "rent" her for $1,000. Cindy borrowed a suede jacket that belonged to her mother and needs to replace it after Quint (Cort McGown) spilled red wine on Cindy at a party. Having few options except telling her mom the truth, she reluctantly agrees to help him look "cool" by pretending to be his girlfriend for a month even though she already has a boyfriend named Bobby who is away at college. Both agree never to reveal their financial arrangement.

Can t buy me love famous quotes from the movie

Ronald then trades his nerdy-but-loyal friends for the shallow popular students and undergoes a complete clothing and hair makeover at Cindys direction. Over the course of the month, they discover each others individuality and are drawn together. Cindy soon starts to genuinely like Ronald. She opens up to him as he washes her car at her house, she goes inside to get a poem that she had written that meant the world to her and lets him read it. She gets to know him better as he reveals his interests in astronomy and space travel. They gaze at the moon and he tells her how when they are their parents age "people will be working there and living there... maybe even us". On the last date which Ronald has "paid" for Cindy then hints that she would like to kiss Ronald, signifying that she has real feelings for him, but he misunderstands and assumes she wants to talk about their breakup. They dramatically "break up" in front of a crowd at school but Ronald takes things too far and says some hurtful things about Cindy in front of their friends. She becomes cool and distant but warns him that popularity is hard work and he needs to make sure he "stays [him]self". The next day, Cindy appears disgusted with Ronald when she sees him behaving arrogantly at school and becomes jealous when she sees him flirting with her best friends Barbara and Patty, whom he later takes out on dates. 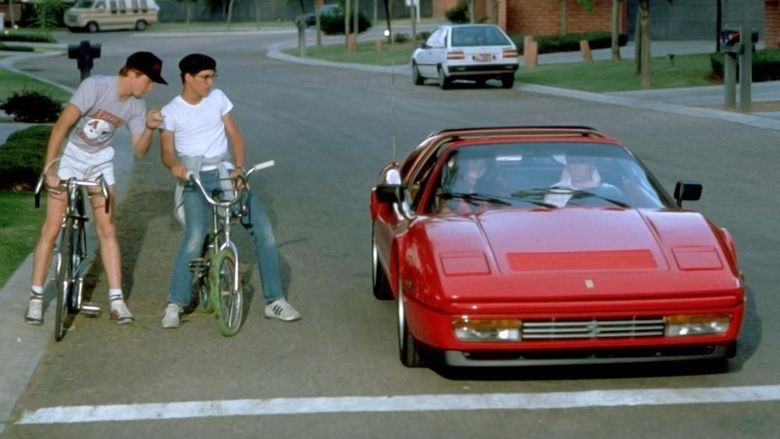 Ronald continues playing "cool" by hanging out with the jocks and hot chicks. He takes Patty to a dance at school, where he performs a dance he learned from the African Culture channel on television—he mistakenly believed to be watching American Bandstand. At first the other kids are mystified but they soon join in and Ronalds new "trendy" dancing makes him the most popular guy in school. On Halloween night, he and some other boys drive to the house of Kenneth (Courtney Gains), one of Ronalds friends and the jocks test his loyalty by coercing him to hurl dog feces at Kenneths house. Kenneth is lying in wait and catches Ronald but lets him go before his dad can call the police and ignores Ronald the next day at school. 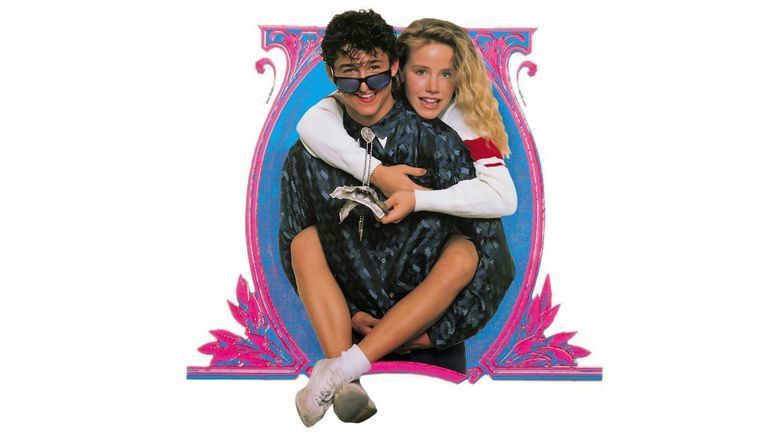 At a New Years Eve party Ronald gets drunk, goes into the bathroom with a girl and has sex with her. Cindy walks by and hears Ronald reciting to this girl the very poem that she (Cindy) had written. She is completely devastated, so she starts drinking heavily. Later, as a surprise Bobby (Cindys boyfriend) shows up at the party from the University of Iowa as he still has strong ties with most of the athletes. After he learns about her relationship with Ronald through a few of the athletes, Cindy is brutally dumped in front of her friends. In anger and frustration, she tells the party-goers the truth about her relationship with Ronald and his "cool" pretenses. She scolds her friends for falling for his act and for being "a bunch of followers". 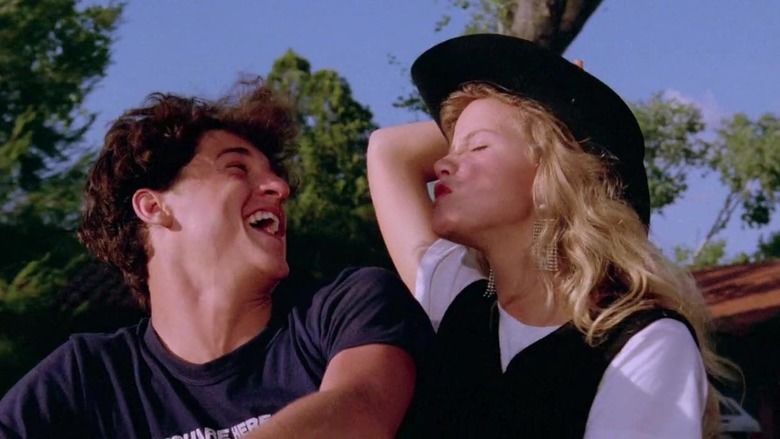 "Our little plan worked, didnt it Ronald?" Cindy says as she squashes his popularity—and places Ronald at the bottom rung of the high school social order. The "jocks" once again tease him and throw food at him—but the nerdy crowd has abandoned him as well. He is distressed at being socially ostracized and his attempts to reconcile with both Cindy and Kenneth are rebuffed. 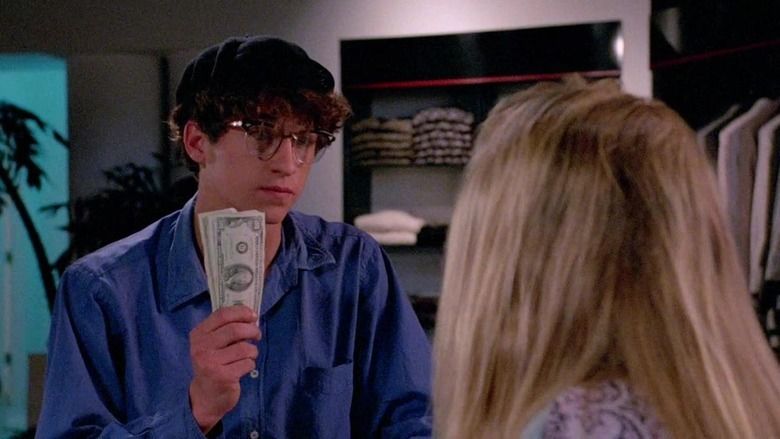 However, a moment comes to redeem himself when he defends his best friend Kenneth against the onslaught of Quint. Ronald points out that they were all friends at one time. When they were nine, Quint had fallen out of their tree house and broken his arm, they carried him twelve blocks to the hospital as he cried all the way. He tells them that the cool/nerd dynamic is "all bullshit, its tough enough just being yourself" and walks away. Quint and Kenneth shake hands and the whole school applaud. 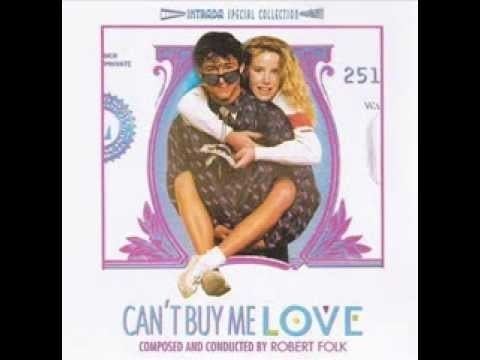 Cindy recognizes Ronalds worth after that and the two reconcile when she decides to hop on the back of his riding lawn mower instead of hanging out with her popular friends. He asks her to prom and the two kiss as the title song plays. Closing credits roll while the two of them ride off into the sunset on the lawn mower. 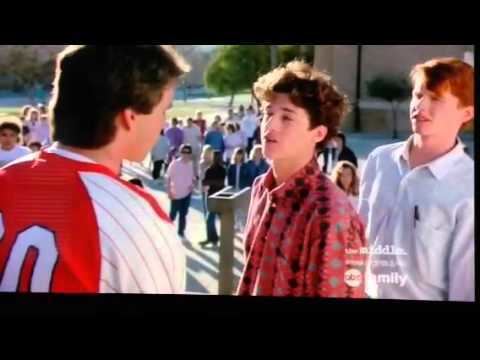 Cant Buy Me Love received mixed reviews from critics. Caryn James, in The New York Times, wrote that the film missed its mark and traded its potential originality for a bid at popularity by writing, "Michael Swerdlick, the writer, and Steve Rash, the director...waste a chance to make the much deeper, funnier movie that strains to break through. [The film]...has an identity crisis thats a mirror-image of Ronalds own. He thinks he wants popularity at any price, though hes really a sincere guy. The film thinks it wants to be sincere, when all it truly wants is to be popular, just like the other kids movies, so it sells off its originality." Roger Ebert gave the film half a star out of a possible 4, writing: "If Cant Buy Me Love had been intended as a satirical attack on American values - if cynicism had been its target - we might be on to something here. But no. On the basis of the evidence, the people who made this movie are so materialistic they actually think this is a teenage comedy. Cant they see the screenplays rotten core?" 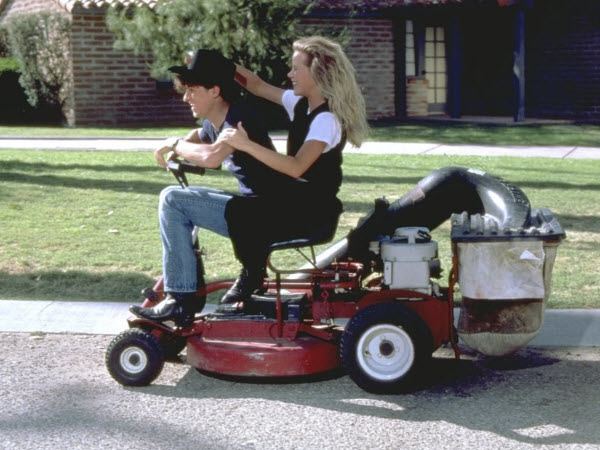 The film currently holds a 48% rating on Rotten Tomatoes based on 21 reviews. In 2006, it ranked number 41 on Entertainment Weeklys list of the 50 Best High School Movies.

In 2003, Cant Buy Me Love was remade as Love Dont Cost a Thing starring Nick Cannon and Christina Milian. Though the triggering event differs between the two movies, many of the aspects/scenes from the original film are reinterpreted in this remake, such as the eating of raw egg in the Home Economics classroom, as well as the cheerleader telling the bully that he is sitting in the wrong section in the cafeteria that he (the bully) need to sit in the "asshole section" of the cafeteria.