Boksburg is a city on the East Rand of Gauteng province of South Africa. Gold was discovered in Boksburg in 1887. It was named after the State Secretary of the South African Republic, W. Eduard Bok. The Main Reef Road linked Boksburg to all the other major mining towns on the Witwatersrand and the Angelo Hotel (1887) was used as a staging post.

Boksburg is part of the Ekurhuleni Metropolitan Municipality, that forms the local government of most of the East Rand.

The Mining Commissioner Montague White built a large dam which, empty for years, was dubbed Whites Folly until a flashflood in 1889 silenced detractors. The 150,000 square metre dam is now the Boksburg Lake, and is surrounded by lawns, trees, and terraces.

Prior to 1860, the present municipal area of Boksburg and its immediate environs comprised mainly the highveld farms called Leeuwpoort, Klippoortje, Klipfontein and Driefontein. Carl Ziervogel bought the farm Leeuwpoort in 1875 and for 300 morgen of barren, rocky veld he paid £75. In September 1886 Pieter Killian, a young Afrikaans prospector, discovered quartz reefs on Leeuwpoort. 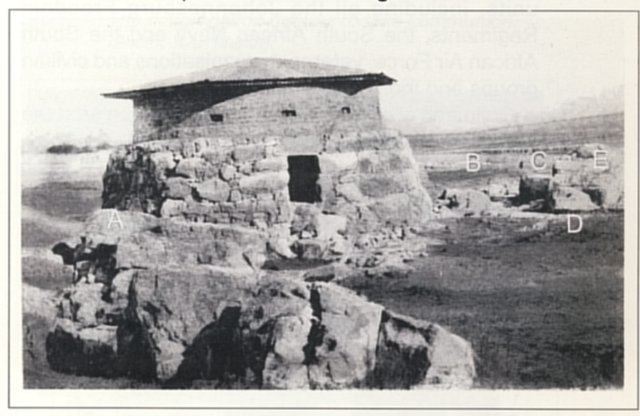 He also discovered quartz reefs on the farm Vogelfontein, named after Adolf Vogel.

Samples of the quartz were sent to Pretoria for assaying,which confirmed the presence of gold. Killian advised Dr W.E. Bok, Secretary of State for the Transvaal Republic, of the results of the assay. The result was the proclamation, on 10 March 1887, of the two farms as public diggings. Carl Ziervogel, who had been trying to sell Leeuwpoort, now opened the first gold mine on the East Rand, the Ziervogel Gold Mining Company.

Cornish miners were brought out to work the diggings. Unfortunately, it soon transpired that heavy expenditure was necessary for development, and as the Directors were unable to finance this, the mine closed down.

Mr Abe Bailey of the Barnato Group, which owned the Johannesburg Consolidated Investment Company (JCI), bought the farm Leeuwpoort in 1894 for £100,000. The mynpacht was controlled by JCI, who established E.R.P.M. Ltd, which is still carrying on mining operations after 120 years. JCI also developed many residential suburbs over the years.

Gold was also found at Elsburg, 8 km to the southwest. Elsburg was a recognized stopping point for coaches and wagon traffic. The first Government offices were at Elsburg and what was to become Boksburg was but a suburb of Elsburg. With the real centre of mining being centred on Boksburg, however, soon President Paul Kruger ordered that a new town be laid out to accommodate the miners. Land for the new town was released by having the boundaries of the farms Leeuwpoort, Driefontein and Klipfontein moved back from where they met. The newly created farm was called Vogelfontein, on which 1000 stands of 50x50 feet each were created. The new town of Boksburg was named after Dr Bok. In1887 the first auction sale of stands took place, at which prices of £5 to £25 were realized.

Also in 1887 the Republican Government built the Post Office and the Mining Commissioner’s office. Business and residential properties began to be built in the fledgling town in its first year of existence.

In 1888 coal deposits were discovered right on the boundary of the new town, and here coal was first mined in the Transvaal. This started an era of company promotion and syndicate formation, with ground fetching high prices. Enterprises of all kinds were set up and Boksburg began to emerge from a mining camp atmosphere to a fully-fledged town. Coal ensured that the gold mining industry would grow to a formidable size.

Originally, Boksburg was laid out in 1887 to serve the surrounding gold mines, and named after the State Secretary of the South African Republic, Eduard Bok. The Main Reef Road linked Boksburg to all the other major mining towns on the Witwatersrand and the Angelo Hotel was used as a production post. A railway was built to link Boksburg to Johannesburg in 1890.

The first coal mine was called Gauf’s Mine after the Manager Mr J.L. Gauf. Others were the Good Hope, Ferndale and many more. There now arose a pressing need for a more sophisticated coal distribution system than using teams of ox wagons. The mine owners strongly advocated a railway line between Johannesburg and Boksburg, but this was opposed by the waggoneers. President Kruger managed to persuade the Volksraad to approve the building of a "tram" line, ostensibly to transport passengers only! The Rand Tram (so named as to appease the transport riders) opened in 1890, between Johannesburg’s Park station and Boksburg station. The line was subsequently extended to Brakpan and Springs, where large deposits of superior quality coal had been discovered. Also, deposits of high grade fireclay were discovered in Boksburg, which gave impetus to development of a fireclay manufacturing industry. All this helped the importance of the gold mining industry.

Coal mining came to an end in 1895 after underground fires broke out, rendering the entire mining area unsafe.

Immediately to the north of Boksburg Township was a large muddy vlei fed by a small stream from the North-East. This vlei was the only watering place for stock between Middelburg and Johannesburg and the government received strong representations from transport riders and others for improved watering facilities near the public outspan west of the town. It was accordingly decided to build a small dam at the outlet of the vlei. Work on the dam was not proceeding satisfactorily, so Montague White, appointed Mining Commissioner of the Boksburg Goldfields in 1888, was asked by President Kruger to look into the matter. White said soon after arriving in Boksburg that the place was one of the "most uninviting spots" he had ever seen. Two things dear to him were needed: a stream or well-ordered sheet of water and trees, instead of the barren area of muddy pools which he found.

White was able to persuade a reluctant President to build a larger dam than was originally envisaged, because he visualised the ugly vlei being transformed into a beautiful lake fringed with trees. However, after completion, the new lake stood empty for nearly two years and became known as "White’s folly". In 1891 the rains came, there was a cloudburst north of the dam one night and the next morning the citizens awoke to find a large lake filled and running over. Ever since then, it has been a popular and attractive feature of Boksburg and an integral part of its central area.

After the discovery of gold in the late 1800s, people of all races flocked to Boksburg—some hoped to get rich, others just wanted employment. Most workers initially resided in the Boksburg North area but another area was later established for all mine workers dubbed, Julewe, the Zuluword for Place of Work.

The Government of the time declared that all coloured, Asian and black people should live in Julewe, which was situated between two wetlands and close to the mines (Cinderella and Hercules Mine Shafts).Julewe was divided in two by the main road, Church Road, running through it, with black mine workers on the one side, and coloureds, who moved to the Transvaal from the Eastern Cape, on the other. Close to the entrance of the township, was the Asian trading market known as Kalamazoo.

The Hercules Mine Shaft, (the headgear and structures were demolished three years ago - [from 2007]) was the deepest shaft in the world.

The Julewe community soon started schools and churches, and the Boksburg Coloured School, now known as Goedehoop Primary, is the oldest school in Boksburg, as it opened in 1905, with Mr G W Van Rooyen as the principal.

By 1911, the township was renamed Stirtonville, after the superintendent of the area.

As a precaution, and to monitor the amount of residents in the area, residents of Stirtonville each received a residential permit, while people who wanted to visit family or friends residing in the township, had to obtain a temporary day-pass, in order to enter the township.

But even the strict control of the "Black Jack" officers who patrolled the township, failed to detect a few people creeping in and hiding away in the dense township.

One of the people who did this, is one of the most iconic people in the world, the Nobel prize-winner and former President Nelson Mandela.

It is rumoured that Madiba hid in Stirtonville, with authorities hot on his heels. Madiba years later returned to this area, where he was given the Freedom of the City.

During the 1960s, all the black residents were moved to a new township on the border of Boksburg and Germiston, called Vosloorus and the Asian residents to Actonville, and Stirtonville became the sole residential area of the coloured community. The community decided to rename their suburb to Reiger Park, in 1962.

Two years later, town council agreed to change the street names, which were mainly African words. The Reiger Park Stadium was built upon a cemetery, mainly used for Chinese mine workers—the remains were never removed. Reiger Park has developed a fearful reputation, mainly due to gang violence.

Today it is a community focussed on change and remaining positive to build a bright future. The township has over 100 formal and informal churches, four primary school, two high schools, and some community facilities, including a public library and swimming pool.

The oldest mosque in the Gauteng area was also to be found in this suburb, but a fire in 2003 destroyed it completely. In 2003 a new shiny mosque, Masjid Al-Noor, was erected.

Boksburg boasts a diversified industrial and mining centre. It has become one of the most important gold-producing towns on the Witwatersrand.