Singer and horseman Gene Autry (Gene Autry) agrees to work for a traveling rodeo managed by Jennifer Benton (Virginia Grey). This angers rival rodeo owner Stag Johnson (Morgan Conway), who resolves to do whatever he can to derail Jennifers business interests. When Jennifers boss is hurt after Johnsons men set fire to her rodeo equipment, Gene realizes he must act. Aided by pal Frog Millhouse (Smiley Burnette), he crafts a plan to knock Johnson down a peg. 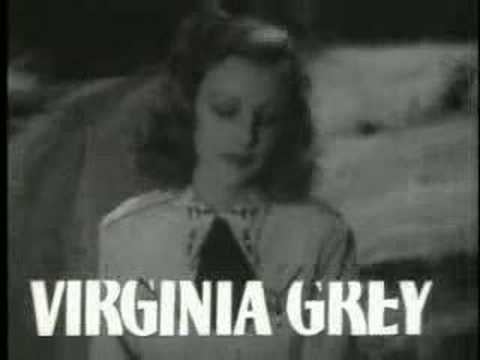 Bells of Capistrano is a 1942 American Western film directed by William Morgan and starring Gene Autry, Smiley Burnette, and Virginia Grey. Written by Lawrence Kimble, the film is about a singing cowboy who helps out a beautiful rodeo owner when her competitor gets too rough. The film features the popular songs "Forgive Me", "At Sundown", "In Old Capistrano", and "Dont Bite The Hand Thats Feeding You". Bells of Capistrano was Autrys final film before entering the service for World War II.

America's favorite singing cowboy Gene Autry stars in this vintage tale as an up-and-coming rodeo singer caught in the middle of two rival companies, both angling to ride the talented crooner to riches. Featuring several memorable musical performances from Autry, including renditions of "Forgive Me" and "In Old Capistrano," this rousing Western co-stars Smiley Burnette, Virginia Grey and Lucien Littlefield.

The World Wide Wild West Show is a struggling rodeo outfit about to be taken over by the powerful Johnson Brothers rodeo. Daniel "Pop" McCracken (Lucien Littlefield) and Melinda "Ma" McCracken (Claire Du Brey) from World Wide get into a brawl with Jed (Tris Coffin) and Stag (Morgan Conway) Johnson after the brothers catch the desperate McCrackens vandalizing their advertisements. Singing cowboy Gene Autry (Gene Autry) and his sidekick Frog Millhouse (Smiley Burnette) come upon the brawl and try to break up the fight, but Frogs little brother Tadpole draws the sheriffs attention, and soon they are all taken to jail, where Gene sings a song for his new friends.

The next day, Jennifer Benton (Virginia Grey), the owner of World Wide, bails Ma and Pop out of jail. After meeting Gene, she agrees to hire him hoping his singing will bring in people and improve business. Soon, Gene is drawing in the crowds eager to see the Singing Bronco Buster. Jed and Stag are not pleased with World Wides new success, having planned to take over the company prior to their upcoming important engagements in Capistrano. As part of their efforts to acquire World Wide, Stag has been wooing Jennifer, telling his brother he will even marry her in order to close the business deal. Gene tries to warn her about Stags motives, but she doesnt believe him.

Meanwhile, Jed and Jackie Laval (Marla Shelton), Stags former girl friend, pay Gene a call and offer him a job with the Johnson Brothers rodeo for more money. When Gene declines, they warn him that they will take World Wide apart by force if they have to. When Gene gets into a fistfight with Jed, Jennifer mistakenly assumes it is Genes fault. Determined to eliminate the competition, Jed returns to the World Wide camp with a gang of thugs, who proceed to destroy the camps equipment. When Jennifers horse bolts during the attack, Gene comes to her rescue, though she again blames him for the disturbance. When Stag offers to pay for the damage, a grateful Jennifer decides to marry him and sell him World Wide.

To prevent Jennifer from making a big mistake, Gene prevents the sale by having the deputy sheriff attach the rodeo for back wages. Broken-hearted by her failure as an owner, Jennifer hands the show over to Ma, Pop, and the other rodeo workers, telling them that she was going to give them the proceeds of the sale anyway. Later, when Jennifer tells Stag that she cannot sell the company after all, Stags negative reaction convinces her that Gene was right about Stags motives for romancing her. Jennifer returns to the World Wide camp, where her friends assure her that she is still the owner.

The World Wide Wild West Show travels to Capistrano and a big fiesta to celebrate their upcoming opening is organized. Unknown to Jennifer and the others, the Johnsons have planted one of their thugs, Jenkins, in Capistrano, and Jennifer unwittingly hires him. On the night of the fiesta, Jenkins sets fire to their campground, and Pop is injured while trying to rescue the horses. When Gene learns that a special doctor is needed to perform a delicate operation on Pop, he accepts a position with the Johnson Brothers who agree to advance him the money needed for Pops operation—its the only way he can raise that much money.

Without revealing the seriousness of Pops condition to Jennifer and the others, Gene leaves for the Johnson Brothers rodeo. When Gene discovers the connection between the Johnson Brothers and Jenkins, he agrees not to turn them in for arson if they pay Pops medical expenses and buy new equipment for World Wide. The Johnson Brothers agree to Genes proposal. Later, Jennifer and the others are relieved to learn that Gene did not desert them. After Pop recovers from his operation, Gene performs in a special show attended by a booking agent from New York City. The agent is so impressed, he books the entire group for a rodeo at Madison Square Gardens.

Bells of Capistrano was the only Gene Autry film to feature Virginia Grey. Born March 22, 1917 in Los Angeles, Grey was the daughter of director Ray Grey. One of her early babysitters was film star Gloria Swanson. Grey made her first film appearance at the age of ten in the silent film Uncle Toms Cabin (1927). After a few years of acting, she left movies to finish her education. In the 1930s, Grey returned to the screen in bit parts and eventually signed a contract with Metro-Goldwyn-Mayer, appearing in several feature films, including Another Thin Man (1939), Hullabaloo (1940), and The Big Store (1941). In 1942, she left MGM and signed with several different studios in the coming years. In the 1950s and 1960s, Grey appeared in popular melodramas, such as All That Heaven Allows (1955), Back Street (1961), and Madame X (1966). In the 1940s, Grey was romantically involved with Clark Gable. Following the death of Carole Lombard, Gable and Grey were often seen together socially, and many expected the two to marry, including Grey herself. In 1949, Gable married Lady Sylvia Ashley, and reportedly, Grey was heartbroken. According to friends, her great love for Gable was the reason she never married. Toward the end of her career, Grey appeared regularly on television programs such as General Electric Theater, Bonanza, and The Virginian. She died in Woodland Hills, California in 2004 at the age of 84.

After being notified to report for induction as a technical sergeant in the Army Air Force, Autry finalized principal photography on Bells of Capistrano on July 24, 1942. Two days later, on Sunday July 26, during the airing of the Melody Ranch radio show, Autry took the oath from Lt. Col. Edward Shaifer. He reported for duty at Fort Sheridan on August 3, 1942.