The changeover with arina rodionova 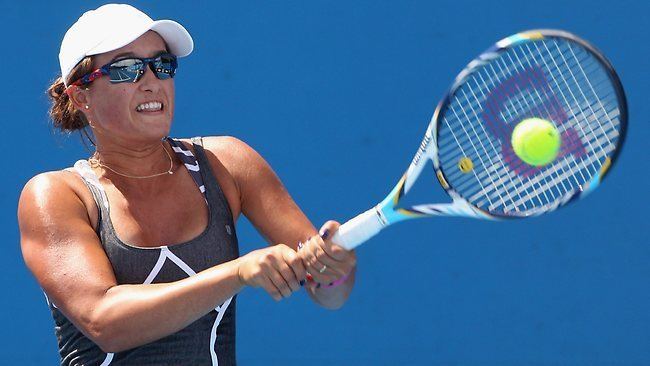 Rodionova has won seven singles and twenty-four doubles titles on the ITF tour in her career. On 24 May 2010, she reached her best singles ranking of world number 157. On 27 July 2015, she peaked at world number 41 in the doubles rankings. 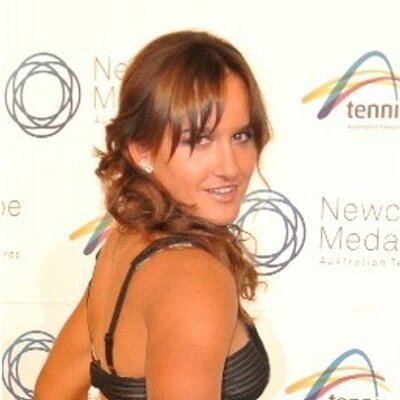 Rodionova's elder sister Anastasia is also a tennis professional, and the two sisters have intermittently contested doubles tournaments with modest success. Their most notable achievement as a team came at the 2010 Malaysian Open, in which they reached the final before losing to Chan Yung-jan and Zheng Jie in a super tie-break. 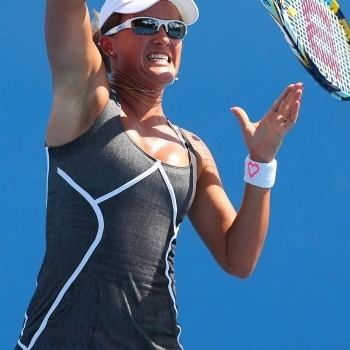 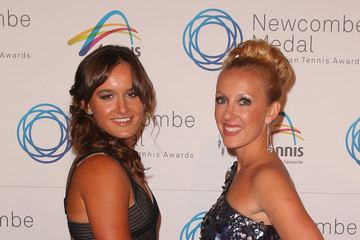 Rodionova made her debut as a professional in 2004 at an ITF event in Protvino, Russia. In 2005, she won a title in Minsk, followed by another win in Moscow the following year. In 2007, Rodionova and Evgeniya Rodina won the Australian Open Girl's Doubles title. In 2008, she finished as a runner-up in an ITF event in Istanbul. In 2009, Rodionova won 2 ITF titles in singles and 8 in doubles.

In 2010, Rodionova defeated Jarmila Groth in the final of a $25K tournament in Burnie. In doubles, she advanced to the final of the WTA-level 2010 Malaysian Open with her sister Anastasia. Although they defeated No. 1 seeds Alisa Kleybanova and Yan Zi along the way, the sisters lost the final match to Yung-jan Chan and Zheng Jie in a close three sets. She reached her career-high ranking of World No. 157 on 24 May 2010.

At the 2011 Australian Open, Rodionova equalled her career-best showing at a Grand Slam by qualifying for the main draw. She lost in the first round to fellow qualifier Anne Keothavong, 5–7, 4–6. She then won a $50K ITF event in May, partnering Darya Kustova. She qualified for the 2011 Aegon Classic, and won her first round match against Virginie Razzano. She then notched the biggest win of her career by defeating No. 1 seed and World No. 16 Kaia Kanepi in the second round. She lost to the No. 14th seed Magdalena Rybarikova in the third round. At the 2011 Wimbledon Championships, Rodionova barely missed out on qualifying for the main draw by losing to Kristyna Pliskova in three sets. She achieved very modest results through much of the rest of the year, losing in the first or second round of most tournaments she entered.

In 2012, Rodionova lost in the qualifying rounds of the 2012 Apia International Sydney and Australian Open. She then lost in the quarterfinals of a $25K ITF event in Burnie. She then competed in two more ITF events – losing in the second and first round, respectively. She picked up form in ITF Mildura, reaching the semifinals. Rodionova then competed in three more tournaments – losing in the second round of all three. She then failed to qualify in Copenhagen. Her best result of the year came at the WTA Clay event, the 2012 Grand Prix SAR La Princesse Lalla Meryem. She defeated Darija Jurak, Karolina Pliskova, and World No. 108 Mathilde Johansson to qualify for the main draw. Each match lasted three sets. She took on Timea Bacsinszky in the first round. Although she started well by winning the first set 6–2, she was forced to retire due a severe wrist injury she sustained while trailing 0–4 in the second set. She was also forced to withdraw from the doubles competition, where she and Anastasia were the No. 1 seeds. She will miss a big part of the clay court season to recover from the injury. Rodionova returned to the tour in July, where she was only able to make it past the first round in one of five ITF tournaments. However, she had a great result in Las Vegas, where she reached the semifinals. Following three more early exits in tournaments, she reached the final of a $25K event in Traralgon, and followed this up by winning her next tournament in Bendigo. She finished the year with two more early-round losses in Toyota and Dubai.

In 2011, Rodionova was drafted by the Washington Kastles WTT team, coached by Murphy Jensen. As a result of their 14-match win undefeated regular season, the Kastles secured the top seed in the Conference Championships where they beat the Boston Lobsters. In the WTT Finals the Kastles defeated the St. Louis Aces to capture the 2011 WTT Championship for the second time in its four-year existence, completing the first ever 16–0 season in WTT 36-year history. Rodionova was named Female Rookie of the Year just prior to the Conference Championship match and later WTT Finals MVP.

Arina Rodionova was born to Ivan and Natalia Rodionova and lives in Melbourne with her sister Anastasia. She began playing tennis aged three, "I began playing tennis when I was almost 3 years old. And why exactly tennis? There wasn't any choice for me with my dad being a coach and my sister a professional tennis player, but in the end I think it's worked well!". Rodionova cites Martina Hingis as her role model, and also admires Justine Henin and Bob and Mike Bryan. She prefers hard courts and forehand as a shot. Rodionova stated she believed "sense of humor is the most important thing above all", and cited Paul Walker favourite actor and 12 Chairs favourite book.