Antalya , is the eighth most populous city in Turkey and the capital of its eponymous Province. Located on Anatolias flourishing southwest coast bordered by the Taurus Mountains, Antalya is the largest Turkish city on the Mediterranean coast with over one million people in its metropolitan area. Antalya Province, which includes the city, is home to almost two million people and is the fastest-growing province in the Country.

The city that is now Antalya was first settled around the 200 BC by the Attalid dynasty of Pergamon, which was soon subdued by the Romans. Roman rule saw Antalya thrive, including the construction of several new monuments, such as Hadrians Gate, and the proliferation of neighboring cities. The city has changed hands several times, including to the Byzantine Empire in 1207 and an expanding Ottoman Empire in 1391. Ottoman rule brought relative peace and stability for the next five-hundred years. The city was transferred to Italian suzerainty in the aftermath of World War I, but was recaptured by a newly independent Turkey in the War of Independence.

Turkeys industrialization and modernization has seen a complete revival of Antalyas socioeconomic and political landscape. Large-scale development and governmental funding has seen the city become a world tourism hub, hosting a record 12.5 million tourists in 2014. Symbolic of the citys rapidly developing tourism economy, Antalya will host the 2015 G-20 summit in November of this year. 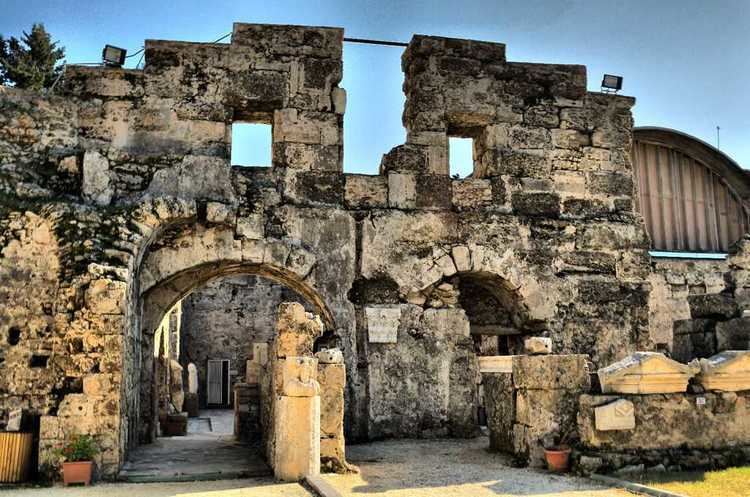 It is uncertain when the site of the city was first inhabited. King Attalus II of Pergamon is looked on as founder of the city in about 150 BC, during the Hellenistic period. It was named Attalea or Attalia in his honour and served as a naval base for his powerful fleet. Excavations in 2008 in the Do?u Garaj? district have uncovered remains dating to the 3rd century BC, suggesting that Attalea was a rebuilding and expansion of an earlier town. Attalea became part of the Roman Republic in 133 BC when Attalus III, a nephew of Attalus II bequeathed his kingdom to Rome at his death in 133 BC. The city grew and prospered during the Ancient Roman period and was part of the Roman province of Pamphylia Secunda, whose capital was Perga. 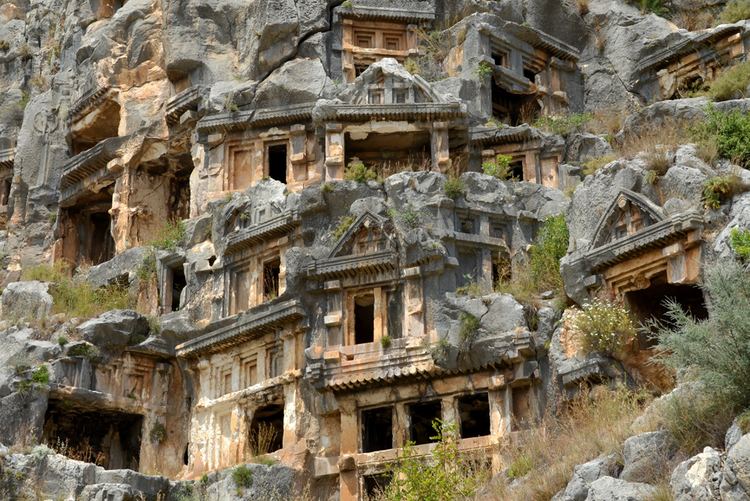 Christianity started to spread to the Region even in the 1st century: Antalya was visited by Paul of Tarsus and Barnabas, as recorded in the Acts of the Apostles: "Then they passed through Pisidia and came to Pamphylia. And when they had spoken the word in Perga, they went down to Attalia, and from there they sailed to Antioch". Some of the bishops attributed to the episcopal see of Attalea in Pamphylia may instead have been bishops of Attalea in Lydia (Yanantepe), since Lequien lists them under both sees. No longer a residential bishopric, Attalea in Pamphylia is today listed by the Catholic Church as a titular see.

The ruins of the 13th-century Seljuk mosque at Attalea was previously a Christian Byzantine basilica from the 7th century. The Great Mosque had also been a Christian basilica and the Kesik Minare Mosque had been the 5th-century Christian Church of the Panaghia or Virgin and was decorated with finely carved marble. The archaeological museum at Attalia houses some sarcophagi and mosaics from nearby Perga and a casket of bones reputed to be those of St. Nicholas, the bishop of Myra, further down the Turquoise coast.

Antalya was a major city in the Byzantine Empire. It was the capital of the Byzantine Theme of the Cibyrrhaeots, which occupied the southern coasts of Anatolia. According to the research of Speros Vryonis, it was the major naval station on the southern Anatolian coast, a major commercial center, and the most convenient harbor between the Aegean Sea and Cyprus and points further east. Besides the local merchants, "one could expect to see Armenians, Saracens, Jews, and Italians."

At the time of the accession of John II Comnenus in 1118 Antalya was an isolated outpost surrounded by Turkish beyliks, accessible only by sea. Following the fall of Constantinople in 1204, Niketas Choniates records that one Aldebrandus, "an Italian by birth who was strictly raised according to Roman tradition" controlled Antalya as his own fief. When Kaykhusraw, sultan of the Seljuk Turks attempted to capture the city, Aldebrandus sent to Cyprus for help and received 200 Latin infantry who defeated the attackers after a siege of less than 16 days.

The city and the surrounding region were conquered by the Seljuk Turks in the early 13th century. Antalya was the capital of the Turkish beylik of Teke (1321–1423) until its conquest by the Ottomans, except for a period of Cypriot rule between 1361 and 1373. The Arabic traveler Ibn Battuta, who visited the city in 1335-1340, noted:

From Alanya I went to Antaliya [Adalia], a most beautiful city. It covers an immense area, and though of vast bulk is one of the most attractive towns to be seen anywhere, besides being exceedingly populous and well laid out. Each section of the inhabitants lives in a separate quarter. The Christian merchants live in a quarter of the town known as the Mina [the Port], and are surrounded by a wall, the gates of which are shut upon them from without at night and during the Friday service. The Greeks, who were its former inhabitants, live by themselves in another quarter, the Jews in another, and the king and his court and Mamluks in another, each of these quarters being walled off likewise. The rest of the Muslims live in the main city. Round the whole town and all the quarters mentioned there is another great wall. The town contains orchards and produces fine fruits, including an admirable kind of apricot, called by them Qamar ad-Din, which has a sweet almond in its kernel. This fruit is dried and exported to Egypt, where it is regarded as a great luxury.

In the second half of the 17th century Evliya Çelebi wrote of a city of narrow streets containing 3,000 houses in 20 Turkish and four Greek neighborhoods. The town had grown beyond the city walls and the port was reported to hold up to 200 boats.

In the 19th century, in common with most of Anatolia, its sovereign was a "dere bey" (land lord or landowner). The family of Tekke O?lu, domiciled near Perge had been reduced to submission in 1812 by Mahmud II, but continued to be a rival power to the Ottoman governor until within the present generation, surviving by many years the fall of the other great beys of Anatolia. The records of the Levant (Turkey) Company, which maintained an agency in Antalya until 1825, documented the local dere beys.

In the 20th century the population of Antalya increased as Turks from the Caucasus and the Balkans moved into Anatolia. The economy was centered on its port that served the inland areas, particularly Konya. Antalya (then Adalia) was picturesque rather than modern. The chief attraction for visitors was the city wall, and outside a promenade, a portion of which survives. The government offices and the houses of the higher classes were outside the walls.

As of 1920, Antalya was reported as having a population of approximately 30,000. The harbor was described as small, and unsafe for vessels to visit in the winter. Antalya was exporting wheat, flour, sesame seeds, live stock, timber and charcoal. The latter two were often exported to Egypt and other goods to Italy or other Greek islands, who received mainly flour. In 1920, the city had seven flour mills. Wheat was imported, and then processed in town before exportation. Antalya imported manufactured items, mainly from the United Kingdom and United States.

The city was occupied by the Italians from the end of the First World War until the founding of the Turkish Republic in 1923. Large-scale development beginning in the 1970s transformed Antalya from a pastoral town into one of Turkeys largest metropolitan areas. Much of this has been due to tourism, which expanded in the 21st century.

In the early 20th century, Antalya had two factories spinning and weaving cotton. As of 1920, the factories had 15,000 spindles and over 200 looms. A German-owned mill baled cotton. There were gin mills. 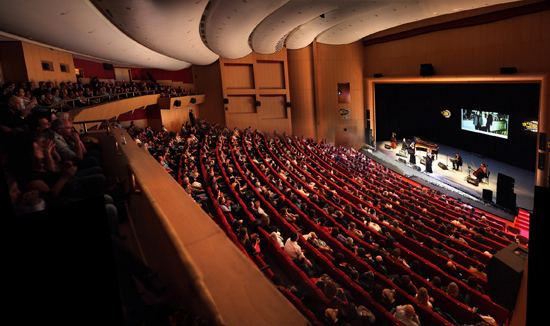 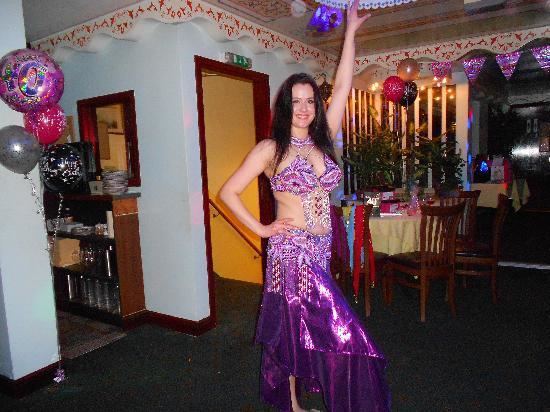