In memory of andreas katsulas

Andrew "Andreas" Katsulas (May 18, 1946 – February 13, 2006) was an American actor known for his roles as Ambassador G'Kar in the science fiction television series Babylon 5, as the one-armed villain Sykes in the film The Fugitive (1993), and as the Romulan Commander Tomalak on Star Trek: The Next Generation. He also played Vissian Captain Drennik in the Star Trek: Enterprise episode "Cogenitor." 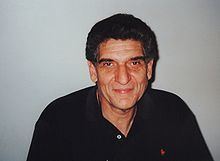 Babylon 5 in memory of andreas katsulas 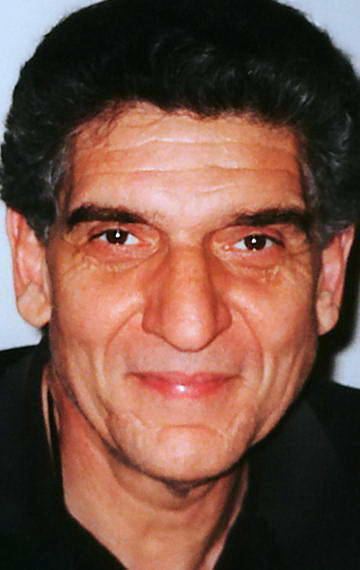 Born in St. Louis, Missouri to a working-class Greek American family, he first became hooked on acting when he was four years old and his mother took him to a local community theater. He studied theatrical arts at Saint Louis University and earned a master's degree in theatre from Indiana University. From 1971 to 1986, he toured with Peter Brook's international theatre company, performing improvisational and prepared theater pieces on stages ranging from Lincoln Center to barrios in Venezuela. In 1981-82, he appeared on the CBS daytime drama (soap opera), Guiding Light, as Lucien Goff, a mysterious one-eyed man (he wore a patch over one of his eyes) who tried to kill the character of Mike Bauer twice.

Katsulas moved to Los Angeles, California in 1986. His film roles include appearances in The Sicilian, Next of Kin, Someone to Watch Over Me, Sunset, Hot Shots! Part Deux, The Fugitive, and Executive Decision.

Katsulas was a regular on Babylon 5, where he played Ambassador G'Kar. He also guest starred on many television shows, including: Alien Nation; The Equalizer; Murder, She Wrote; NYPD Blue; Millennium; Star Trek: The Next Generation (episodes "The Enemy", "The Defector", "Future Imperfect", and "All Good Things...", as Commander Tomalak); Star Trek: Enterprise (season 2, episode 22, "Cogenitor"); and Max Headroom. He also appeared in the TV movie The Death of the Incredible Hulk. He featured as a voice actor in the PlayStation 2 titles Primal (as Scree the gargoyle), and 24: The Game (based on the TV series 24).

In early 2005, Katsulas, who in the words of Babylon 5 creator J. Michael Straczynski, "loved smoking with a passion that cannot be described" was diagnosed with incurable lung cancer. Shortly before his death, he invited Straczynski, Peter Jurasik, and Douglas Netter to his house for one last dinner, during which he persuaded Straczynski to tell him all the secrets about the making of Babylon 5 that had been kept from the public, saying "Who am I going to tell?" Katsulas died on February 13, 2006 at the age of 59. He was survived by his wife and two children.