Anandpur Sahib is a city in Rupnagar district (Ropar) in the state of Punjab, India. Known as "the holy City of Bliss," it is a holy city of the Sikhs and is one of their most important sacred places, closely linked with their religious traditions and history. It is located on the lower spurs of the Himalayas surrounded by picturesque natural scenery, with the river Sutlej forming a shimmering and shiny blue border on the south west barely four miles away. 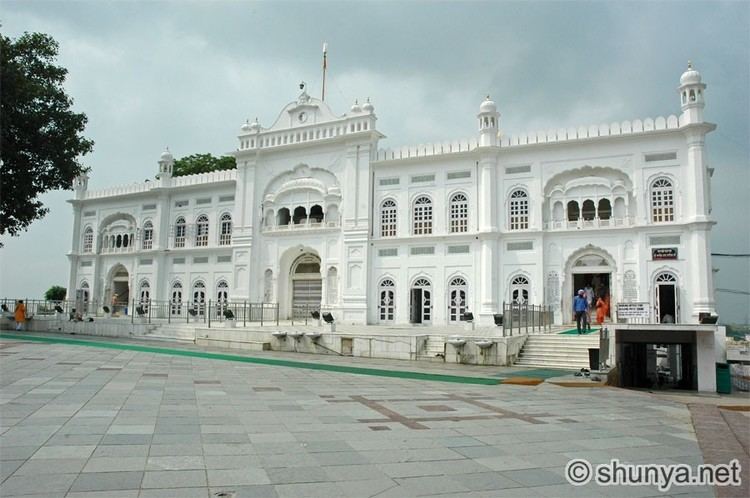 Anandpur Sahib was founded in 1665 by the ninth Sikh Guru, Guru Tegh Bahadur when he bought a tract of land. Here on the mound of Makhowal, Guru Tegh Bahadur raised a new habitation. The ground was broken on 19 June 1665, by Baba Gurditta. The new village was named Chakk Nanaki after the Gurus mother, Nanaki. The place later came to be known as Anandpur Sahib. 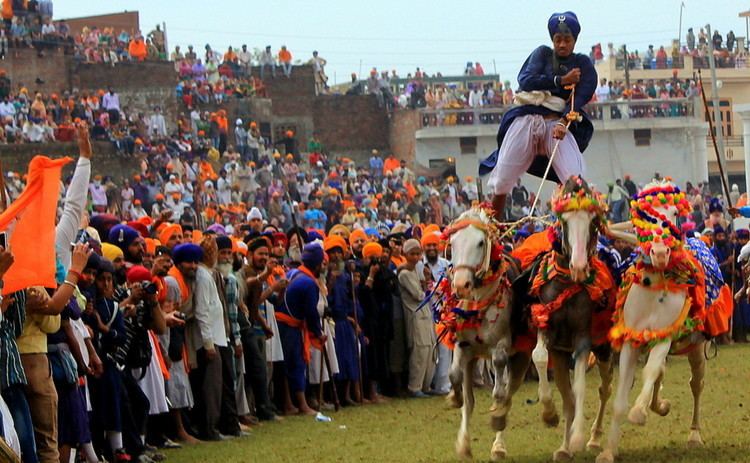 The fair lasts for three days. The Gurudwaras are specially decorated for the occasion. During Hola Mohalla, Anandpur Sahib wears a festive appearance and hums with activities in March. Community conferences and religious functions are also organized. On this occasion, Nihangs from all over the country gather for the celebrations. The highlight is a huge procession by the Nihangs, clad in their traditional dress and weapons, on the last day of the fair. The procession starts from the headquarters of the Nihangs, opposite Gurudwara Anandgarh Sahib, and passes through the bazaar, goes to village Agampur and reaches the fort of Holgarh, the place where Guru Gobind Singh used to celebrate this fair. Thereafter, the procession heads toward the sandy bed of Charan Ganga, where demonstration of martial games including riding, tent pegging, sword-wielding, etc. are witnessed by a large number of people.

Baisakhi in 1999, at Anandpur Sahib marked the completion of 300 years of the birth of the Khalsa. It was on Baisakhi day in 1699 that Guru Gobind Singh baptised the Panj Pyaras at the place where Takht Sri Keshgarh Sahib stands. 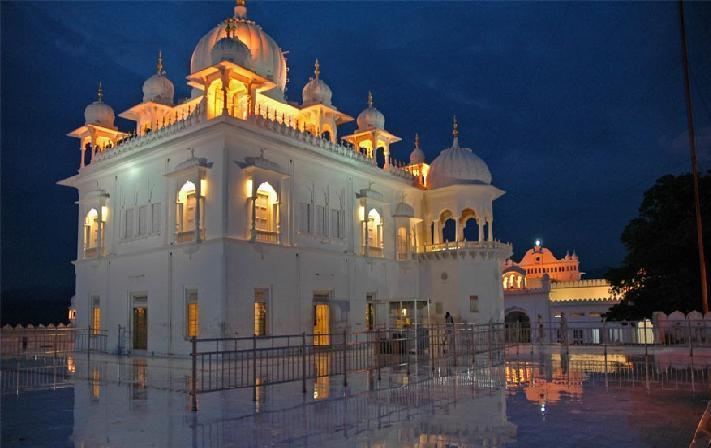 Anandpur Sahib (lit. City of Bliss) is situated on one of the lower spurs of the Shiwalik Hills in Ropar District of Punjab and is well connected with the rest of the country both by road and rail. It lies 31 km north of Rupnagar (Ropar) and 29 km south of Nangal Township. Being one of the supremely important historical centers of the Sikhs it has been reverently called Anandpur Sahib. It was here at Anandpur that on Baisakhi of 1699, Guru Gobind Singh inaugurated the Khalsa and the Panj Piare (the five beloved ones); hence inaugurating the order of Saint-Soldiers who pledged their dedication to defend the needy, poor and oppressed and their respective social, economic and political rights. This was a tradition of one of Worlds greatest Martyrs Guru Tegh Bahadur (the 9th Guru) who laid down his life in the defense of the Hindus on behalf of the Pandits of Kashmir.

The order of the Khalsa, at the wish of Guru Gobind Singhs would henceforth be distinguished by five symbols (a uniform of 5Ks), viz. Kes (uncut hair), Kangha (comb), Kacherra (drawers), Kara (an all-steel bracelet) and Kirpan (a sword) so that they could easily be recognized by anyone under attack. Sikhs were further instructed to live to the highest ethical standards, and to be always ready to fight tyranny and injustice.