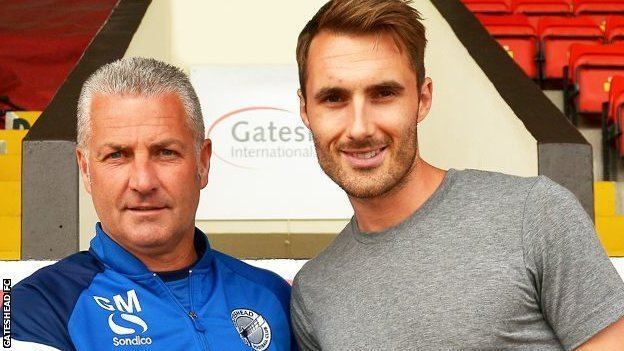 Rodman was a schoolboy with Aston Villa and Wolverhampton Wanderers before playing in the youth teams of Arden Forest and Coleshill Town. He started his senior career after signing for Leamington in 2005. After one season he signed with Grantham Town, leaving them in 2007 before having spells with Lincoln United, Gainsborough Trinity and Nuneaton Borough. He signed for Tamworth in 2008, winning the Conference North title in his first season with the club. After a season-and-a-half of playing for them in the Conference Premier, Rodman signed for League Two side Aldershot Town in 2011. He had a loan spell with York City from 2012 to 2013 before joining Grimsby Town. He helped them to the Conference Premier play-offs before moving to Gateshead in 2014. After one season with them he joined Newport County of League Two in 2015. 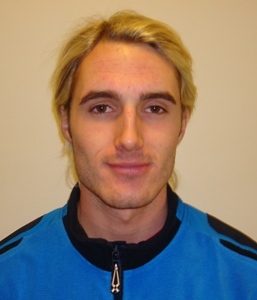 Born in Sutton Coldfield, West Midlands, Rodman played schoolboy football with Aston Villa and Wolverhampton Wanderers and in the youth teams of Arden Forest and Coleshill Town. He began his senior career after signing for Midland Football Alliance side Leamington in the summer of 2005, with whom was named as the 2005–06 FA Cup's "Player of the Round" for the third qualifying round following a successful 2–0 win over Woodford United. This helped Leamington to a first round tie against League One team Colchester United, which Rodman playing in as the team were beaten 9–1. He made 41 appearances and scored five goals for Leamington in the 2005–06 season, playing mostly as a right wing-back and a midfielder.

Rodman signed for Northern Premier League Premier Division side Grantham Town at the start of the 2006–07 season, after an unsuccessful trial with Alfreton Town. Having finished the season with 33 appearances and two goals for Grantham, he signed for Lincoln United of the Northern Premier League Premier Division in July 2007 after Grantham's relegation to the Northern Premier League Division One South. He scored five goals in 20 games for Lincoln before signing for Conference North side Gainsborough Trinity in November 2007, making his debut as a substitute in a 1–0 defeat at Burscough on 3 November. Having scored two goals in 12 appearances, he departed Gainsborough for league rivals Nuneaton Borough on 30 January 2008. He scored two goals in nine games for Nuneaton.

Rodman signed for Tamworth on a one-year contract on 30 May 2008 with Nuneaton experiencing financial difficulties. He finished the 2008–09 season with 10 goals in 40 games as Tamworth won the Conference North title, and in June 2009 signed a new one-year contract ahead of their return to the Conference Premier. Following his first season with Tamworth back in the Conference Premier, in which he scored two goals in 24 games, Rodman went on trial with League One side Notts County. After the trial came to an end Rodman signed a new one-year contract with Tamworth in July 2010. One of Rodman's last games for Tamworth was against Newport County on 11 January 2011, in which he scored a hat-trick, impressing County's Aldershot Town-bound manager Dean Holdsworth.

Rodman left Tamworth to join League Two side Aldershot Town on a two-and-a-half-year contract for an undisclosed fee on 26 January 2011. He made his first appearance for Aldershot on 29 January 2011 after coming off the bench at Gillingham to replace Wade Small in the 49th minute. Rodman scored a late consolation goal in a 2–1 defeat with a 25 yard shot during stoppage time. He finished the season with five goals in 14 appearances for Aldershot. Rodman missed the rest of the 2011–12 season after being diagnosed with a pulmonary embolism during January 2012, after tests showed he had three blood clots in his lungs. He had made 26 appearances and scored two goals for Aldershot up to that point in the 2011–12 season. He resumed training during the pre-season of 2012.

Rodman signed for League Two rivals York City on a two-month loan on 7 November 2012. He made his debut after starting York's 3–0 defeat at home to AFC Wimbledon on 10 November 2012, but was substituted in the 58th minute. He scored his first goal in his next appearance, in a 2–2 draw away at Port Vale on 17 November 2012. After making eight appearances and scoring one goal for York, the loan was extended until the end of the 2012–13 season in January 2013. Rodman was sent back to Aldershot on 4 April 2013 having been deemed surplus to requirements by new manager Nigel Worthington. He had scored one goal in 18 appearances for York.

Rodman along with the entire Aldershot squad were released following the club's relegation to the Conference Premier and subsequent entry into financial administration that followed. He signed a one-year contract with Grimsby Town of the Conference Premier on 8 July 2013. Rodman left the club on 12 May 2014 after deciding not to activate the clause for a further year in his contract.

After a move to Scottish Championship club Hibernian broke down, Rodman signed for Gateshead of the Conference Premier on a one-year contract on 14 July 2014. He made his debut on 9 August 2014 in a 3–1 home win against Torquay United. Rodman scored his first goal for Gateshead on 16 August 2014 in a 2–2 draw at Eastleigh. He made 44 appearances and scored 11 goals in the 2014–15 season as Gateshead finished 10th in the Conference Premier table.

Rodman signed for League Two club Newport County on a one-year contract on 9 June 2015. He made his debut for Newport on 8 August 2015 in the league two fixture versus Cambridge United.

Rodman has represented England in futsal, making five appearances between 2006 and 2007, and had also been a member of the English and British Universities squad whilst studying Business at Nottingham Trent University.

Rodman made his England C debut on 26 May 2010 against the Republic of Ireland, coming on as an 89th-minute substitute. He made his second appearance on 15 September 2010 against Wales semi-pro, scoring the second goal in a 2–2 draw. Rodman was then picked for the squad that would play Belgium on 9 February 2011 but withdrew due to becoming a Football League player.