A Word to the Wives is a 1955 sponsored comedy film directed by Norman Lloyd and starring Marsha Hunt and Darren McGavin. 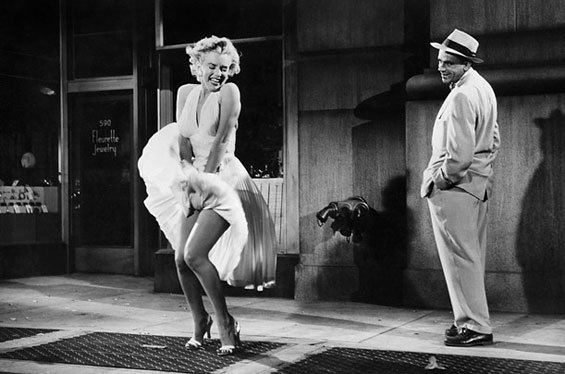 The film, now in the public domain, was sponsored by the American Gas Association, the National Association of Home Builders, and Womans Home Companion magazine, and features products by Caloric, Whirlpool Corporation, Formica Corporation, Republic Steel Kitchens, and Ruud.

Housewife Jane Peters is envious of her friend Alices new ranch house. At her Alices suggestion, she decides to trick her husband, George, into buying a new kitchen. Jane leaves her husband and son alone while she visits her mother in Cleveland.

George is completely incompetent when trying to cook for himself and his son in their aging kitchen. After Jane returns, the Peters visit Alice and her husband and find out more about the modern conveniences in their new home. George then decides that his entire home needs replacing, and he arranges to buy a new home, complete with his wifes dream kitchen.