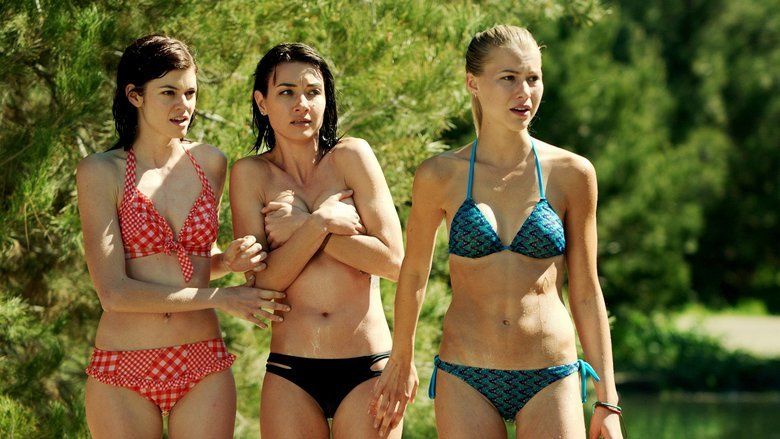 Zombeavers is a horror comedy film directed by Jordan Rubin, based on a script by Al Kaplan, Jordan Rubin, and Jon Kaplan. The film follows a group of college kids staying at a riverside cabin that are attacked by a swarm of zombie beavers. A trailer for the film was released in early February 2014 and went viral. 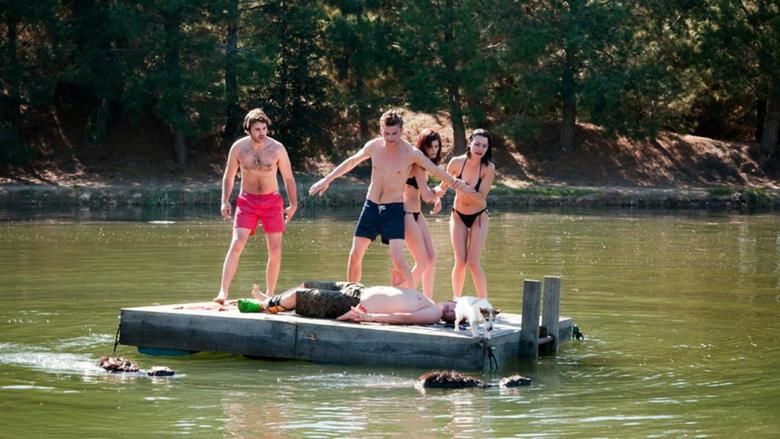 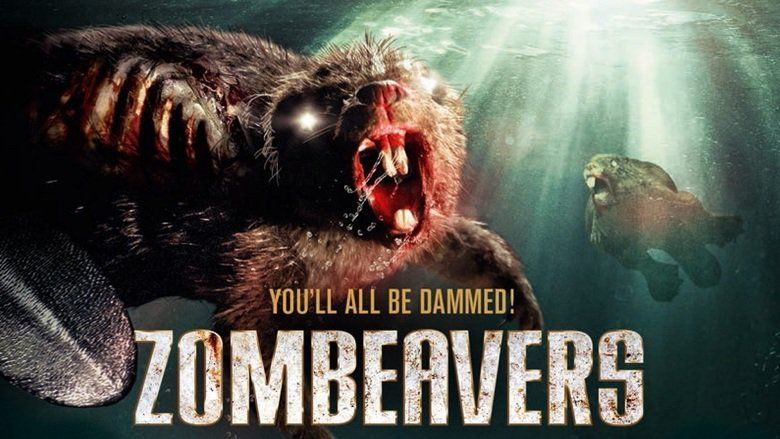 While transporting toxic chemicals, a pair of truckers strike a deer and lose one of their canisters. It rolls into a river, floats downstream, and splashes several beavers at their dam. Later, college students Mary, Zoe, and Jenn arrive at Marys cousins cabin near the dam. Although Zoe and Jenn are distraught that there is no cell phone coverage, Mary insists that they spend the next two days without interruptions from technology or boys. While swimming at the lake, the girls discover the beaver dam. When Jenn swims closer to see a beaver, they are surprised by a bear. Smyth, a local hunter, scares off the bear and admonishes the girls to stay away from the beavers and dress more appropriately. 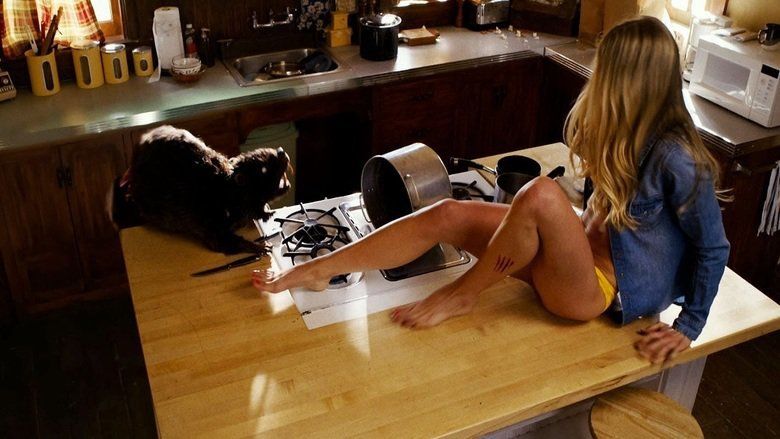 At night, the girls boyfriends â€“ Buck, Tommy, and Sam â€“ arrive and play a prank on them. Annoyed, Mary orders them to leave, but Zoe, who knew they were coming, insists they stay. Jenn talks Mary into letting them stay, as she wants to resolve her relationship issues with Sam, who has cheated on her. As the couples separate, Jenn leaves to take a shower, only to be attacked by a beaver. Tommy kills it with a baseball bat, but Jenn and Mary feel something is wrong with it beyond rabies. They put the corpse in a bag and put it outside on the porch. In the morning, they discover it is missing, and Jenn insists that it was not merely eaten by wildlife. 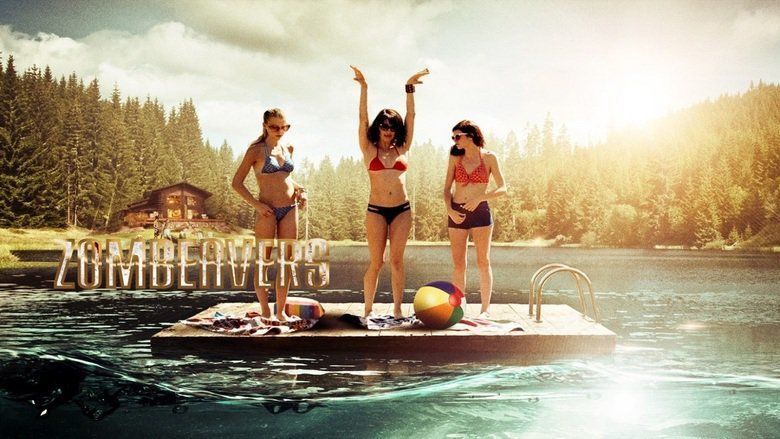 All but Jenn go swimming in the lake. Sam and Mary discuss whether to tell Jenn about their affair, but they are interrupted when beavers chew off Bucks foot and scratch Tommy. The same beaver that attacked Jenn earlier chases her back to the house. She pins it to the counter with a knife, but not before it scratches her leg. Sam throws Zoes dog into the water as a distraction, and the rest of the group flee to the house, where they realize the beavers have cut the phone lines. As zombie beavers surround the house, Tommy offers to leave with Buck to get help, and Zoe accompanies him. The beavers bring down a tree in the road, and Tommy sets off on foot, only to be crushed by another falling tree. 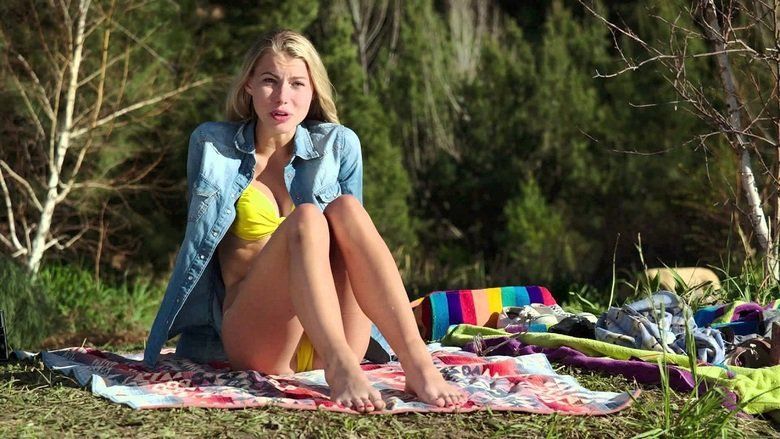 Smyth rescues Buck and Zoe, and they return to the house, which the others have boarded up. Unable to enter it, they go to the neighbors house. They discover the neighbors are dead, and their phone lines dead. As a result of her wounds, Jenn turns into a beaver-like zombie and attacks Mary. As Jenns saliva falls in Marys mouth, Sam rescues Mary by hitting Jenn from behind. Mary and Sam lock themselves in the bathroom and check each other for scratches. Satisfied that neither is wounded, they begin to have sex, but beavers interrupt them and kill Sam by biting off his penis. Meanwhile, Buck turns into a zombie and attacks Smyth. Zoe escapes by jumping through a window, bloodying herself in the process. 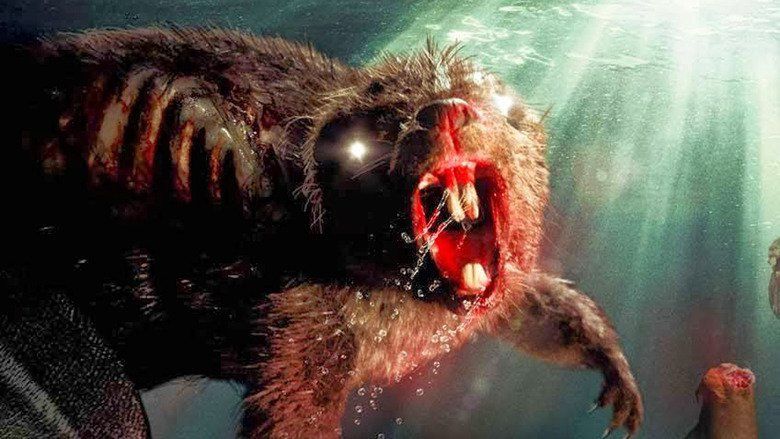 As a beaver sets Jenns cousins house on fire, Sam rises as a zombie. Once Mary kills Sam, she reunites with Zoe. Smyth, now zombified, shoots at them as they flee in his truck. Jenn jumps on top the truck, but Zoe runs her over. Together, Mary and Zoe reach the spot where Tommy died and turned into a zombie. With the road blocked, they decide to walk. Believing that Zoe may be bitten due to her bloody appearance, Mary holds her at gunpoint with a pistol recovered from Smyths truck. As Zoe protests that she is not infected, Mary begins changing into a zombie. Zoe kills her with an axe and walks away. On the road, she encounters the same truckers who had earlier dropped the canister, and they run over her accidentally. In a post-credits sequence, a honeybee becomes infected from a corpse and returns to its hive in a zombified state.

Al Kaplan, Jordan Rubin, and Jon Kaplan began working on the script for Zombeavers in 2012. Al Kaplan suggested the title Zombeavers to Rubin, who loved it and proposed that they write the film. Rubin then put together a proof of concept trailer compiled from footage from various horror movies, BBC nature shows, and social media outlets and presented the trailer to BenderSpink and Armory Films. The two companies agreed to finance the film and the movie went into pre-production shortly thereafter. The film features animatronic models of beavers as opposed to CGI special effects, and the models were created by Creature Effects. Actresses Cortney Palm, Rachel Melvin, and Lexi Atkins, along with comedian/actor Bill Burr, were all confirmed to be performing in the film. Principal photography took place in Santa Clarita, California at the Disney Ranch over a period of 21 days and with a small budget.

Epic Pictures Group uploaded the first official trailer for the movie on February 6, 2014, and the trailer quickly went viral, amassing over a million views in less than a week. The same month the production company also created several movie posters parodying Oscar Award nominated films Gravity, American Hustle, and Her.

Brent McKnight of giantfreakinrobot said, "Its as much of a blast as you could hope for." Rob Hunter of Film School Rejects called the movie "funny, smart, consistently entertaining," and Jason Gorber of Twitch Film "commend[s] its tenacious nature to mine every last drop of narrative and complexity out of a very slight but very funny idea." On the other hand, Variety gave Zombeavers a mostly negative review, commenting that "this debut feature for standup and sketch-comedy vet Rubin is not without flashes of ingenuity, but the one-joke premise wears thin even before the mercifully brief 76-minute running time is up." However, the critic adds that "Zombeavers is not a total wash, and seen at night, under the right combination of low expectations and controlled substances, it may even seem better than it really is." The Los Angeles Times was ambivalent as they felt that the movie was "a fun idea and, like a good undead animal, has some solid designs on hitting its target" but that this "doesnt necessarily save the experience of watching the film from being anything other than hairy."