Yekaterinburg (Russian: ; ), alternatively romanized as Ekaterinburg, is the fourth-largest city in Russia and the administrative center of Sverdlovsk Oblast, located in the middle of the Eurasian continent, on the border of Europe and Asia. At the 2010 Census, it had a population of 1,349,772.

Yekaterinburg is the main industrial and cultural center of the Ural Federal District. Between 1924 and 1991, the city was named Sverdlovsk () after the Communist party leader Yakov Sverdlov.

Yekaterinburg was founded in 1723 by Vasily Tatishchev and Georg Wilhelm de Gennin and named after Tsar Peter the Greats wife, Catherine I (Yekaterina). The official date of the citys foundation is November 18, 1723. It was granted town status in 1796. 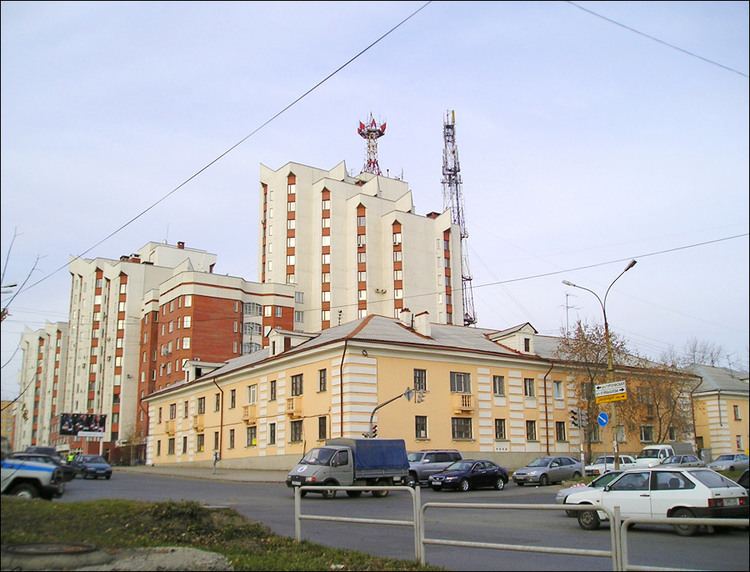 The city was one of Russias first industrial cities, prompted at the start of the eighteenth century by decrees from the Tsar requiring the development in Yekaterinburg of metal-working businesses. The city was built, with extensive use of iron, to a regular square plan with iron works and residential buildings at the centre. These were surrounded by fortified walls, so that Yekaterinburg was at the same time both a manufacturing centre and a fortress at the frontier between Europe and Asia. It therefore found itself at the heart of Russias strategy for further development of the entire Ural region. The so-called Siberian highway became operational in 1763 and placed the city on an increasingly important transit route, which led to its development as a focus of trade and commerce between east and west, and gave rise to the description of the city as the "window on Asia". With the growth in trade and the citys administrative importance, the ironworks became less critical, and the more important buildings were increasingly built using expensive stone. There was a proliferation of small manufacturing and trading businesses. In 1781 Russias empress, Catherine the Great, nominated the city as the administrative centre for the wider region, which led to a further increase in the numbers of military and administrative personnel in the city. 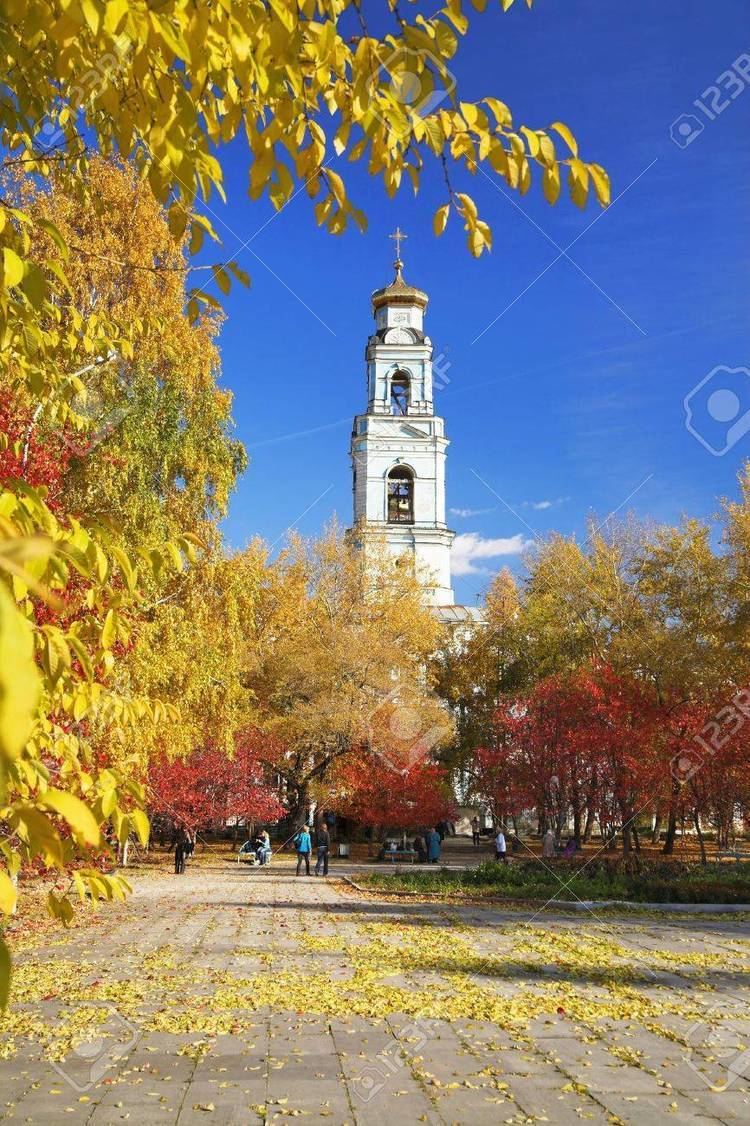 Yekaterinburg is situated on the border of Europe and Asia, 1,667 kilometers (1,036 mi) east of Moscow, on the eastern side of the Ural Mountains on the Iset River. It is surrounded by wooded hills, partially cultivated for agricultural purposes, and small lakes. The city features a humid continental climate (Dfb) under the Koppen climate classification. The winter lasts for about six months—from October until the middle of April—and the temperature may fall to ?45 °C (?49 °F), though rarely lower than ?20 °C (?4 °F) to ?25 °C (?13 °F). Summer in the Urals is short, with warm weather for only 65–70 days and an average temperature of +18 °C (64 °F). The citys location "behind" the mountain range and highly variable winds mean that the weather is quite changeable from one day to the next and from year to year.

The main areas of the citys industry are machinery, metal processing, and ferrous and non-ferrous metallurgy. 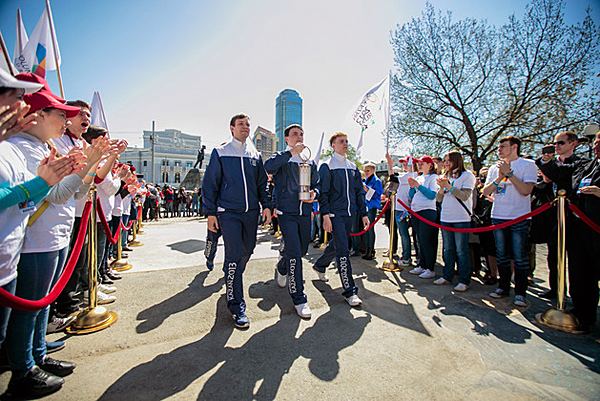 The city has several dozen libraries, including the V. G. Belinsky Scientific Library, which is the largest public library in Sverdlovsk Oblast. 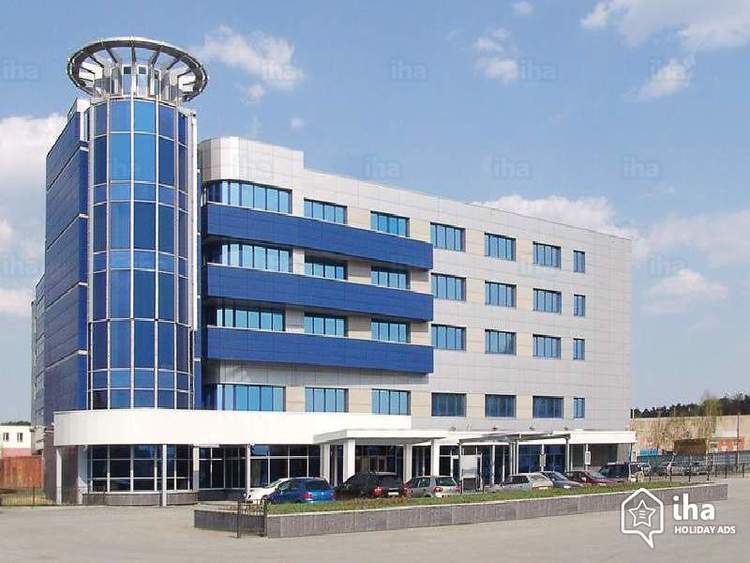 A number of popular Russian rock bands, such as Urfin Dzhyus, Chaif, Chicherina, Nautilus Pompilius, Nastya, Trek, Agata Kristi and Smyslovye Gallyutsinatsii, were originally formed in Yekaterinburg (Ural Rock is often considered as a particular variety of rock music. Yekaterinburg and St. Petersburg are actually considered to be the main centers of the genre in Russia). Also, some famous opera singers—Boris Shtokolov, Yuri Gulyayev, Vera Bayeva—graduated from the Urals State Conservatory. The Ural Philharmonic Orchestra (currently conducted by Dmitry Liss), founded by Mark Paverman and located in Yekaterinburg, is also very popular in Russia and in Europe, as well as the Ural Academic Popular Chorus, a famous folk-singing and dance ensemble.

There are over thirty museums in Yekaterinburg, including several museums of Ural minerals and jewelry, art galleries, one of the largest collections anywhere of Kasli mouldings (a traditional kind of cast-iron sculpture in the Urals), and the famous Shigirskaya Kladovaya (????????? ????????), or Shigir Collection, which includes the oldest wood sculpture in the world: the Shigir Idol, found near Nevyansk and estimated to have been made about 9,500 years ago. Only here can you see a collection of Nevyansk icons, in the Nevyansk Icon Museum, with more than 300 icons representing the 18th through the 20th centuries on display.

In 2014, the city showcased its education, literary, art and theater culture through the Russian Year of Culture Program.

Vladimir Yelizarovs Recording Studio SVE Records is based in Yekaterinburg. The studio is in a private residence built in 1837 under the title "The House of the Misters", in one of the historical centers of Yekaterinburg city, two hundred meters from Verkh-Isetsky Lake. In 1987, American singer Tina Turner recorded two tracks, which later appeared on her 1989 album Foreign Affair, whilst in the city as part of her highly acclaimed Break Every Rule World Tour.

Yekaterinburg also has a circus building, and one of the tallest incomplete architectural structures in the world, the Yekaterinburg TV Tower. There are also a number of unusual monuments: e. g. a popular landmark Keyboard monument and a monument to Michael Jackson.

According to Yekaterinburg News, the city has signed a cooperative agreement with the Russian mobile operator Vimpelcom, working under the Beeline brand. The partnership will involve cooperation on investment projects and social programs focused on increasing access to mobile services in the city. Beeline has launched an initiative to provide Wi-Fi services in 500 public trams and trolley buses in Yekaterinburg.