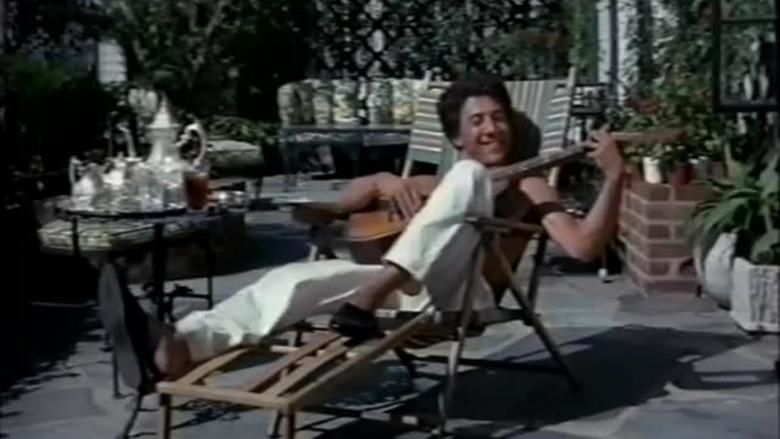 Who Is Harry Kellerman and Why Is He Saying Those Terrible Things About Me? is an American comedy drama film released in 1971 directed by Ulu Grosbard and starring Dustin Hoffman. It portrays a single day in the life of Georgie Soloway, played by Hoffman. Its narrative is stream of consciousness filled with both comedy and drama.

Georgie Soloway, a pop hit love song writer who cannot love, himself, or others. He spends his days with various women flying his plane, and dropping in to the world around him. 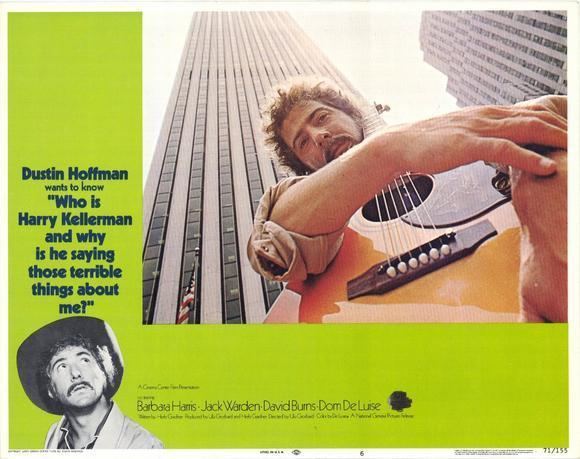 Georgie Soloway (Dustin Hoffman) is a rock music composer who experiences personal conflicts when trying to track down a man named Harry Kellerman, who had been spreading outrageous lies about him. Soloway is a rich and successful man who lives in a fancy penthouse apartment and seemingly has everything, but hes beginning to think he is losing his mind; he cant sleep, women hes dated are rejecting him after getting calls from the mysterious "Harry", and he fantasizes committing suicide by leaping off his balcony. Regular visits to his psychiatrist are not helping. At night he struggles with insomnia and can only sleep when his long-suffering accountant comes over and reads his earnings statements to him. When he does sleep, he dreams again about jumping to his death.

As Georgie tries to make sense of his life, he thinks back on his experiences. Although Georgie is a love song writer, hes never had a successful, lasting relationship. His first love, Ruthie, broke up with him after he got her pregnant and she had to have an abortion. He later met a kind waitress named Gloria whom he also got pregnant; he married Gloria and they had two children, but then he cheated on her and she asked for a divorce. More recently, he met an aging actress named Allison (Barbara Harris) who had just miserably failed an audition for a rock musical. Alison turned out to have a lot in common with him, including a failed marriage and thoughts of suicide. When he learns its her birthday, he takes her for a ride in his private plane and they spend one romantic evening together. 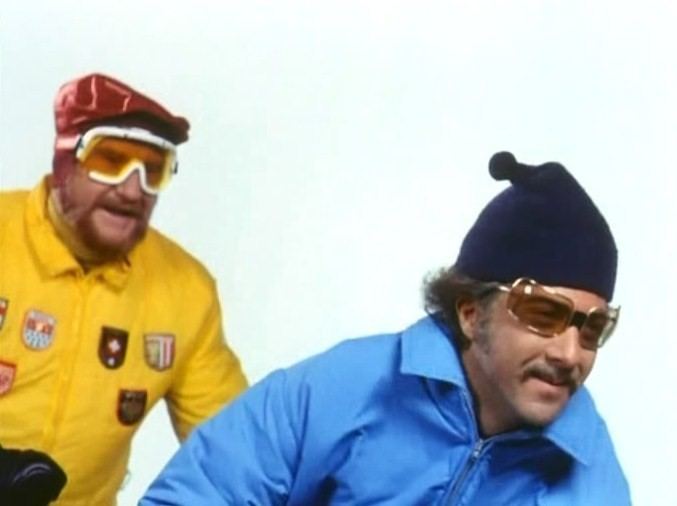 Georgie visits his aging father, who runs a small restaurant and has always had a dream of opening a bigger place. Georgie asks him why he doesnt move elsewhere and open the large restaurant of his dreams with the checks Georgie has sent him, instead of always sending back the checks. His father explains that he is starting to suffer the effects of arteriosclerosis and that its too late for him to open a new restaurant now, because he will soon die. Georgie goes for a ride over New York City in his private plane and looks for the cemetery where his father said he wanted to be buried. Then he tries to call first Ruthie and then Alison on the sky phone in the plane. Neither of the women recognize his voice, so he hangs up, but not before revealing that he himself is "Harry Kellerman."

At the end, Georgie is shown crashing his private plane into the buildings of Manhattan, then cheerfully skiing away with his psychiatrist.

The film was widely panned as a vapid, pretentious mess when it was released. However, many critics singled out Barbara Harris for praise; she received an Academy Award nomination for Best Supporting Actress. The film still holds the current (as of 2015) record in Academy Awards history as having the longest title of any Oscar-nominated film.

The film has been released on VHS, and was released to DVD by Paramount Pictures Home Entertainment on January 28th, 2014 but is not carried by any major film rental service.