This film by director Davis Guggenheim investigates the public school system in the United States, and uncovers the many ways in which education in America has declined. Rather than relying largely on statistics and expert opinions, Guggenheim focuses on five students Anthony, Bianca, Daisy, Emily and Francisco portraying their own individual struggles and triumphs within problem-plagued academic settings where there are no easy solutions to the myriad issues that affect them. 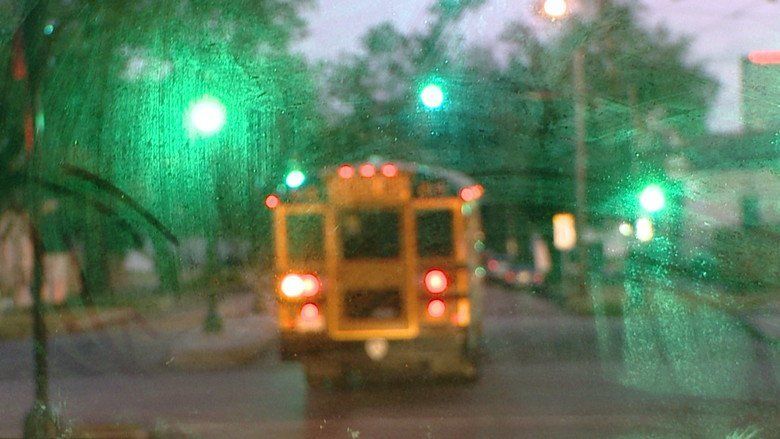 Waiting for "Superman" is a 2010 documentary film from director Davis Guggenheim and producer Lesley Chilcott. The film analyzes the failures of the American public education system by following several students as they strive to be accepted into a charter school. 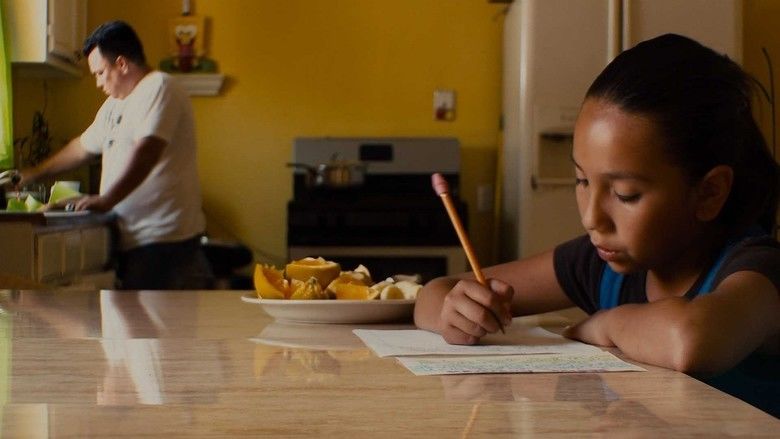 The film received the Audience Award for best documentary at the 2010 Sundance Film Festival. The film also received the Best Documentary Feature at the Critics Choice Movie Awards. 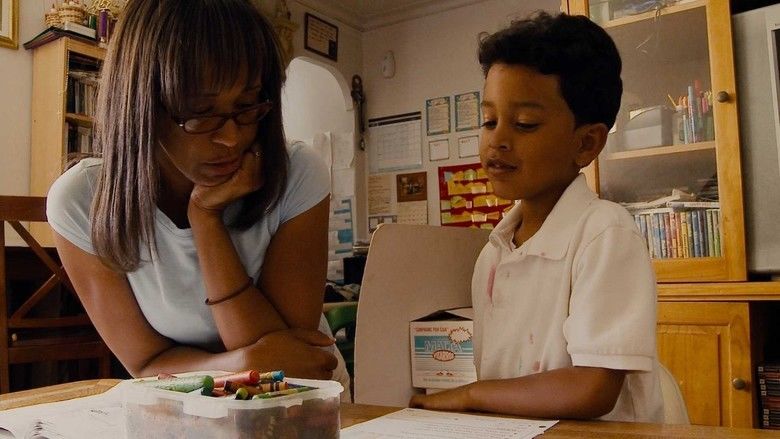 Gripping, heartbreaking, and ultimately hopeful, Waiting for Superman is an impassioned indictment of the American school system from An Inconvenient Truth director Davis Guggenheim. 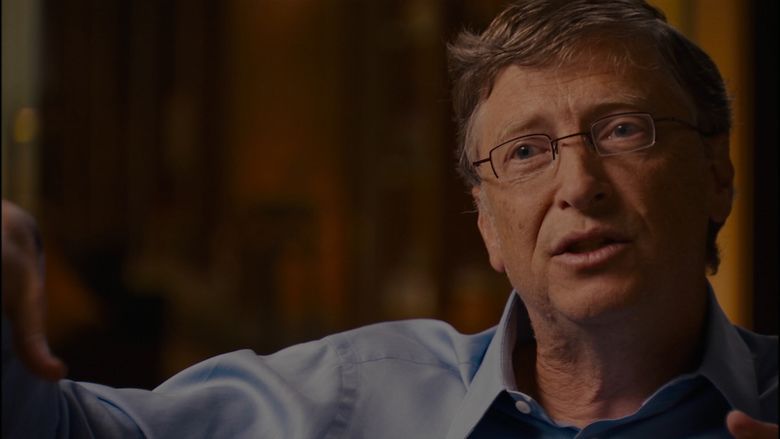 Geoffrey Canada describes his journey as an educator and his surprise when he realizes upon entering adulthood that Superman is a fictional character and that no one is powerful enough to save us all. 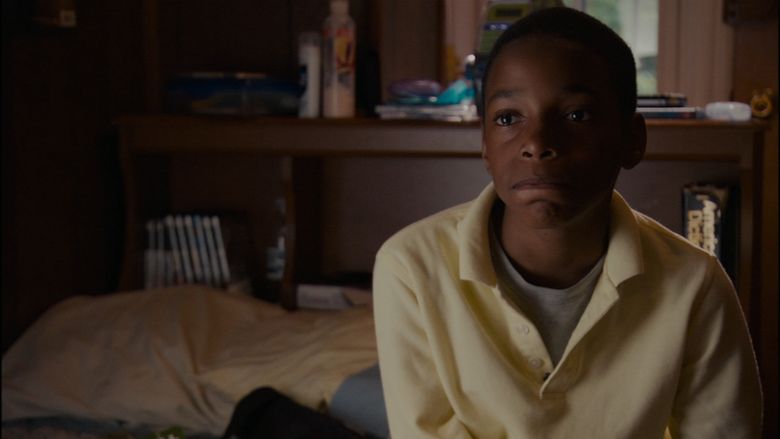 Throughout the documentary, different aspects of the American public education system are examined. Things such as the ease in which a public school teacher achieves tenure, the inability to fire a teacher who is tenured, and how the system attempts to reprimand poorly performing teachers are shown to have an impact on the educational environment. Teaching standards are called into question as there is often conflicting bureaucracy between teaching expectations at the school, state, or federal level. 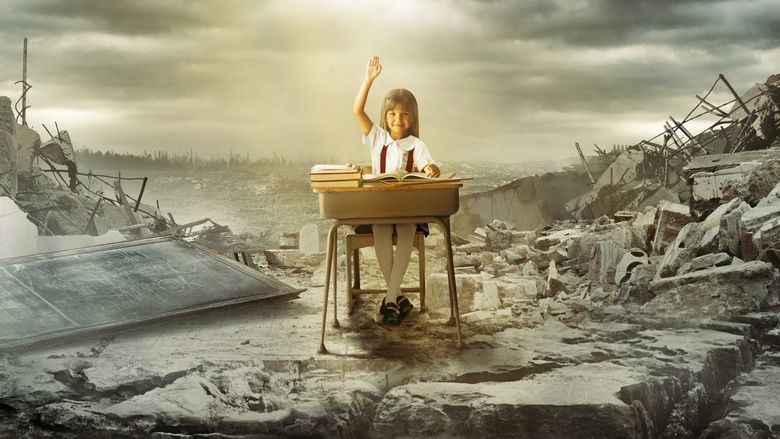 The film also examines teachers unions. Michelle Rhee, the former chancellor of the Washington, D.C. public schools (the district with some of the worst-performing students at the time), is shown attempting to take on the union agreements that teachers are bound to, but suffers a backlash from the unions and the teachers themselves.

Statistical comparisons are made between the different types of primary or secondary educational institutions available: state school, private school, and charter school. There are also comparisons made between schools in affluent neighborhoods versus schools in poorer ones. Since charter schools do not operate with the same restrictions as public institutions, they are depicted as having a more experimental approach to educating students.

Since many charter schools are not large enough to accept all of their applicants, the selection of students is done by lottery. The film follows several families as they attempt to gain access to prominent charter schools for their children.

Waiting for "Superman" premiered in the US on September 24, 2010, in theaters in New York and Los Angeles, with a rolling wider release that began on October 1, 2010. During its opening weekend in New York City and Los Angeles, the film grossed $141,000 in four theaters, averaging $35,250 per theater.

The films title is based on an interview with Geoffrey Canada wherein he recounts being told (as a child) by his mother that Superman was not real, and how he was frightened because there was nobody to save him.

The film has earned both praise and negative criticism from commentators, reformers, and educators. As of May 1, 2011, the film has an 89% rating on Rotten Tomatoes.

Roger Ebert gave the movie 3.5 stars out of 4 and wrote, "What struck me most of all was Geoffrey Canadas confidence that a charter school run on his model can make virtually any first-grader a high school graduate whos accepted to college. A good education, therefore, is not ruled out by poverty, uneducated parents or crime â€“ and drug-infested neighborhoods. In fact, those are the very areas where he has success." Scott Bowles of USA Today lauded the film for its focus on the students: "its hard to deny the power of Guggenheims lingering shots on these children." Lisa Schwarzbaum of Entertainment Weekly gave the film an A?, calling it "powerful, passionate, and potentially revolution-inducing." The Hollywood Reporter focused on Geoffrey Canadas performance as "both the most inspiring and a consistently entertaining speaker," while also noting it "isnt exhaustive in its critique." Variety characterized the films production quality as "deserving every superlative" and felt that "the film is never less than buoyant, thanks largely to the dedicated and effective teachers on whom Guggenheim focuses." Geraldo Rivera praised the film for promoting discussion of educational issues. Deborah Kenny, CEO and founder of the Harlem Village Academies, made positive reference to the film in a The Wall Street Journal op-ed piece about education reform.

The film has also garnered praise from a number of conservative critics. Joe Morgenstern, writing for The Wall Street Journal, gave the movie a positive review saying, "when the future of public education is being debated with unprecedented intensity," the film "makes an invaluable addition to the debate." The Wall Street Journal?????s William McGurn also praised the film in an op-ed piece, calling it a "stunning liberal expose of a system that consigns American children who most need a decent education to our most destructive public schools." Kyle Smith, for the New York Post, gave the movie 4.5 stars, calling it an "invaluable learning experience." Forbes??? Melik Kaylan similarly liked the film, writing, "I urge you all to drop everything and go see the documentary Waiting For "Superman" at the earliest opportunity."

The film also received negative criticism. Andrew OHehir of Salon wrote a negative review of the movie, saying that while theres "a great deal thats appealing," theres also "as much in this movie that is downright baffling." Melissa Anderson of The Village Voice was critical of the film for not including enough details of outlying socioeconomic issues, saying, "macroeconomic responses to Guggenheims query... go unaddressed in Waiting for "Superman," which points out the vast disparity in resources for inner-city versus suburban schools only to ignore them." Anderson also opined that the animation clips were overused. In New York City, a group of local teachers protested one of the documentarys showings, calling the film "complete nonsense", saying that "there is no teacher voice in the film."

Educational reception and allegations of inaccuracy

Author and academic Rick Ayers lambasted the accuracy of the film, describing it as "a slick marketing piece full of half-truths and distortions." In Ayers view, the "corporate powerhouses and the ideological opponents of all things public" have employed the film to "break the teachers unions and to privatize education," while driving teachers wages even lower and running "schools like little corporations." Ayers also critiqued the films promotion of a greater focus on "top-down instruction driven by test scores," positing that extensive research has demonstrated that standardized testing "dumbs down the curriculum" and "reproduces inequities," while marginalizing "English language learners and those who do not grow up speaking a middle class vernacular." Lastly, Ayers says that "schools are more segregated today than before Brown v. Board of Education in 1954," and thus criticized the film for not mentioning that "black and brown students are being suspended, expelled, searched, and criminalized."

Diane Ravitch, Research Professor of Education at New York University and a nonresident senior fellow at the Brookings Institution, similarly criticizes the films lack of accuracy. The most substantial distortion in the film, according to Ravitch, is the films claim that "70 percent of eighth-grade students cannot read at grade level," a misrepresentation of data from the National Assessment of Educational Progress. Ravitch served as a board member with the NAEP and says that "the NAEP doesnt measure performance in terms of grade-level achievement," as claimed in the film, but only as "advanced," "proficient," and "basic." The film assumes that any student below proficient is "below grade level," but this claim is not supported by the NAEP data. Ravitch says that a study by Stanford University economist Margaret Raymond of 5000 charter schools found that only 17% are superior in math test performance to a matched public school, and many perform badly, casting doubt on the films claim that privately managed charter schools are the solution to bad public schools. (The film says, however, that it is focusing on the one in five superior charter schools, or close to 17%, that do outperform public schools.) One of the reasons for the high test scores, writes Ravitch, is that many charter schools expel low-performing students to bring up their average scores. Ravitch also writes that many charter schools are involved in "unsavory real estate deals"

In 2011, many news media reported on a testing score "cheating scandal" at Rhees schools, because the test answer sheets contained a suspiciously high number of erasures that changed wrong answers to right answers. They asked Rhee whether the pressure on teachers led them to cheat. Rhee said that only a small number of teachers and principals cheated. Ravitch said that "cheating, teaching to bad tests, institutionalized fraud, dumbing down of tests, and a narrowed curriculum" were the true outcomes of Rhees tenure in D.C. schools.

A teacher-backed group called the Grassroots Education Movement produced a rebuttal film titled The Inconvenient Truth Behind Waiting for Superman. This film criticizes some public figures featured in Waiting for "Superman" and proposes different policies to improve education in the United States.

There is also a companion book titled Waiting For "Superman": How We Can Save Americas Failing Public Schools.