Updated on Apr 01, 2021
Edit
Like
Comment
Share
Sign in
On April Fools Day, people around the world usually play pranks on others.
Hoax stories are also often found in the press and media on this day
One of the popular trick involves telling ones friend his shoelaces are undone and when he looks down to glance at his shoes, the prankster declares the victim  being April Fooled 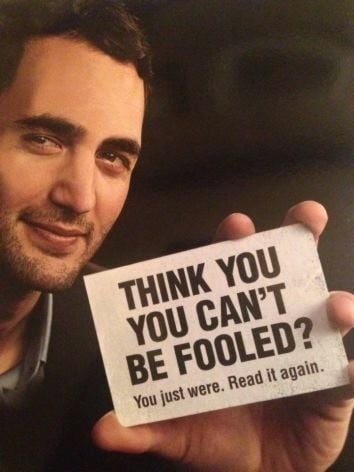 Origins of April fool & Different  theories
1. Biblical Origins: The origin of April Fools Day dates back to Bible days when the history of this day was first recorded. First theory pointing out to the origin of the day stems from the day in which Noah - one of the tenth and last of the pre-flood Patriarchs, the story of whom has been told in the Hebrew Bible in the Genesis Flood narrative and also in Sura 71 of Quran - sent a dove on 1 April to find dry land before waters subsided.
Some modern day pranks below

Another theory points to the fact that on 1 April, Jesus was sent from Pontius Pilate to Herod and back again. This journey was often considered to be an old expression of sending someone on a fools errand, thereby signifying that this could have been the origin of the essence of the April Fools Day.
2. Roman Theory: Pranks and mischief played upon people on 1 April also dates back to ancient Roman times. Romans and Celts are said to have celebrated a festival of practical jokes sometime around the time of March equinox which falls close to the day.
An ancient Roman myth also tells the story of the God Pluto who abducted Proserpina, the Goddess of grain and harvest. Proserpinas mother could only hear the voice of her daughter when she searched for her in the vast expense of the underworld. This fruitless search ended in vain and inspired the idea of a fools errand - giving birth to April Fools Day.
3. Change from Julian to Gregorian Calendar: Another theory attributes the origin of April Fools Day to the change from Julian to Gregorian calendar. According to folklores, several part of Europe celebrated New Year on 2 April when friends and family members often exchanged gifts under the Julian calendar. When the Julian calendar was suddenly changed to Gregorian calendar - which is an internationally accepted calendar even today, it caused confusion and troubles to people. When the new colander - named after Pope Gregory XIII - was introduced in 1582, changing the New Years Day to 1 January, some people who had forgotten about the change, continued celebrating New Year on 2 April.
Friends and family member used to mock and make fun of those who used to visit them on previous day - 1 April. Hence, the forgetful ones became victims of various pranks and jokes.
4. British Culture: As per British culture, the 13th century King used to declare every road he walked as public property. Once on 1 April, he was planning to travel a particular part of a town in Gotham in Nottinghamshire. Upon hearing the kings plans, people of the town refused him to enter their territory. The king then sent armies to the town who were perplexed to find all people engaging in stupid activities such as drowning fish. The king upon hearing about the stupid activities declared the town too foolish to warrant punishment - thus giving rise to the idea that 1 April was a fools day.
5. Stop at 12 Noon: April Fools Day is characterized with a renewal festival celebrated by most cultures around the world such as the end of winter and the beginning of spring.
The day, considered as one of the most interesting days of the year, often include wearing disguises and playing stupid pranks on family and friends. It is a time when normal behavior is not allowed, while mischievous and tomfoolery behavior is absolutely acceptable.
Do you know that according to tradition, the time for pranks and jokes must stop at 12 noon on 1 April?