An older actress (Gloria Swanson) flirts with a biochemistry professor (James Warren) on a coast-to-coast train. 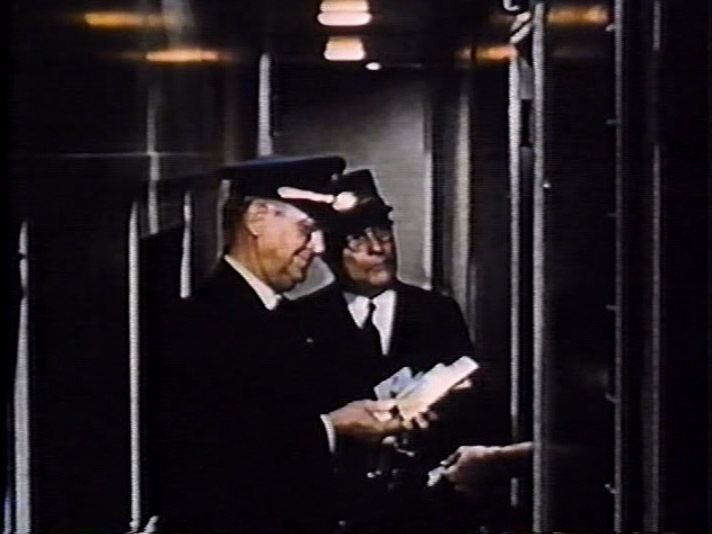 Three for Bedroom "C" (sometimes written as 3 for Bedroom "C") is a 1952 American comedy film released by Warner Brothers. It was directed by Milton H. Bren, who also wrote the screenplay. The film stars Gloria Swanson as an aging movie star. Music by Heinz Roemheld.

After beginning their train trip to California, a famous film actress and her daughter discover their compartment has also been assigned to a handsome biology professor. Comedy.

Riding high after the critical and financial success of Sunset Boulevard (1950), Swanson was offered more film roles. According to her, they were all pale imitations of Norma Desmond, her character in the hit film.

Reluctant to accept the roles, in fear of being typecast as a faded actress, she agreed to be in Three for Bedroom "C" because it offered something different â€” it was a comedy. This was her first film in color, and she was also costume designer for the project. Swanson hoped to duplicate her previous success. Unfortunately, the film underperformed with critics and with audiences.

Ann Haven (Swanson), an aging movie actress, receives an urgent wire demanding that she immediately return to Hollywood to star in a new film.

She is not thrilled with the idea, but decides to go anyway. She plans to leave New York for Los Angeles by train, bringing along her bold young daughter, Barbara (Janine Perreau). Unfortunately, the train is full so they have no choice but to stow away in a sleeping compartment. The berth belongs to a shy and introverted biochemistry professor from Harvard, Ollie J. Thrumm (James Warren). He ends up boarding the train in Chicago. Romance and complications ensue â€” including havoc from Anns agent Johnny Pizer (Fred Clark).