A taxi driver (Gordon Lam) guides a trucker (Julian Cheung) to a remote village that supposedly is haunted. 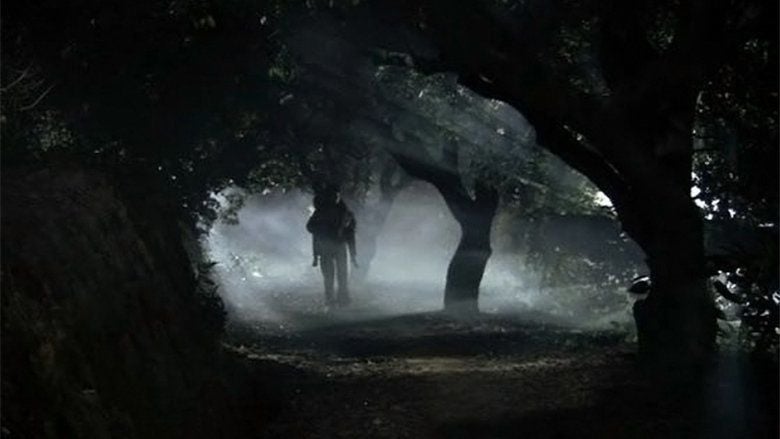 A helpless Taxi driver, a mysterious delivery boy, a 30 years abandoned motel, a touching past, all come together to form a strange tale. One day, a strange passenger Xiao Ma hires a taxi driver named Map King, paying him a huge sum of money to take him to an abandoned old motel. The Chun Lei Motel was mysteriously burnt 30 years before, and has been abandoned since. Very few people remember that the hotel ever existed and no one ever speaks of it. To Xiao Mas' surprise, the taxi driver actually knows the way to the motel. Ah Fang, was the owner of the motel. She had lived peacefully in the motel with her young son and husband. Seven days after the unfortunate death of her beloved husband, four thieves visited her motel. By the end of that evening, the motel was in flames and everyone involved had vanished. Thirty years after that fateful night, Xiao Ma and the taxi driver reach the motel.

A helpless Taxi driver, a mysterious delivery boy, a 30 years abandoned motel, a touching past, all stitches up to form a strange tale.

One day, a strange passenger "Pony" (Julian Cheung) hires a taxi driver "Map King" (Gordon Lam), paying him a huge sum of money to take him to an abandoned old motel "Chun Lei motel". This motel was mysteriously burnt 30 years ago, and has been abandoned ever since. No one knows of its existence, nor does anybody talks about it. To PonyÃ¢â‚¬â„¢s surprise, the taxi driver Map King actually knows how to get to the motel.

Ah Fang (Michelle Ye), the only female character in this story, is the owner of the Chun Lei motel. She started off her peaceful life with her only son until the day where "The 4 Thieves" visits her motel, on the seventh day after her husbandÃ¢â‚¬â„¢s death.. Mysteriously the motel was on fire right after the meeting and everyone had gone missing after the fire incident, and the motel was abandoned for 30 years. What actually happened to the motel? WhatÃ¢â‚¬â„¢s the reason behind the fire? What strange things happened on and after the seventh day of Ah FangÃ¢â‚¬â„¢s HusbandÃ¢â‚¬â„¢s death?....